In an official statement posted on his Facebook page on Saturday, January 22, Sipocot Mayor Tomas Bocago denied the claim of the Marcos camp that he supports the former senator’s presidential bid.

He reiterated his support for Vice President Leni Robredo through the hashtag #SipocotSupportsLeniRobredo.

Bocago said he would continue to support a leader whose competence has been proven at all times, especially during the pandemic. He also expressed his admiration for the the Vice President’s husband, the late interior secretary Jesse Robredo, whom he said contributed to the development of his political principles.

(The direction of my governance is clear; the late Jess Robredo greatly contributed to my political principles. I will never turn my back on a leader whose competence has been proven time and time again, especially during the pandemic.)

“Lubos ang aking paghanga sa pinunong mahusay, walang bahid korapsyon, at malinis ang track record na uri ng pamamahala (I have great admiration for a competent leader who has no taint of corruption, and with a clean track record – that kind of governance),” the Sipocot mayor added.

He is the third local chief executive from Camarines Sur who made the clarification after the Marcos camp claimed that 11 mayors from Robredo’s home province who met with Marcos Jr. supported his candidacy. On January 20, Pamplona Mayor Ronaldo “Boy” Franco and Milaor Mayor Anthony Reyes also clarified that they support the candidacy of their fellow Bicolano, and not Marcos Jr.

Bocago also confirmed that he met Marcos Jr. during a meeting of the Mayor’s League-Camarines Sur Chapter, but said that meeting was not supposed to be linked to any political endorsement.

He added that him appearing in the same photo as Marcos Jr. should not be taken as his endorsement of the presidential bet, as it was only coincidental. He said having group photos was a usual practice during the mayors’ gatherings. 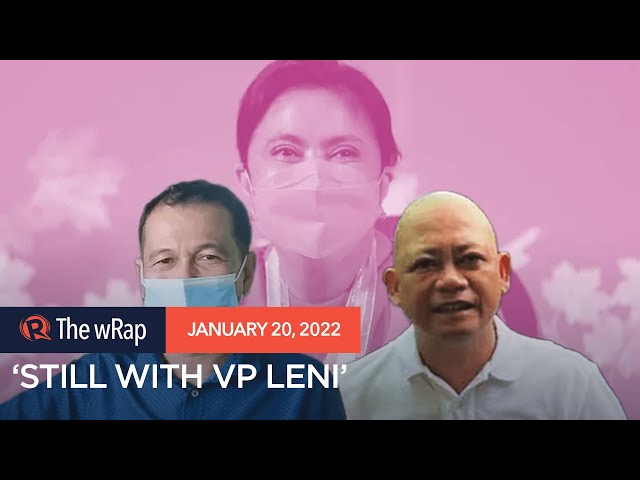 Robredo is banking on the support of her home region for her presidential bid. She won in Bicol in the 2016 vice presidential elections over Marcos Jr. and fellow Bicalanos Antonio Trillanes IV, Gringo Honasan, and Chiz Escudero.

Robredo is currently also working to improve her numbers against Marcos. In the December 2021 Pulse Asia survey, she is still a far second placer with 20% voter preference rating against Marcos’ 53%. – Rappler.com