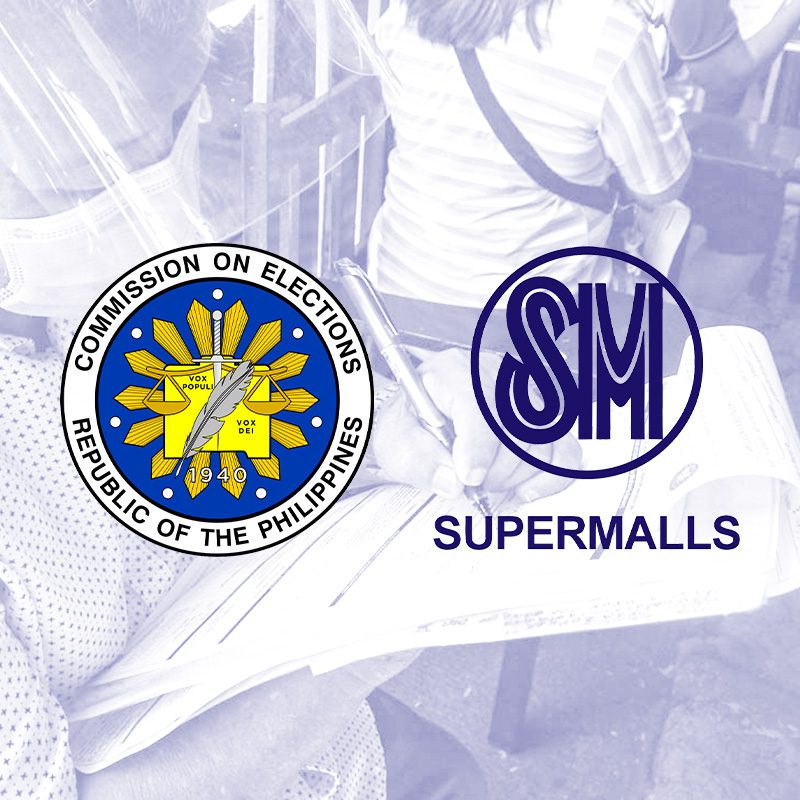 The Commission on Elections (Comelec) signed a memorandum of agreement with SM Supermalls on Friday, August 27, for the conduct of voter registration activities inside its commercial establishments.

“Our malls will serve as safe centers for registration and will help achieve the goal to register as many citizens as possible,” Tan said during the event.

“SM and the Comelec are working together to ensure that everyone has a chance to turn their patriotic dream into the reality of national governance,” Ferolino added.

The launch came just over a month before the September 30 voter registration deadline.

Satellite registration will take place only in areas under general community quarantine or modified GCQ.

This means that people in areas under enhanced community quarantine or modified ECQ will have to wait for hard lockdowns to ease before they can take advantage of mall registrations.

The Comelec usually publishes the exact schedules and participating malls on its social media accounts.

“For SM Malls, we have 81 malls. The time of registration will depend upon the coordination with local election officers. Usually, they will take into consideration the time of the mall hours,” Ferolino said.

“We really encourage people to walk in and come and register,” Comelec spokesman James Jimenez added.

Aside from SM Supermalls, Comelec also partnered with Robinsons and Ayala Malls for satellite voter registration.

Ferolino’s office said there are 22 participating Ayala malls and 47 Robinsons malls, bringing the total to 150 malls nationwide, if quarantine restrictions were not strict.

The poll body is firm against moving the September 30 registration deadline by at least another month, citing operational concerns. Instead, it extended daily voter registration hours, created an app to fast-track the process at sites, and launched online reactivation of voter data for those with deactivated records.

As of late August, 61 million people are eligible to cast their ballots for the May 9, 2022 polls – a vote which would determine the successor of President Rodrigo Duterte. – Rappler.com