STORED FILES. The Commission on Elections conducts a second trusted build of two components of the automated election system on January 13, 2022.

MANILA, Philippines – The Commission on Elections (Comelec) came up with new versions of the software to be used to automate the 2022 elections, in an effort to address issues encountered during the mock polls in December 2021.

The poll body had said that some minor glitches were encountered during the election dry run, particularly in the transmission system. 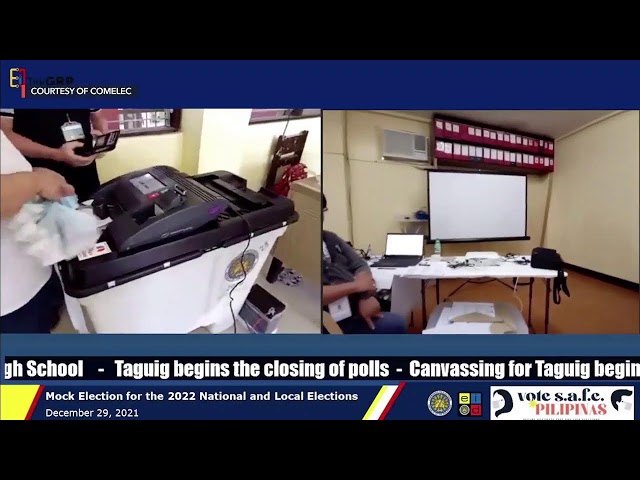 On Thursday, January 13, two of the three components of the automated election system (AES) were subjected to another trusted build, a process which basically converts the source codes – which are written in a human-readable programming language – into an executable file that computers can interpret.

These two components are the vote-counting machines (VCMs) and the consolidation and canvassing system (CCS).

“We have found some improvements that need to be corrected when we conducted our field test and mock elections last December,” Comelec Commissioner Marlon Casquejo said. “In our CCS, there are some issues to be resolved including source code so that is why we need to do another trusted build, as well as in our VCMs.”

As for the third component called the election management system (EMS), Casquejo noted no problem was encountered during the mock polls, so there was no need to rebuild it.

The Alabama-based Pro V&V, which was tapped by the Comelec for the second consecutive national election to certify that the AES software is operating accurately, was present during Thursday’s second trusted build in Manila.

The entire process, which was completely streamed on Facebook, took around four hours.

Three thumb drives containing the source codes were placed inside an envelope, to be deposited to the Bangko Sentral ng Pilipinas.

Four other thumb drives containing the trusted builds, meanwhile, were turned over to the Comelec’s Information Technology Department.

The second trusted build was conducted days after the Manila Bulletin reported about an alleged data breach in the Comelec’s servers, a claim that the poll body already denied and questioned due to the article’s loopholes.

There were also no indications that Thursday’s second trusted build was in any way related to the alleged hacking incident. – Rappler.com