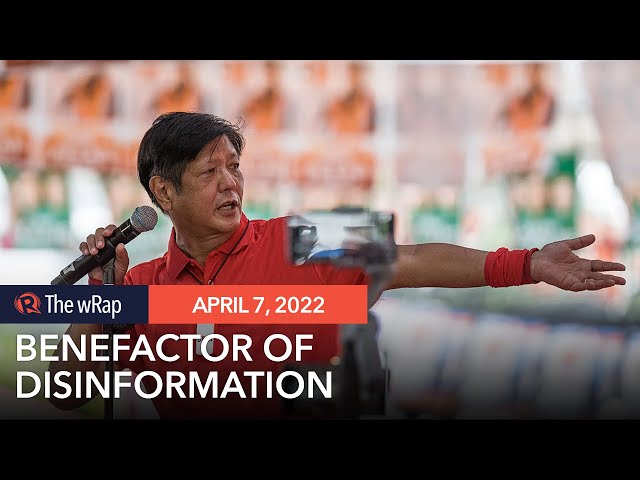 MANILA, Philippines – The presidential campaign of dictator’s son Ferdinand “Bongbong” Marcos Jr. is reaping benefits from a long-time disinformation machinery that not only whitewashed the atrocities under Martial Law but also targeted critics and political opponents, among others.

Fatima Gaw, assistant professor of communication research at the University of the Philippines College of Mass Communication, said that disinformation “is really priming the audience to rationalize [the Marcos] lies and distortions.”

“Ultimately, and I think more potently, it’s about empathizing with Marcos Jr,” she said in an episode of On The Campaign Trail aired on Wednesday, April 6.

“I know it’s ridiculous to hear that, but if Marcos Jr. claims to be a victim of a big cover-up and all of the things that he claims to be, perhaps people who’ve been exposed to the disinformation about his father, his family, his own political career, would probably feel sorry for him for being this victim,” Gaw added. 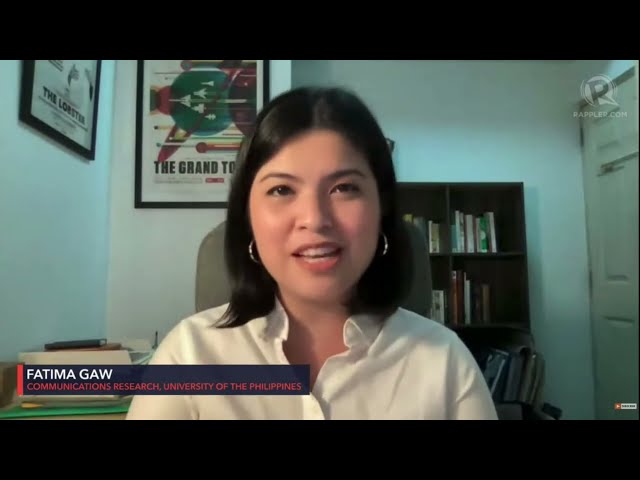 The recent episode of On The Campaign Trail, hosted by veteran journalist John Nery, tackled organized disinformation campaigns and how they have changed the media landscape on the run-up to the 2022 elections.

The Digital Public Pulse project, a study co-led by Gaw under the Philippine Media Monitoring Laboratory, which recently found indicators of “networked political manipulation” in relation to the 2022 elections.

The DPP project also earlier found that Youtube channels carrying Marcos Jr. content – accounts either owned or aligned with the dictator’s son – are rising in influence.

Now, Marcos Jr. is seen as a front-runner in the surveys, with the most recent Pulse Asia survey results showing that 56% of voters would pick him as president if the polls were held during the survey period of March 17 to 21. His latest figure is a a 4-point drop from his February 2022, but still far above Vice President Leni Robredo’s 24%.

Is disinformation the culprit behind Marcos Jr.’s lead in voters’ preference surveys? For Gaw, this shows how strong the Marcos rehabilitation through disinformation has been.

“You invest a lot from the very beginning, it would just be a lot of return of investment, especially in 2022,” she said.

Cleve Arguelles, professor of political science at the De La Salle University, echoed this, highlighting that the organized disinformation campaign fueled how voters perceive not just Marcos Jr. but also his opponents and the issues thrown against him.

“We know that this is six years in the making…that the Marcos family is really invested so much in the disinformation machinery that now that they only enjoying, reaping the benefits of that particular investment,” he said.

A Rappler investigative series published in 2019 also found how the Marcos family tapped social media to rehabilitate their image more than three decades after the dictator Marcos Sr. was ousted from office in 1986.

The systematic campaign employed an extensive network of websites, Facebook pages and groups, YouTube channels, and social media influencers to twist the proven and documented reports of atrocities under Martial Law, among others.

Arguelles recalled that the usual disinformation elements and narratives are already being echoed by people he had interviewed on the ground, which shows how the disinformation campaign is “a big part” of why he is presently leading in surveys.

“Things like the legacy of the Marcos family, their supposed investment on infrastructure, that they’re victims of the Aquino family – these are all narratives that were made popularized online by the Marcos disinformation machinery and we hear that on the ground, from voters themselves that these were their considerations, these are the things that they know and consider when choosing who to vote for as president,” he said. – Rappler.com 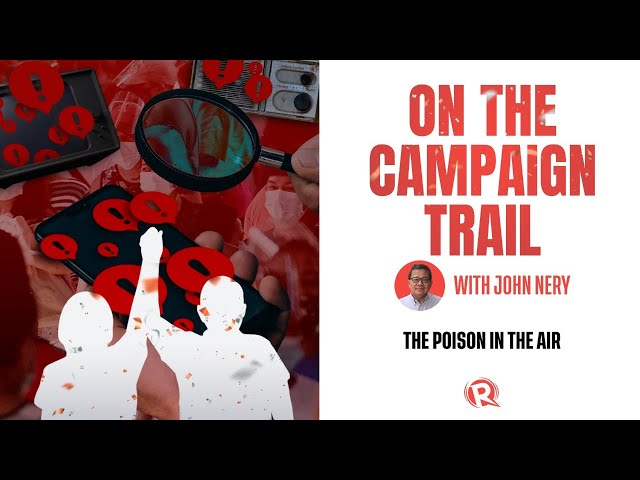