Gadon links 2022 rivals to ‘communists,’ claims cheating in polls – all without basis 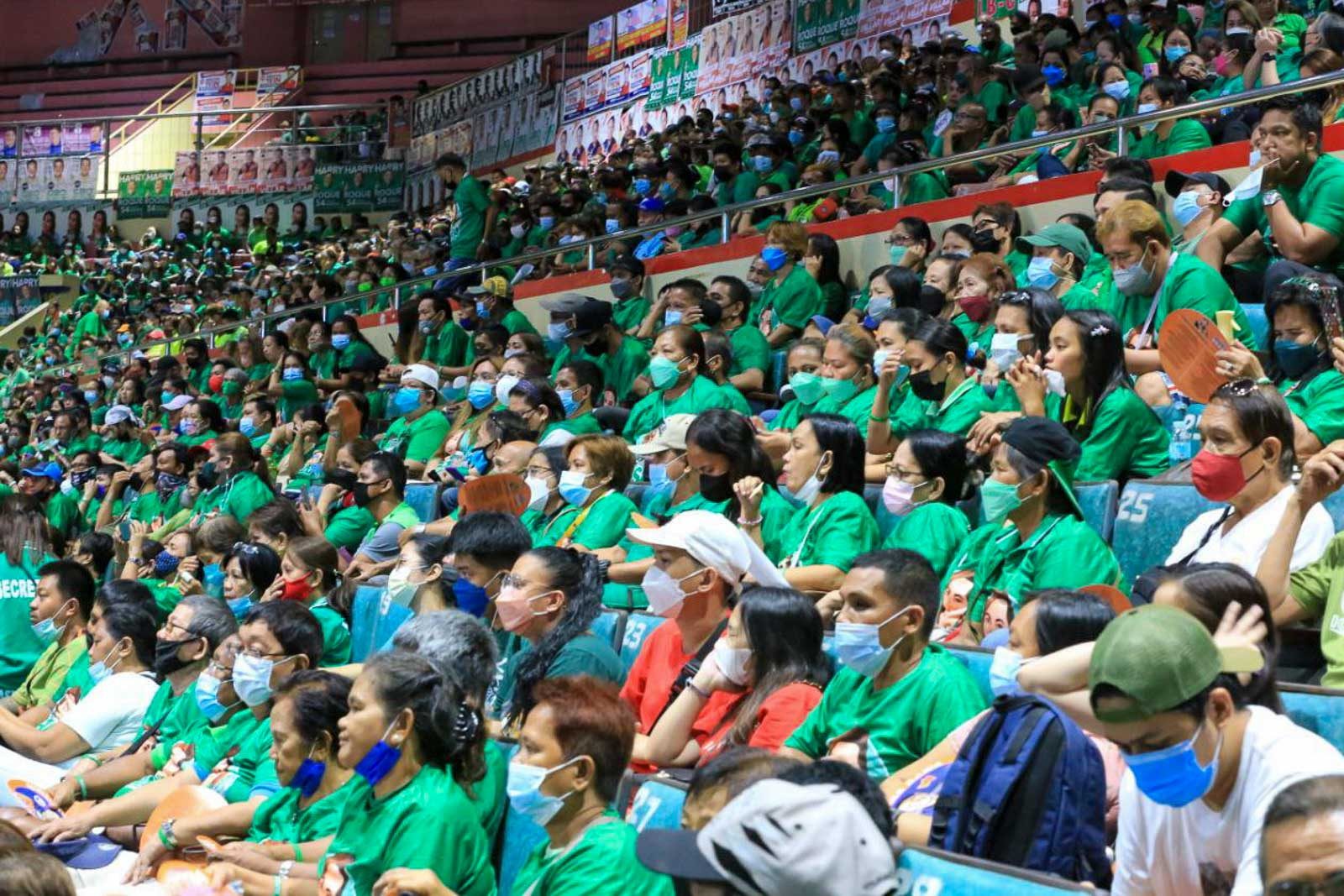 IN PASAY. Supporters listen to candidates during the UniTeam campaign inside the Cuneta Astrodome on March 16, 2022.

MANILA, Philippines – Larry Gadon, the suspended lawyer who’s seeking a Senate seat, claimed their rivals had links to “communists” as he made a pitch for the Uniteam slate on Wednesday, March 16, at the Cuneta Astrodome in Pasay City.

Gadon, who is part of the official Uniteam slate, was campaigning for vice presidential candidate Davao Mayor Sara Duterte, when he started listing down characteristics which, he said, the Philippines doesn’t need in a vice president. 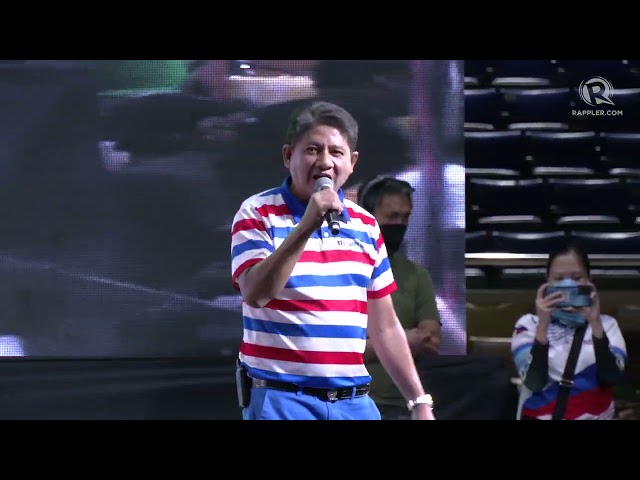 (Especially when it comes to the president. We have to be careful because the true colors of their candidate, our rivals are coming out… they are puppets, they will be puppets of the communists.)

While Gadon did not name whom he was referring to, it would be hard to miss that he was targeting Vice President Leni Robredo, who is running for president. Robredo, who ran under the then-ruling Liberal Party in 2016, has been attacked by die-hard supporters of President Rodrigo Duterte for her positions, many of which run counter to the administration’s policy. Gadon is also a known supporter of presidential candidate Bongbong Marcos Jr., whom Robredo defeated in 2016.

Red-tagging, or accusing a person, without basis, of ties to the communist movement in the Philippines, is something many allies of Duterte – both in government and outside – have resorted to, in silencing critics. Most recently, Cavite Representative Boying Remulla, an ally of Marcos Jr. and Sara Duterte, red-tagged supporters of Robredo after a massive campaign rally in the province that drew a crowd of over 47,000 people.

Robredo’s camp and her volunteers have condemned Remulla’s red-tagging.

To be clear, it is not illegal to be a communist in the Philippines. Still, red-tagging has become a dangerous move because in the case of human rights defenders and critics of the administration, it’s meant threats, harassment, bodily harm, and even death.

In a statement to reporters on March 16, Justice Secretary Menardo Guevarra said ”there’s nothing unlawful for any groups associated with the CPP/NPA to support any political party or individual in the forthcoming elections.”

“It is when they commit acts of violence to sow terror and destabilize public order in the guise of exercising their political rights that will prompt the anti-terrorism council to take action,” he also said.

Gadon claimed – again, without basis – there was “cheating” in past elections. He reminded the Pasay crowd – composed mostly of city officials and barangay leaders – not to leave their already-shaded ballots unattended and to make sure they feed it into the PCOS machine then check the receipt afterwards. “Nagkaroon ng dayaan na ang balota ay hindi pinapasok… ’wag na ’wag tayong pumayag, ’wag na ’wag tayong magpapaloko sapagkat doon tayo dinadaya,” he said.

The senatorial candidate, who was given a time limit to speak on stage just like the rest, did not elaborate on his allegations nor did he present evidence of the supposed cheating.

Gadon joined Duterte and fellow Uniteam slate bets Mark Villar, Harry Roque, Loren Legarda, and Gibo Teodoro on stage during the Cuneta Astrodome event. Valenzuela Mayor Rex Gatchalian, who stumps for his brother reelectionist senator Sherwin Gatchalian, was also on stage alongside Salvador Panelo, who is not a Uniteam senatorial candidate but is being endorsed by Sara Duterte.

Panelo, a PDP-Laban Senate bet, sang “Sana’y Wala Nang Wakas” but not before cheekily dedicating it to Sharon Cuneta, who had criticized the former Cabinet official for using the song in his sorties. Cuneta is the wife of vice presidential bet Senator Kiko Pangilinan and a member of the Cuneta clan, who once governed Pasay City.

Emi Calixto-Rubiano, the incumbent mayor, and her allies, “Team Calixto,” in Pasay endorsed Sara Duterte for vice president but did not mention a presidential bet in their two campaign stops on Wednesday. – Rappler.com