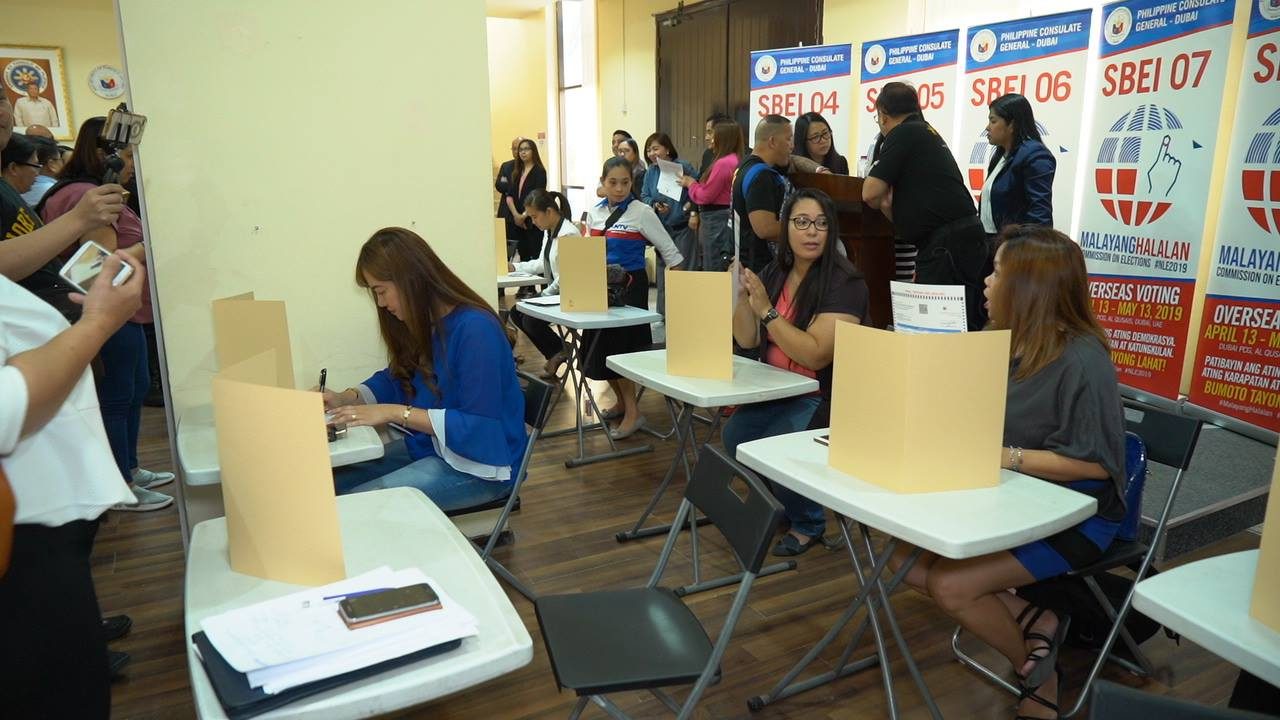 VOTE-COUNTING MACHINES. The Philippine Consulate General in Dubai conducts the Final Testing and Sealing (FTS) of vote-counting machines for the 2019 midterm elections on April 6, 2019.

Facebook Twitter Copy URL
Copied
In this pandemic-era election, voters in most areas will be mailing their ballots, rather than showing up personally to cast their votes

MANILA, Philippines – The Commission on Elections (Comelec) on Wednesday, January 19, released the final list of specific modes of overseas voting for the 2022 elections.

Registered overseas Filipinos will be able to cast their votes in the Philippine embassies and consulates in their areas during the month-long voting period from April 10 to May 9, 2022.

Voters can either vote manually or via automated election system (AES). Each vote may be done personally or via post.

These are the distinctions among them:

In this pandemic-era election, voters in most areas will be mailing their ballots, rather than showing up personally to cast their votes.

See the tables below to see the mode of voting per Philippine post abroad:

In Europe, just five countries and areas will require voters to appear personally to vote. These are Barcelona, Angola, Madrid, Milan, and the Vatican City. The rest will be using the postal mode of voting.

Meanwhile, six posts will be using AES to count votes, while the remaining 19 will count manually.

In the Middle East and Africa, which was the most vote-rich region in 2016 and 2019, 22 countries and areas will require personal voting, while 41 will hold postal voting.

Twelve posts will be using AES to count, while seven will count manually.

The Comelec earlier announced that voting was suspended in Tripoli, Libya, and Baghdad, Iraq, due to conflict in these areas.

Argentina is the only country in the Americas that will require personal voting. All others, including vote-rich United States, will be mailing in their ballots.

Amid the global pandemic, online voting was floated as a possibility for overseas voters, but the Comelec ultimately gave it a thumbs down, at least for 2022.

The overseas electorate has been contributing hundreds of thousands of votes to Philippine national elections since 2004. But as the COVID-19 threat remained, many overseas Filipino workers were unable to register in time for the 2022 exercise. – Rappler.com