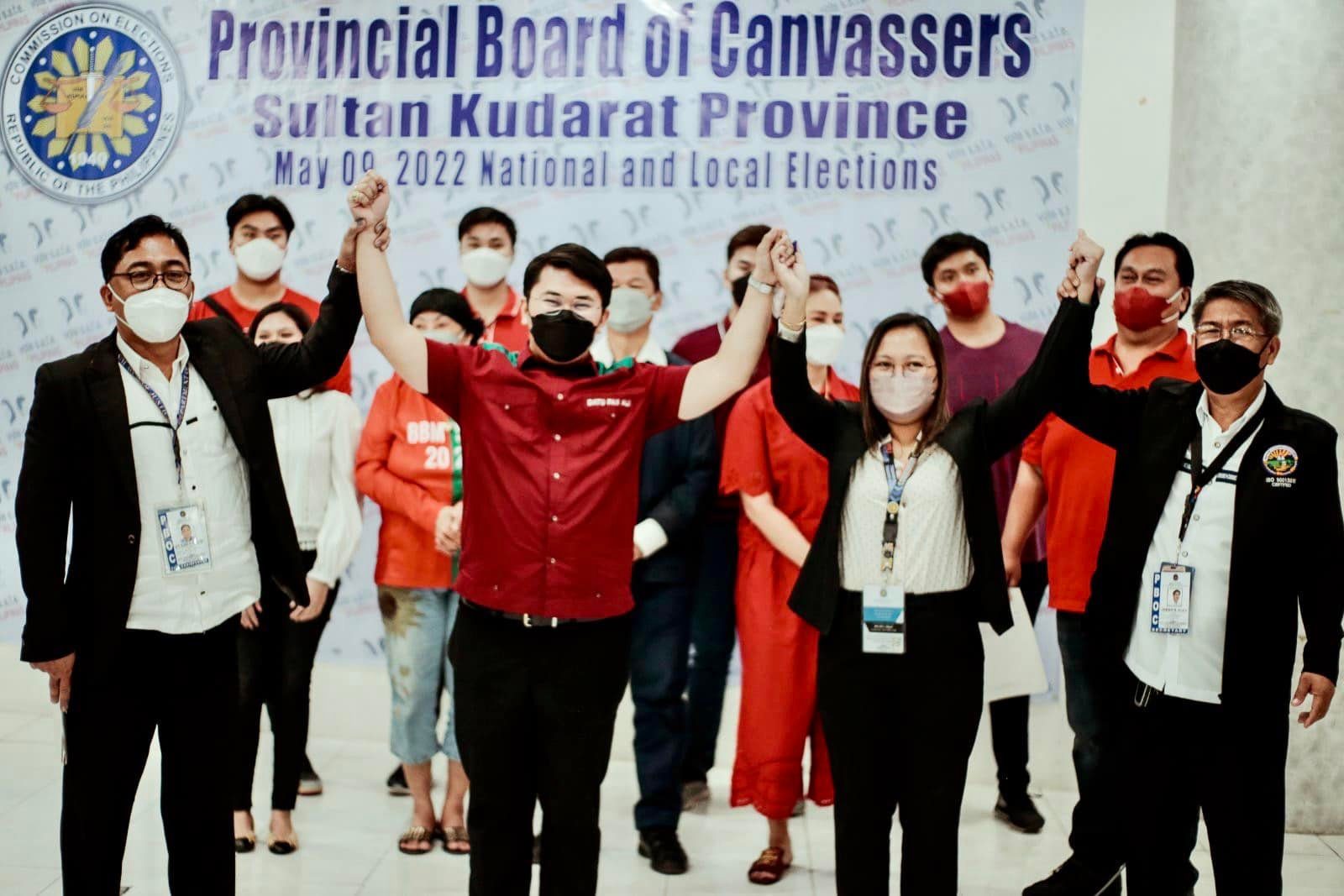 SARANGANI, Philippines – The son of Sultan Kudarat Governor Suharto Mangudadatu was elected as the youngest governor in Mindanao amid legal questions on his residency.

The Commission on Elections (Comelec) on Tuesday, May 10, proclaimed 24-year-old Pax Ali Mangudadatu as the winner of the gubernatorial race in Sultan Kudarat.

Pax Ali, the Lakas-CMD standard-bearer in the province, won by a landslide against Sharifa Akeel Mangudadatu, garnering 262,119 votes over the former beauty queen’s 86,640.

Pax Ali was proclaimed amid legal questions about his residency raised by Sharifa Akeel, who had accused him of falsely declaring his place of domicile in his certificate of candidacy, and had sought his disqualification.

Sharifa Akeel argued that he was serving as mayor of Datu Abdullah Sangki, Maguindanao, when he filed his COC in Sultan Kudarat. In his COC, Pax Ali stated that he is a resident of Lutayan, Sultan Kudarat.

On May 2, the Comelec en banc upheld the resolution of the poll body’s 1st Division disqualifying Pax Ali, but the Supreme Court issued a temporary restraining order, allowing the younger Mangudadatu to pursue his bid to succeed his father Suharto.

Pax Ali’s lawyer earlier said they would argue their case before the high tribunal.

Sultan Kudarat’s governor-elect is not a political neophyte – he was elected mayor of Datu Abdullah Sangki town in Maguindanao in 2019 when he was 21 years old.

Pax Ali has been active in youth empowerment and peace-building advocacy, and founded the Sultan Kudarat Association of Youth Organizations (SKAYO) in 2014, a coalition of youth organizations that subsequently became an official office in the provincial government. – Rhoda May Ebad/Rappler.com

Rhoda May Ebad is a Rappler Mover in Sarangani.