Facebook Twitter Copy URL
Copied
(4th UPDATE) Rodante Marcoleta is fondly called 'the first pick' of the Marcos-Duterte tandem in their UniTeam slate, but has been trailing in pre-election surveys 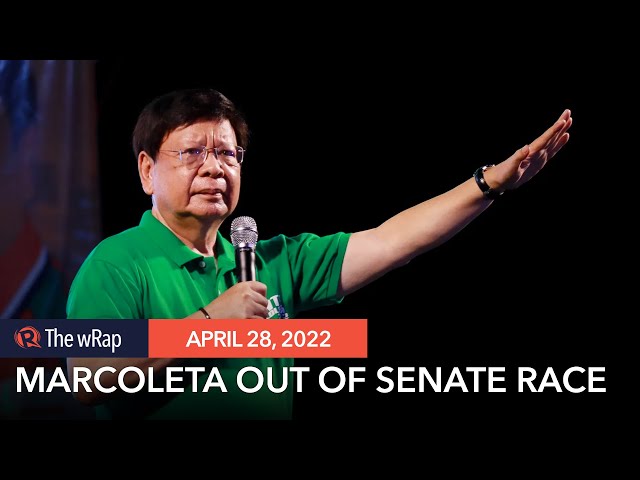 MANILA, Philippines – House Deputy Speaker Rodante Marcoleta, who gained infamy for pushing for the shutdown of broadcast giant ABS-CBN in Congress, has dropped out from the 2022 senatorial race, the Commission on Elections (Comelec) confirmed on Wednesday, April 27.

All votes cast for Marcoleta will be considered stray and will not count, Commissioner George Garcia said through a Comelec staff.

Garcia added that the seven-member Comelec en banc accepted on Wednesday Marcoleta’s withdrawal papers, which he filed on April 21. 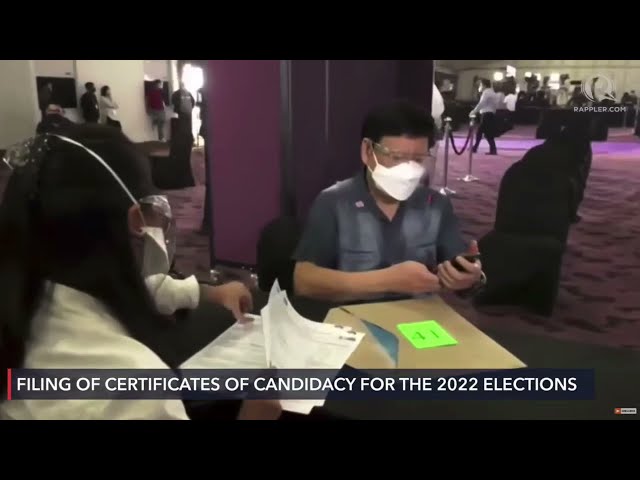 Marcoleta, who represents party-list group Sagip in the 18th Congress, is part of the UniTeam slate of presidential and vice presidential candidates Ferdinand Marcos Jr. and Sara Duterte-Carpio. Marcos’ spokesman Vic Rodriguez even called him “the first pick” in their senatorial lineup.

The latest Pulse Asia survey in March, however, placed Marcoleta outside the “Magic 12,” trailing at rank 24-30.

In a statement, his office said Marcoleta “was brave enough to read the writings on the wall” due to his poor showing in the surveys.

“His withdrawal will not deter him from his all-out and continuing support for the BBM-Sara tandem, and for all the senators in the UniTeam and PDP-Laban slates,” the statement on Wednesday read.

Marcoleta was a vocal opponent of ABS-CBN’s franchise renewal application in 2020. His and 69 other lawmakers’ votes to deny the station a new license to operate led to the retrenchment of thousands of employees at the height of the COVID-19 pandemic.

He also introduced the motion to slash the budget of the Commission on Human Rights to P1,000 in 2017 in the House, after the CHR pushed back against state abuses under the administration of his ally President Rodrigo Duterte.

Despite backing out from the race, Marcoleta will still need to file a statement of contributions and expenditures (SOCE) with the Comelec.

But he can be appointed to a government post after the polls, as he will no longer be covered by the one-year prohibition rule imposed on candidates. – Rappler.com