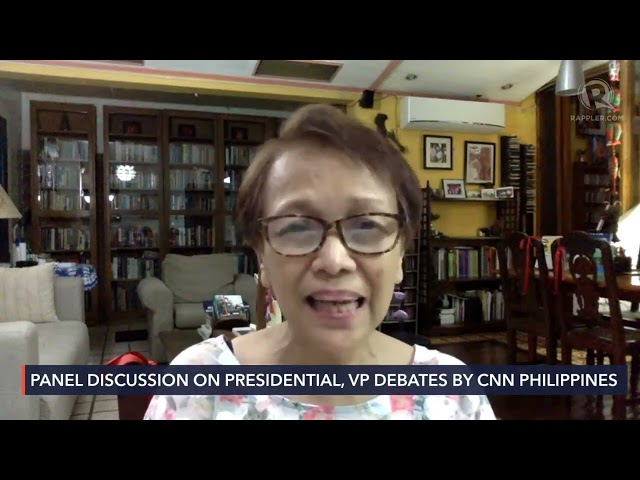 Facebook Twitter Copy URL
Copied
Sara Duterte likely had to answer for the sins of her father, President Rodrigo Duterte, as well as the controversies surrounding Bongbong Marcos

What could’ve happened if she attended it?

In Rappler’s In The Running, reporters and editors weighed in and concluded that Duterte likely had to carry the baggage of her father, President Rodrigo Duterte, and had to answer to the sins of presidential frontrunner Ferdinand “Bongbong” Marcos Jr.

“They don’t want to be labeled as the administration candidate. I imagine she would be forced to start answering about Duterte’s policies, the ICC (International Criminal Court), the pandemic response… and (her team) wants to avoid putting her into that situation to answer to the sins of the Duterte administration,” said Bea Cupin, who covers Duterte’s campaign.

For Rappler’s head of regions Inday Varona, Sara would also have to answer for Marcos’ controversies.

Rappler reporters and editors also tackled the issue of “toxic positivity” during the campaigns and why candidates are averse in attacking other candidates.

Rappler editor-at-large Marites Vitug said that studies have shown that Filipinos don’t like negative campaigning and mudslinging, but noted that pointing out flaws of other candidates are still necessary.

“Walden [Bello] was the life of the debate, of the party. He did not intend to win the elections but he wanted to bring out the issues, make issues sharper and call out candidates who have been enablers of the Duterte administration,” Bello said.

It was also Bello who pointed out Duterte’s absence in the debate. – Rappler.com