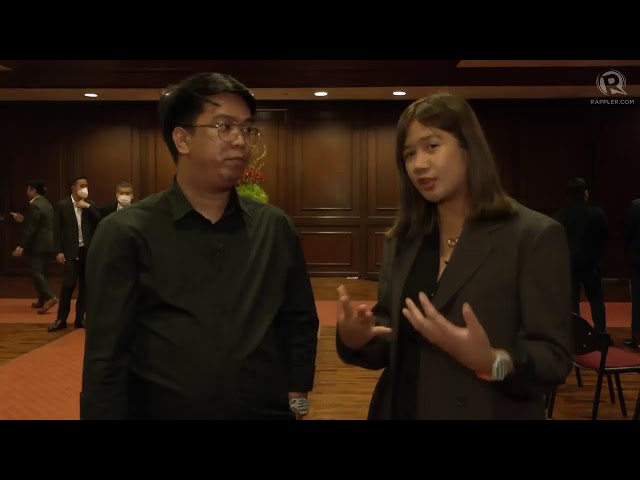 Facebook Twitter Copy URL
Copied
What went on at the Batasang Pambansa? Who appeared and who was absent? Rappler’s Lian Buan and Jairo Bolledo give the highlights.

MANILA, Philippines – The Philippine Congress proclaimed Ferdinand Marcos Jr. as president-elect and Sara Duterte as vice president-elect on Wednesday, May 25, in a “historic” canvass cited as the “fastest in history.”

After a landslide win, Congress, acting as the National Board of Canvassers (NBC), formalized the victory of Marcos and Duterte on Wednesday afternoon, taking only around 15 hours over two days to canvass votes for the two highest positions in the country. The NBC count showed Marcos winning with 31.63 million votes or 58.77% of the votes, whereas Duterte won 32.21 million votes or 61.53%.

The Marcos family’s return to Malacañang culminates their decades-long project to rehabilitate their name and image, after Filipinos ousted their patriarch and the late dictator Ferdinand E. Marcos in 1986. Duterte is to start her term following her stint as mayor of Davao City and after her father, President Rodrigo Duterte, leaves office on June 30.

What went on at the Batasang Pambansa? Who appeared and who was absent? Rappler’s Lian Buan and Jairo Bolledo give the highlights in this edition of Rappler Recap. – Rappler.com