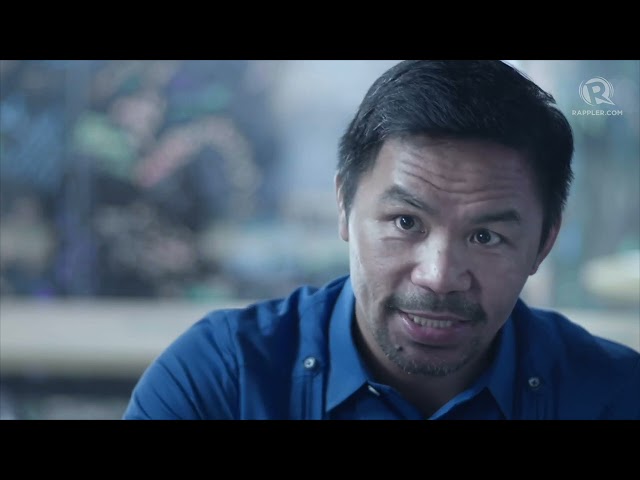 Facebook Twitter Copy URL
Copied
If elected president, Manny Pacquiao says people still have the 'freedom to choose' even as he is against controversial issues that do not align with his beliefs

MANILA, Philippines – If elected president, Manny Pacquiao, a fervent Born Again Christian, said that Filipinos will still have the freedom to choose under his administration.

In an interview with Rappler CEO and Nobel laureate Maria Ressa, Pacquiao was asked about allowing others to pursue or get services they need that may not necessarily subscribe to his beliefs.

“Hindi naman natin puwedeng pigilan ang iba, ‘no? Ang atin (We really can’t stop them, right? What we want) is to remind them,” said Pacquiao.

He said Filipinos would still have the freedom the choose, but added that mutual respect is important when it comes to beliefs.

(We should not insist. If a person has already decided, we need to respect that. But it’s fine to offer an advice, remind them. If they believe you, it is not a problem if they do not.)

Yet Pacquiao has since said that he is against divorce and abortion, regardless of circumstance. He said couples who seek to end their marriage and pregnant women who want to terminate their pregnancies should instead undergo counseling.

While maintaining a pro-life stance on issues, Pacquiao had also said he wants drug importers to be executed under his version of the drug war. – Rappler.com