Facebook Twitter Copy URL
Copied
In a Newsbreak Chats episode, members of the Rappler team and a sociologist discuss the role lies played in how Filipinos got to a point where another Marcos is making a comeback

MANILA, Philippines – Thirty-six years after the Filipino people marched out to topple a dictator, they are on the verge of forgetting.

This comes less than 100 days before the high-stakes 2022 elections where the late dictator’s son and namesake, presidential candidate Ferdinand “Bongbong” Marcos Jr., is leading the pre-election surveys for Filipinos’ choice of the country’s top post.

According to the panel in the episode titled Eleksiyon at rebolusyon, how the Philippines came to this point comes from a number of factors: wide disinformation campaigns, insufficient education about the Martial Law years, and distrust in traditional sources of information.

On Friday, February 25, the Philippines commemorates the 36th anniversary of the “bloodless revolution” that ousted dictator Ferdinand Marcos from his 21-year grip on power. Under his administration, Amnesty International estimates around 70,000 were imprisoned, 34,000 were tortured, and 3,240 were killed. 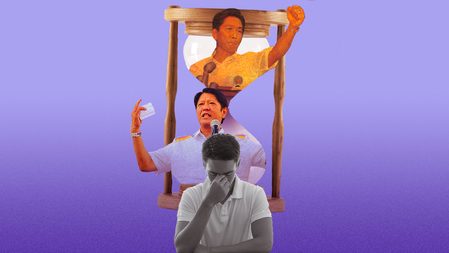 Much has happened from 1986 to 2022, with the Marcoses not only revising history, but introducing an “alternative history,” Salud said. This began from Marcos’ term and continues with historical revisionism today.

“Gumawa [sila] ng bagong realidad na madaling mag-latch ‘yung mga tao (They created a new reality that people easily latched on to),” he said. “Once maniwala ka doon, hindi ka makaalis (Once you fall for it, you cannot get out of it).”

Salud, who was a 23-year-old freelance reporter during the People Power Revolution, cites the example of when Marcos Sr. hid his illnesses from the public. He was seen as an “indestructible” leader who could not be overthrown. For the first time, when the Marcos family fled the country following the revolution, the public “saw Marcos weak – politically, physically, psychologically.”

“Fear was rampant because it came from all sides – ‘yung kuwento ng chismis, ‘yung salitaan, kasi nga, walang media (the stories, the gossip, because there was no media). Nothing to trust, no one to trust,” said Salud.

The myth of “great-leader” Marcos and other lies about the dark period under his dictatorship continue to thrive in disinformation networks. Talabong deals with these when he and Rappler researcher Jodesz Gavilan produce short videos in a weekly series called Marcos Imbento, Bistado. The series debunks lies about the Marcos family and Martial Law. (Social media is really flooded with disinformation and lies about the “magical time” of the Marcos dictatorship. It’s like it’s a time that people really want to go back to, and young people are being told that Marcos’ term was a good time and the Marcos family were competent. This is reinforced across all social media platforms.) 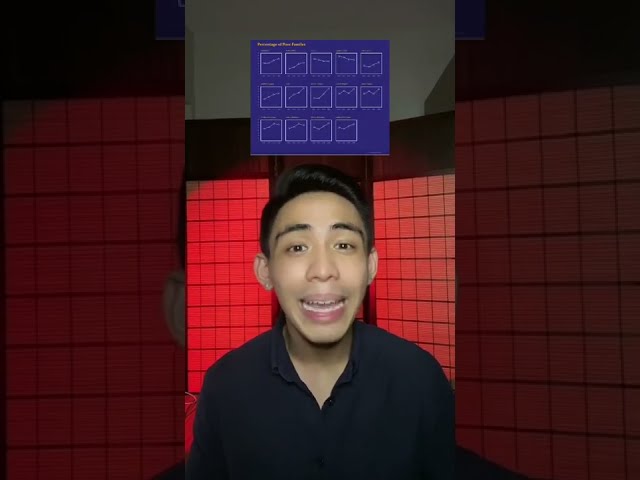 The series is one of Rappler’s numerous efforts in the fight against disinformation, where Talabong cites documents and facts about the atrocities of Marcos’ time. But because this goes against what many people have grown to believe about Martial Law, Talabong said a lot of immediate reactions are “hate” and “rejection.”

Fortunately, Talabong said, there are still some who show support for the series and encourage the constant retelling of the truth.

Sociologist Cornelio pointed out that textbooks in schools may have been lacking in educating the newer generations about the Marcos dictatorship.

If you did a content analysis of textbooks approved by the Department of Education, Cornelio said, you would see that Philippine presidents are always viewed in terms of their accomplishments. There may be one sentence about the Marcos dictatorship, but that’s it, he said.

“That’s a very sad way of looking at our history – always celebrating the good things, but not [remembering] the bad things. So the ability to critique, the ability to question, hindi na-e-exercise ‘yun mula pagkabata (these are not exercised from childhood),” said Cornelio.

Talabong said that “influencers” engaging in disinformation online slam traditional education even more by saying that students shouldn’t listen to textbooks which are “controlled by the Aquinos” anyway.

(We know that the youth can be critical, but they are still vulnerable. And the youth who become fanatics may become influencers themselves. So this rolls over again and again.)

Distrust in traditional sources of info

The immeasurable networks of disinformation have also caused a shadow of doubt over traditional sources of information such as the media and schools, Cornelio said.

The sociologist pointed out how attacks against Rappler may come from trolls, but some of it still comes from real people who have learned to distrust the organization. The rejection of ABS-CBN’s franchise, as well as historians and credible storytellers, have become more easily dismissible.

Cornelio, who specializes in the sociology of religion, said some Filipinos in the Catholic-majority country have grown weary of listening to the church, as more and more units of the Catholic church have begun to dip their feet into politics. (READ: More than 500 priests, nuns endorse Robredo for president) 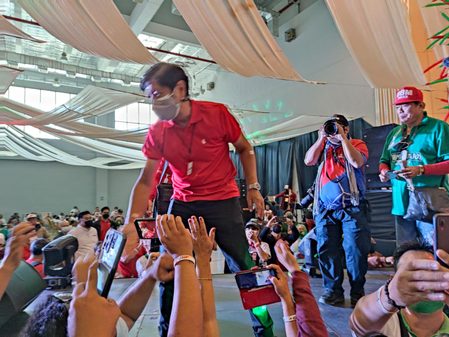 “It’s really a massive distrust that many Filipinos have towards these traditional sources of knowledge: media, church, history, school, education, and so forth,” he said.

The information being absorbed by the newer generations is coming from “a million and one sides,” Salud commented. “This is democracy on steroids.”

“It’s a scary thought if we really think about it, when you begin to take a democracy and misuse it to such an extent that people start to lose the ability to actually think for themselves and make a decision towards what is right,” Salud added.

The need for warm bodies

Investigative editor and Newsbreak Chats host Go said that, at the end of the day, voters will be influenced the most by the people they encounter everyday.

“If you are a young person, what fight do you have if your impression of the Marcos years comes from the stories of your parents and grandparents? … In the surveys, when you ask voters what the biggest influence is in their decision of who to vote for, it’s still the people in your family, the leaders in the clan, in the community,” Go said in a mix of English and Filipino.

Is it too late to sway the current trajectory of the Marcoses’ return to Malacañang? Salud said, while there is little time left, it’s important to give campaigning a “personal touch.”

“In my experience, in all the campaigns I’ve been covering, ang isang nakita kong effective ‘yung tao-tao (one thing I saw effective was personal encounters). Warm bodies meeting warm bodies, shaking hands, going there, and feeling your sincerity that you want to serve them,” he said.

With the 2022 elections taking place during the COVID-19 pandemic, time will only tell if Filipinos can make informed decisions with or without personal dialogues. The elections will determine not only who Filipinos want to lead, but which side of history they believe in. – Rappler.com