MANILA, Philippines – Known for his strong personality, suspended Bureau of Corrections (BuCor) Director General Gerald Quitaleg Bantag rose through the ranks of the Bureau of Jail Management and Penology (BJMP) as a career official.

After graduating as part of the Kaagapay class of 1996 of the Philippine National Police Academy, Bantag served as warden of the city jails of Malabon, Navotas, Valenzuela, Manila, and Parañaque. He also served as the director of BJMP Mimaropa [Mindoro, Marinduque, Romblon, Palawan].

Later on, he jumped from jails to corrections after he was appointed by then-president Rodrigo Duterte as BuCor chief in 2019. His term was cut short three years later after he was implicated in a string of controversies in relation to his post as BuCor director general.

But, even at the BJMP, he faced various allegations of misconduct and abuse of authority. 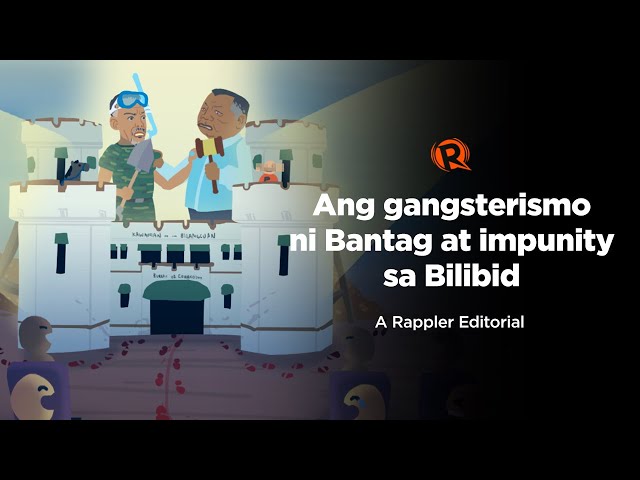 In August 2007, a complaint was filed against Bantag for the alleged attempted murder of a teenager in Caloocan City. He denied his involvement and said he was willing to submit his firearm for inspection.

Seven years later, in January 2014, Bantag was slapped with complaints of estafa and illegal discharge of his firearm. He was accused of not paying his bill in a restaurant and then of firing his gun at the place’s wall.

Under his watch as Parañaque City Jail warden in 2016, a grenade exploded in the facility, killing 10 persons deprived of liberty (PDL). Bantag was accused of being the mastermind. He was later acquitted, along with his “right hand” man, BuCor superintendent Ricardo Zulueta, for lack of evidence.

When he was moved to the Manila City Jail in October 2016, Bantag ordered the segregation of PDLs facing drug-related cases. However, the PDLs staged a noise barrage to oppose his decision. At least 35 PDLs were wounded during the incident.

In November 2021, he was declared persona non grata by Muntinlupa City for building a wall around the New Bilibid Prison and for evicting informal settlers in the area. 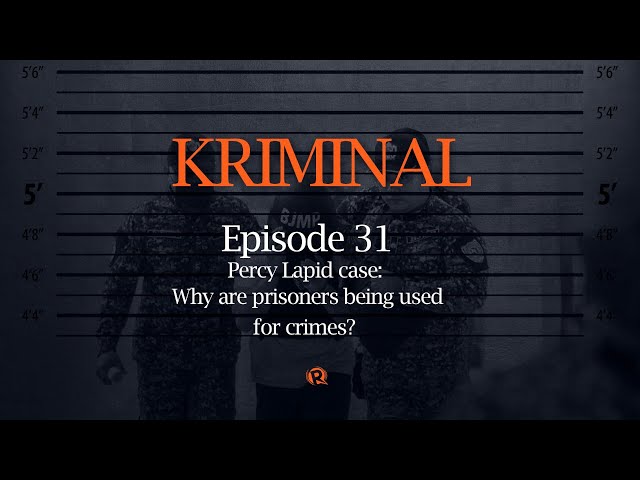 A few weeks into the Mabasa case, Escorial revealed in his affidavit that a certain Bantag ordered them to kill Lapid. On November 7, authorities led by the Department of Justice (DOJ) and the Department of the Interior and Local Government filed murder complaints against Bantag, Zulueta, and 10 other PDLs in relation to Lapid and Villamor’s death.

When the authorities filed the complaints against Bantag, they also revealed that the suspended BuCor chief could possibly have violated a Civil Service Commission (CSC) rule. Bantag allegedly absorbed BJMP personnel into the Bucor and assigned them ranks higher than what they had at the jail bureau.

According to authorities, what Bantag did was a violation of item 15 in the CSC Memorandum Circular No. 3, series of 2001, which bans the promotion of a government employee to a position more than three grades higher than his/her former post in relation to salary, pay, or job.

When former military chief Gregorio Catapang Jr. took over as acting BuCor director general, he revealed various controversies involving his predecessor. Among them is the discovery of numerous contraband inside the national penitentiary.

On November 2, Catapang announced they had confiscated 7,000 canned beers and suspected shabu inside the maximum security compound of Bilibid. Aside from these, mobile phones and deadly weapons were either surrendered to, or confiscated by, BuCor officials, Catapang added.

Catapang revealed later on that they also discovered 15 horses, 10 chickens used for cockfighting, and three pythons inside Bilibid. Bantag is known for tending horses and had ridden horses on a few occasions inside the national penitentiary.

Acting BuCor chief Catapang revealed in an interview that they had discovered a “tunnel” and deep excavation inside Bilibid created during Bantag’s time. The hole was 200 meters wide and 30 meters deep, according to Catapang.

Bantag defended the excavation, saying the hole would be used to build the deepest swimming pool in Metro Manila, and rationalized it by saying he was a “master scuba diver.” 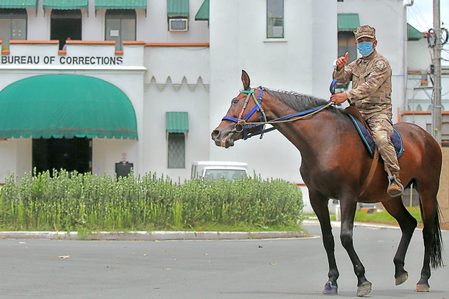 Justice Secretary Crispin “Boying” Remulla said he was earlier informed by Bantag that the hole would be used to search for the so-called Yamashita treasure. Urban legend has it that the late General Tomoyuki Yamashita of the Japanese Imperial Army concealed his gold loot in the Philippines during World War II, but there is no solid historical evidence proving the existence of such gold.

Meanwhile, Remulla said the excavation did not go through appropriate processes and had no legal basis.

Bantag’s lawyer, Rocky Balisong, denied the allegations and said his client “does not remember” stabbing prisoners while serving as the corrections chief.

Catapang said in his interview with CNN Philippines’ The Source on December 20 that Bantag could possibly face a plunder complaint over the questionable release of funds for the construction of BuCor facilities. The acting corrections chief said Bantag’s administration was given P1 billion to build four buildings amounting to P300 million each for the three buildings, and the other one for P100 million.

After an investigation, Catapang said it was discovered that P950 million or 95% of the funds had already been released, but only 60% of the project had been completed. The acting BuCor chief said he had ordered a stop to the construction.

Before the end of 2022 or by early 2023, Catapang said he plans to sue Bantag and other officials. – Rappler.com