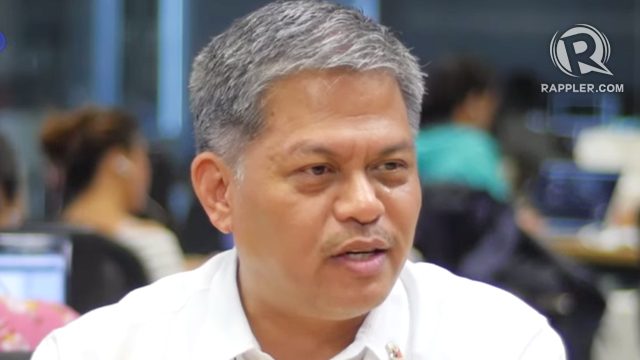 Facebook Twitter Copy URL
Copied
Br Armin Luistro, a former DepEd secretary, is the 28th Superior General of the Brothers of the Christian Schools, known as the La Sallian Brothers

Former education secretary Brother Armin Luistro was elected as the 28th Superior General of the Brothers of the Christian Schools, known as the La Sallian Brothers, on Wednesday, May 18.

The bells of the Sanctuary of Saint John Baptist De La Salle, the congregation’s headquarters in Rome, rang to announce Luistro’s election at 10:25 am in Rome (4:25 pm in Manila).

Luistro, 60, is the first Filipino to lead the La Sallian Brothers, a global Catholic congregation of more than 3,000 brothers dedicated to the mission of education. His term as superior general runs from 2022 to 2029.

Founded in 1680 by Saint John Baptiste de la Salle, the congregation presently runs more than 1,100 educational institutions in 80 countries, according to the De La Salle Brothers’ official website. This includes the De La Salle Philippines system, a network of 16 schools all over the country, which Luistro served as its first president from 2005 to 2009, and again from 2017 to 2019.

The De La Salle Brothers Philippines congratulated Luistro through a Facebook post, and asked the people to pray for Luistro for his new role.

“Our profound prayers of thanksgiving are with you, our dear Brother, as you continue to respond to God’s call to be of service to all Lasallians as our Superior General,” the post read.

Luistro served as education secretary during the administration of the late former president Noynoy Aquino from 2010-2016. He was the second La Sallian brother to hold the post after the late Brother Andrew Gonzales during the Estrada presidency.

Before his stint in government, Luistro served as president of De La Salle University–Manila from 2004 to 2010. He also led the La Sallian brothers in the Philippines as provincial from 1997 to 2003.

Luistro first entered the congregation in 1979, and started his education career in 1983 as a religion teacher and campus minister at De La Salle-Lipa.

In the lead-up to the 2022 Philippine elections, Luistro was also involved in the 1Sambayan opposition coalition as one of its convenors. – Rappler.com

Ndiaye out, Nwankwo in as La Salle’s foreign student-athlete