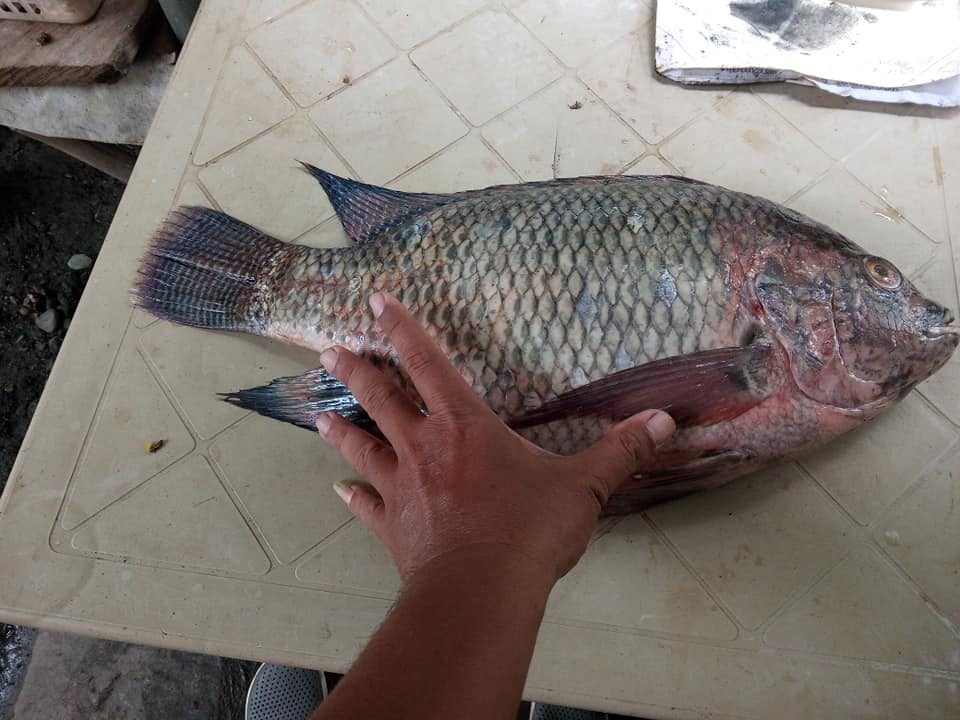 HIGH ARSENIC LEVEL. A sample of tilapia from the San Roque Dam reservoir.

DAGUPAN, Philippines – The Bureau of Fisheries and Aquatic Resources (BFAR) in the Ilocos Region reiterated its ban on the catching or eating of tilapia from the reservoir of the San Roque Dam, three years after its first prohibition in 2019.

Tommy Valdez, vice president for corporate security of the San Roque Power Corporation said on Thursday, October 13, that the BFAR made the announcement after the company asked for a toxicity analysis from March to June 2022.

Valdez said the regulatory limit of arsenic content from tilapia should only be at two parts per million (ppm), as per the European Commission (EC) Regulation 1881/2006.

Specimen taken from the San Roque Dam reservoir, however, were found to have arsenic content ranging from 3 to 26 ppm, depending on the size.

Arsenic is a naturally-occurring element. But the US Center for Disease Control (CDC) warns that large doses of inorganic arsenic can cause symptoms ranging from nausea, vomiting, and diarrhea, to dehydration and shock.

Inorganic arsenic and arsenic compounds are also considered to be cancer-causing chemicals, the CDC added.

The SRPC is also monitoring the arsenic level in water quality, sediment quality, and fish tissues. All, save for the fish tissues, passed the analyses, said Valdez.

The SRPC is set to do more research with BFAR on whether the arsenic found in the area is organic or inorganic, he added.

“Arsenic is usually found in seafood, but does not bioaccumulate in our system,” Valdez stressed.

No arsenic-related deaths or illnesses have yet been confirmed from residents in the area as of October 13.

The COVID-19 pandemic made it hard for BFAR teams to enforce the prohibition handed down in 2019.

The tilapia found at the San Roque Dam reservoir are in high demand, as these are big – about the size of a normal hollow concrete block – and chunky, making it a good source of income for residents in the area.

While there are other varieties of fish in the reservoir, people still flock to the area for the tilapia.

Mang Honrado, an angler who frequents the area, said that he was able to provide for his family when he was laid off during the pandemic by catching and selling tilapia in the reservoir.

“May mga bumibili pa nga sa akin taga malalayong lugar gusto kasi nila, malaki itong tilapia dito,” he said (Others from distant areas buy from me because they like the large size of the tilapia here.)

A resident of San Felipe West, near the river of the neighboring San Nicolas town, said lack of work had prompted him to sneak past the watchers around the dam so he could watch tilapia for his family’s consumption.

(My hands are tied; I could only feed my family fish [from the dam]. None of them suffering from any illness, we’ve been eating the tilapia from the dam for so long.)

Meanwhile, Valdez said farmers have nothing to worry about in relation to the high levels of arsenic in tilapias found in the reservoir.

The San Roque Dam provides irrigation for about 32,000 hectares of farmlands in 14 towns and cities in the province of Pangasinan.

Arsenic levels in the water are at safe levels, Valdez said.

“Walang epekto sa mga sakahan na pinapatubigan ng dam,” he said. (It does not affect the farmlands being irrigated by the dam)