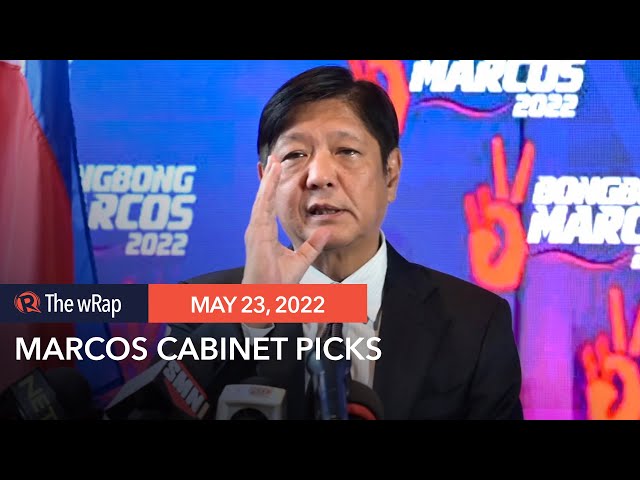 “Alam naman niya (Marcos knows) that I really work hard, I am devoted to my duties, that’s why it doesn’t take much, when you are told by the president, it’s understood already but the specific things we will have to talk about it later, because the justice system has many problems we need to fix,” said Remulla in a brief Zoom press conference with reporters Monday morning.

Remulla was reelected to his district, running unopposed, but he said a caretaker can be appointed to his seat or a special election can be held. There is no appointment ban on winning candidates.

“I’m not worried about it very much, because I saw what happened in previous elections, or if there was a caretaker, it worked well, but I would prefer that someone sits in my district because that is important in supporting the president,” Remulla said in Filipino.

As justice secretary, Remulla will sit as a member of the anti-terror council, whose powers to designate people as terrorists and authorize their prolonged detentions had been upheld by the Supreme Court. Remulla will also lead the AO 35 task force that aims to protect the safety and welfare of activists and human rights defenders, and even aims to put a stop to extrajudicial killings. The task force’s pending cases are the Bloody Sunday killings in Calabarzon.

“Hindi ako familiar sa AO pero sinabi ko nga (I am not familiar with the AO but as I said), justice for all,” said Remulla.

Remulla will succeed Justice Secretary Menardo Guevarra, who pushed for a law that would criminalize red-tagging, a practice of linking activists to communist rebels. Red-tagged activists had been arrested, jailed, and killed.

But during the campaign, Remulla unapologetically red-tagged supporters of Vice President Leni Robredo.

Remulla will also inherit the drug war review which reinvestigates abuses by police officers in the bloody drug war. When Guevarra steps down, the panel would have already opened the reinvestigation of more than 300 cases, and filed a dozen complaints, out of the more than 7,000 killed in legitimate police operations.

Remulla was among the lawmakers who pushed to kill the franchise of broadcast giant ABS-CBN. The other proponent of the franchise kill, former SAGIP party-list representative Rodante Marcoleta, was the first to be rumored to be justice secretary. The speculation that Marcoleta, member of the influential religious group Iglesia ni Cristo, was going to be justice secretary was fueled when he quit the Senate race so close to the elections. Those who ran for office cannot be appointed to any position for a year.

Remulla is part of the Remulla clan of Cavite that had been supporting Marcos, even more so for the 2022 presidential elections. The patriarch of the Remulla clan, the late longtime governor Juanito Remulla Sr., was a staunch ally of the late dictator Ferdinand Marcos.

Remulla’s brother, the reelected Cavite governor Juanito “Jonvic” Remulla Jr., was Marcos’ main campaigner in the second most vote-rich province. Their other brother Gilbert headed the parallel organization of the Marcos campaign. – Rappler.com