TORN-UP EXTERIOR. The magnitude-7 earthquake that rocked Luzon island damages the facade of the Vigan Cathedral on July 27, 2022.

MANILA, Philippines – The magnitude 7 earthquake that jolted the island of Luzon did not spare the churches and bell towers located in the northern provinces of the Philippines, many of which date back to the Spanish colonial times.

The earthquake destroyed the facade of the Metropolitan Cathedral of the Conversion of St. Paul, more popularly known as the Vigan Cathedral, in Vigan City, Ilocos Sur. The cathedral is part of the UNESCO World Heritage Site declaration in the city, where many other heritage buildings were left in shambles.

Portions of the famous bell tower in Bantay town can also be seen falling off the structure in a video captured by Edison Adducul during the earthquake. Several people can be seen running away from the bell tower to escape the falling debris.

(It’s a good thing we haven’t gone up yet! Thankfully there’s no one inside, right?)

The Bantay Tower was also made even more iconic after the late action star Fernando Poe Jr. shot scenes there for his movie Ang Panday. 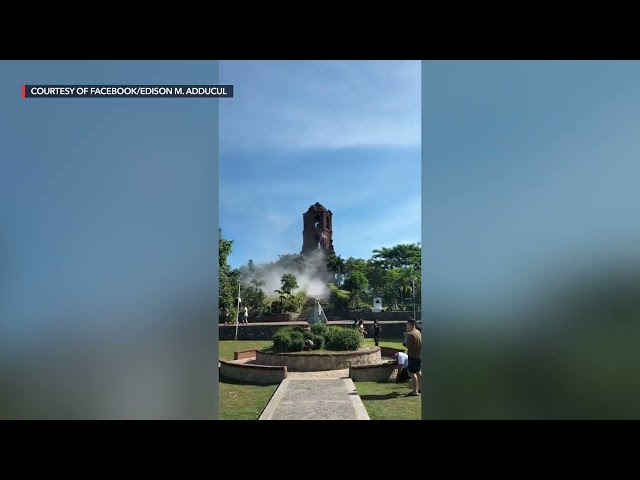 In Ilocos Norte, home province of President Ferdinand Marcos Jr., bricks from the Sinking Bell Tower of Laoag City also fell off and were scattered across the street.

Senator Imee Marcos, the President’s sister and mother of Ilocos Norte Governor Matthew Marcos Manotoc, said there were plans to close off the main city center in Laoag as rocks continued to fall from the Sinking Bell Tower. She used to be a longtime governor of Ilocos Norte.

“The President is aware. In the meantime, we are already taking action in the local level,” Senator Marcos told reporters in a Zoom interview. The senator is currently in Metro Manila for a Senate session on Wednesday afternoon, but she planned to return to the Ilocos region in the coming days.

In the municipality of Badoc, debris from the old convent of the St. John the Baptist Minor Basilica was left scattered across Soriano Street, while a colonial building in Barangay Alogoog collapsed.

More damage after the earthquake: A colonial building in Barangay Alogoog in Badoc, Ilocos Norte collapses, while debris from the old convent of St John the Baptist Minor Basilica is scattered along Soriano Street in Badoc. 📷 Sen Imee Marcos’ office pic.twitter.com/cxHzYm1HLK

The 19th century Baroque church of the Santa Catalina de Alejandria Parish in Barangay Poblacion in Tayum, Abra also incurred damaged from the earthquake. A video posted by Regio Taloma Gabia showed huge chunks of its bell tower had fallen off, and big cracks across the church’s facade. 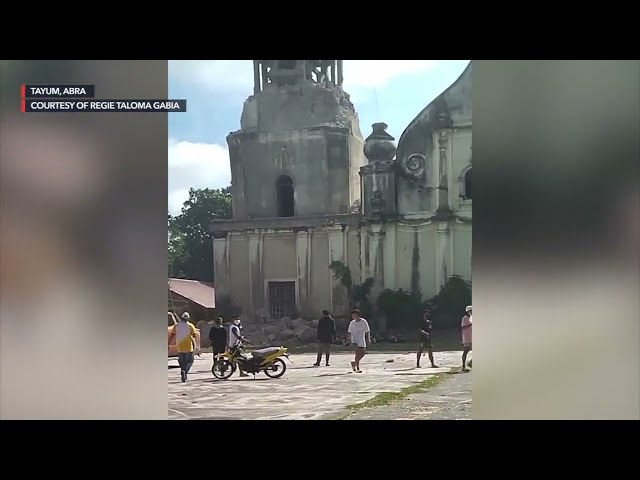 The La Paz Aglipayan Church in the same province was also damaged, with cracks forming across the church’s walls.

The National Disaster Risk Reduction and Management Council reported at least one fatality in La Trinidad, Benguet, following the strong earthquake in Abra that was felt in parts of the Luzon island. The President is expected to visit Abra as soon as it is deemed safe for him to fly there. – Rappler.com