Facebook Twitter Copy URL
Copied
President-elect Ferdinand Marcos Jr. says this in a video message to the Cagayan de Oro Press Club, which had invited him to their Press Freedom Week dinner – the culminating activity of a 40-year-old annual event spurred by media suppression under his father

Cagayan de Oro Press Club (COPC) president Frank Mendez had invited Marcos to their culimination dinner of the city’s Press Freedom Week celebration, but the president-elect could not make it, and sent the short video message instead – his first to an organization of journalists since he was proclaimed as the winner in the May 9 presidential race.

The city is observing Cagayan de Oro Press Freedom Week, which is celebrated every last week of May since 1982, based on an executive order issued by then-mayor Aquilino “Nene” Pimentel Jr. as a political statement against the suppression of the free press during the strongman rule of the presumptive president’s father, Ferdinand Marcos. (READ: FAST FACTS: How Marcos silenced, controlled the media during Martial Law) 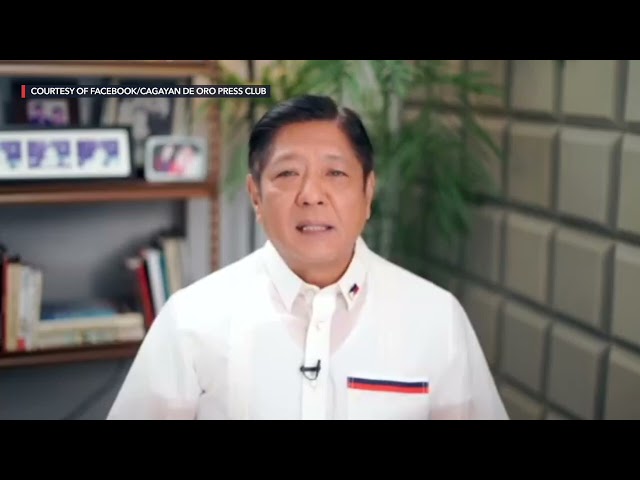 (I salute you for your contributions to our nation as journalists, especially to our countrymen there in Mindanao. Continue your good undertakings of truth-telling and fair reporting.)

The three politicians had stints as media practitioners before they established names in politics, and were behind the now-defunct anti-Marcos dictatorship Mindanao Alliance, considered the precursor to the Pimentel-founded Partido Demokratiko Pilipino (PDP).

Early this week, several former presidents of the 70-year-old organization called on Cagayan de Oro-based journalists not to lose sight and reflect on the reason for the celebration which, this year, started is from May 23 to 28. 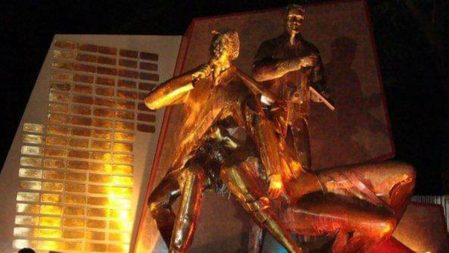 Marcos has had a tumultous relationship with mainstream media as seen during the election campaign, when his camp gave preferential treatment to vloggers, social media influencers, and those they see as “friendly” media. In January, Marcos refused to join the Jessico Soho presidential candidates’ interviews, claiming she was “biased,” which GMA News strongly refuted.

Less than a day after he was proclaimed winner of the presidential race, Marcos held a press conference attended by only three select reporters invited by his camp. – Rappler.com

The author served as Cagayan de Oro Press Club president from 1999 to 2001.