CAGAYAN DE ORO CITY, Philippines – The Professional Criminologists Association of the Philippines (PCAP) sounded alarm bells over the involvement of criminology students in the September 18 Alpha Kappa Rho (AKRHO) hazing which killed a neophyte and sent another to a hospital for injuries in Davao City.

It said the hazing death should prompt schools to review their policies on fraternities and see if putting them on the radar to make them accountable would be a deterrent to excesses.

Speaking for the organization, PCAP national immediate past president Manuel Jaudian said the hazing was worrisome because many criminology graduates eventually end up in the police service. 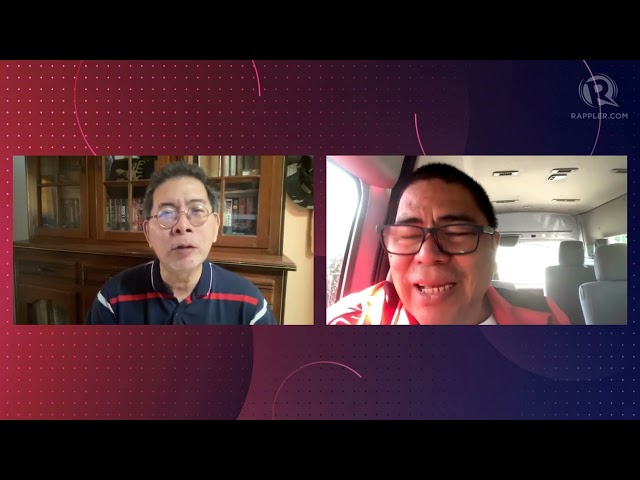 “Majority of our criminology students opt to join the PNP (Philippine National Police),” he told Rappler on Wednesday, September 21.

Dr. Jaudian said the Davao hazing and the involvement of the students in the violent fraternity rites should prod criminology schools in the country to reexamine and revisit their policies on fraternities.

In a statement on Tuesday, the Davao-based University of Mindanao (UM) confirmed that its 4th-year Criminal Justice Education students were involved in the hazing that killed 19-year-old AKRHO neophyte August Ceazar Saplot in Purok Santo Niño, Sison Village, Upper Mandug in Davao’s Buhangin District on Sunday.

The university strongly condemned the deadly fraternity rites and said its students brought “disrepute” to the university by breaking its anti-hazing policy.

Incidentally, the hazing death took place in a city where the mayor, Sebastian “Baste” Duterte, is an AKRHO member.

During his campaign for the mayorship, he sought the help of AKRHO, and his fraternity brothers supported him.

Police have pressed hazing charges against eight of 14 suspects, namely:

Still, at large and facing similar charges as of this posting are the following:

Silo told a news conference in Davao on Wednesday that there was a need for school administrators to “reach out to all groups on their campuses and maintain a direct communication with them so this will not happen again.”

Dr. Jaudian said that cannot be done unless schools recognize the various student fraternities, adding that the only way to make the organizations and their leaders accountable is if they are on the schools’ radars.

The UM said AKRHO is not a recognized organization in the university, “including all their illegal activities and roster of membership.”

“Majority of our schools don’t recognize fraternities. Unless recognized, schools can’t regulate and monitor them, guide students or call them out if there are excesses. They won’t even know who the fraternity officers are unless they are recognized,” Jaudian pointed out.

If recognized, he said, institutions of higher education should then make it very clear policy that even the non-disclosure of fraternity officers is a ground for expulsion.

He said it was ironic that the hazing was carried out by criminology students who were supposedly taught to respect the law.

Jaudian said, “I am worried because the law [against hazing] is clear, and criminology students were taught about it.” – Rappler.com