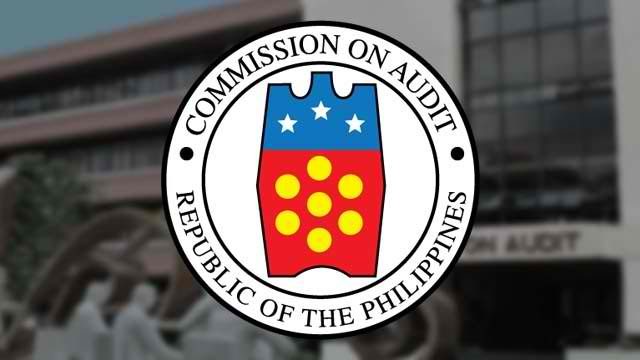 Facebook Twitter Copy URL
Copied
The COA said in an audit report that donations received by the Davao City government in 2021, mostly as COVID-19 pandemic relief aid, were exposed to 'the risk of loss, mishandling, and misappropriation'

CAGAYAN DE ORO CITY, Philippines – The Commission on Audit (COA) has flagged the Davao City government for its bad recordkeeping that left donations, including several vehicles given to city hall last year, out of its books as of the end of 2021.

In a 2021 report, auditors said the donations, mostly meant as COVID-19 pandemic relief aid, were exposed to “the risk of loss, mishandling, and misappropriation.”

The donations were received by the city government during the last full year of the administration of then-mayor and now Vice President and Education Secretary Sara Duterte.

A copy of the annual audit report was sent to Duterte on May 20 by COA-Davao region officer-in-charge Emilio Asi Jr., days after the elections and just before the mayor assumed office as vice president.

In the report, the auditors noted that the city government also adjusted its property inventory list by removing some P188.814 million worth of local government property from the list on June 30, 2021, and November 29, 2021.

The auditors said they found several vehicles donated to the city government unlisted in its books for “motor vehicles” and “grants and donations in kind” as of December 31, 2021.

This, the COA said, is “contrary to international public sector accounting standards.”

Vehicles donated to the city government in 2021 were unrecorded as of December 31, 2021. These include the following:

Auditors said the vehicles were delivered to the city government on September 21 and October 1, respectively, last year.

COA said the vehicles were covered by deeds of donations, and given that the ownership of the vehicles was already transferred to the local government, these “should be recorded in the books of accounts.”

But auditors said the donated vehicles remained left out of the books as of year-end.

“Since no available data was provided by the LGU (local government unit) aside from the Deed of Donation, the Audit Team cannot determine the fair value of the said vehicles,” the COA stated.

The COA said the City Accounting Office disclosed that the vehicles were not recorded in its books because documents were allegedly not forwarded to it by those who received the donations.

The auditors pointed out that although the city accountant is primarily responsible for ensuring that city hall’s financial statements are fairly presented, it cannot effectively fulfill its responsibility unless other offices under the local executive cooperate.

The COA said: “Ultimately, having effective coordination between departments rests upon the management…. In effect, the non-recording of the donated vehicles at their fair value resulted in the understatement.”

The COA said auditors also found deficiencies in the receipt, monitoring, and control of transactions involving donations-in-kind, many of which were relief goods. It noted the absence of required documents and reports.

While the city government took the initiative of providing for the needs of the health workers and constituents and received donations in the process, the COA said documents required to substantiate and monitor the receipt, utilization, and balances of in-kind donations were not maintained.

It cited some of the following findings:

The COA said the auditors were told by general services office personnel that donations were directly received by the mayor’s office and the local social welfare office.

Since these were not coursed through the CGSO, the office failed to properly document the donations.

COA also said that neither the mayor’s office nor the CSWDO inform the general services office of the donations they received.

The COA said the city hall offices “were not able to provide the other required documents aside from the Acknowledgement Receipt of the said donations.”

According to the audit team, the CGSO personnel acknowledged that they were unaware of new reporting guidelines as to in-kind donations “which resulted in the occurrence of these noted lapses.”

“The absence and/or deficiency of necessary documents, records, and reports vital to the proper monitoring and control of donations received and issued exposed these to the risk of loss, mishandling, and misappropriation. Also, the accountability of the persons involved in the distribution and custody of these items was not properly established,” read part of the COA report.

The COA report showed that donations received and utilized or issued by the city government were not disclosed in its “Notes to Financial Statements as of December 31, 2021.”

It was contrary to a rule set by the audit commission, and as a result, “transparency of the transactions cannot be attained,” the report read in part.

Auditors said there were at least 49 sets of in-kind donations received by the local government from private and public entities to help calamity victims and people affected by the COVID-19 pandemic in Davao in 2021.

“But, a review of the Notes to Financial Statements revealed that no disclosure was made concerning donated relief goods despite multiple donations received by the City Mayor’s Office (CMO) and City Social Welfare and Development Office (CSWDO) during CY 2021,” the COA stated.

The COA said none of these were indicated in city hall’s financial report, and no document such as acknowledgment receipts from the mayor’s office, CSWDO, or CGSO was prepared and submitted to the City Accountant’s Office (CAO) regarding the donated goods.

Such omission, according to COA, “has precluded the City from achieving full transparency of its transactions” because those tasked to go over “financial statements are not provided with the essential information necessary to arrive at a sound and most advantageous decision.”

But on February 23, the CGSO sent the COA a letter that “acknowledged the details of in-kind donations from the public and private organizations and individuals.”

The COA said the CGSO claimed that the donations were distributed to the intended beneficiaries, and it “will carry out the recommendations made by the Audit Team.”

The CGSO submitted documents relative to the in-kind donations for the disaster-affected communities in response to the COVID-19 pandemic on March 9. The COA, however, said the documents have yet to be evaluated and validated.

“The CGSO admitted that there were transactions under the City Mayor’s Office, City Disaster Risk Reduction and Management Office, and City Social Welfare and Development Office that were not properly documented… Nevertheless, the management concurred with the recommendations,” the COA stated. – Rappler.com