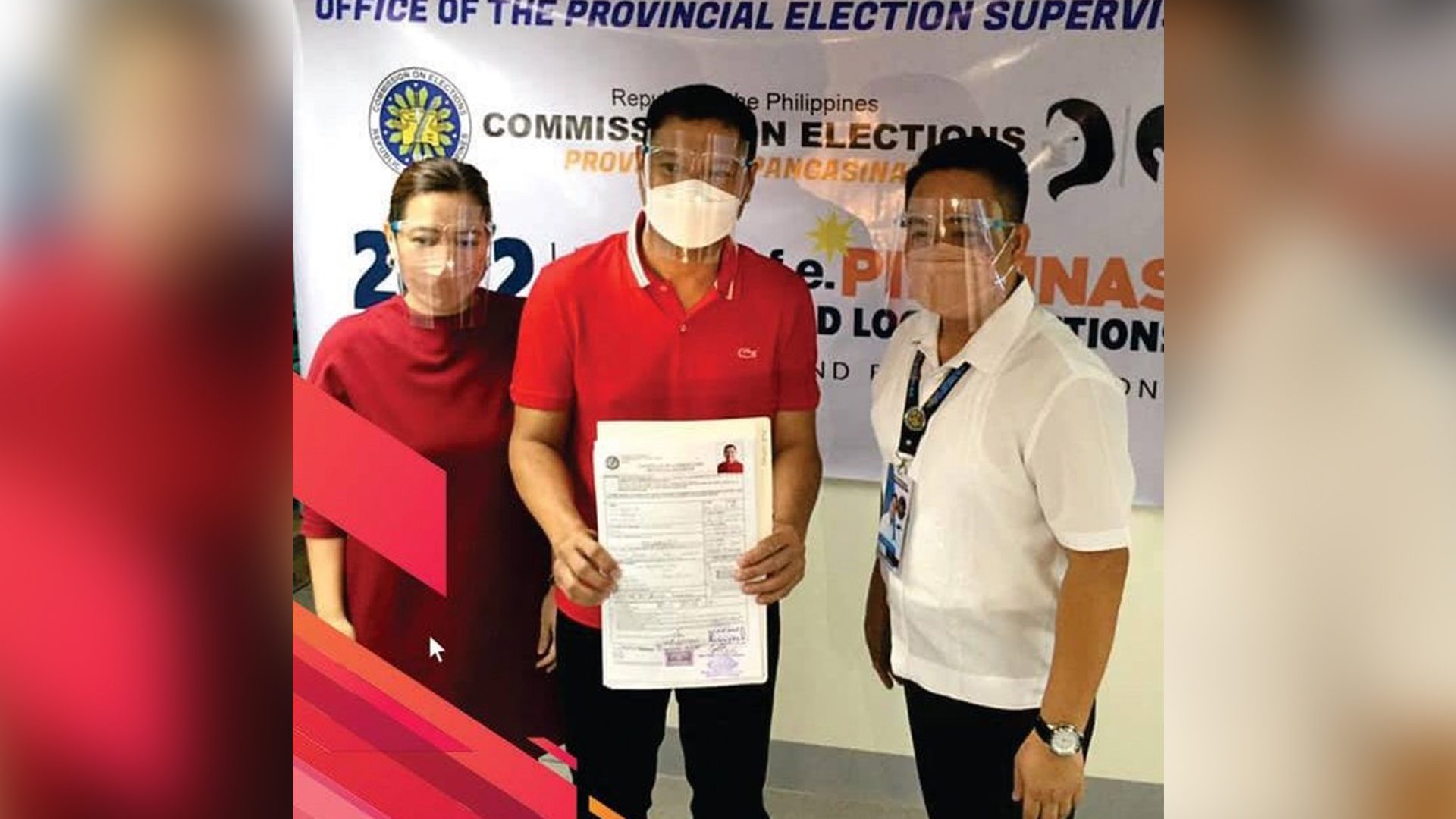 The post prompted a guessing game among constituents on which candidate the reelectionist governor will endorse.

Pangasinan province, with its independent city capital, Dagupan, has the third biggest number of voters (2.1 million) in the 2022 elections. Only Cebu province (3.3 million, with w/ Cebu City, Lapu-Lapu City, and Mandaue City) and Cavite (3.2 million) have more voters.

“Literal na ‘can work under any situation’ at ‘teamplayer’,” said Kate Sarabia.

But some critics of the governor warned about trust issues.

Espino’s camp is as confused as residents.

(We do not know who placed these but we are hoping people do not look at it in a bad light.)

“Hindi namin masabi pero baka they might come from our kaluyagans who favor Governor Espino along with some other presidentiables,” she said, calling the tarp banners “an expression of sentiment or personal choice.”

The governor has not yet endorsed any presidential bet.