TAAL VOLCANO. Plumes are seen coming from Taal Volcano as it is raised to Alert Level 3 on March 26, 2022.

MANILA, Philippines – After around eight months at Alert Level 2, Taal Volcano in the province of Batangas was once again raised to Alert Level 3 due to a phreatomagmatic eruption on Saturday morning, March 26.

The Philippine Institute of Volcanology and Seismology (Phivolcs) said in a bulletin on Saturday that there was first a “short-lived phreatomagmatic burst” at 7:22 am.

It was “followed by nearly continuous phreatomagmatic activity that generated plumes,” accompanied by volcanic earthquakes and “infrasound signals.” The plumes reached a height of 3 kilometers, Phivolcs later said, while up to 66 “discrete explosions” were detected by 5 out of 7 infrasound stations.

The phreatomagmatic eruption lasted until 8:59 am, recorded by 11 out of 16 seismic stations of the Taal Volcano Network.

“This means that there is magmatic intrusion at the main crater that may further drive succeeding eruptions,” Phivolcs explained, referring to the rising of magma toward the surface.

The agency recommended evacuation for the following high-risk areas:

By Saturday evening, around 600 families or 2,000 individuals had already been evacuated.

Phivolcs also said all activities on Taal Lake should be prohibited and communities around the lake must stay vigilant.

Since the eruption ended at 8:59 am on Saturday, “there has been no further activity,” Phivolcs said in an update at 7:45 pm. The agency only recorded 3 low-frequency volcanic earthquakes and 5 volcanic tremors.

But “sulfur-smelling wet ashfall” was reported on Taal Volcano Island, along the Calauit and Alas-as shorelines, and on the lakeshore of Barangay Banyaga. 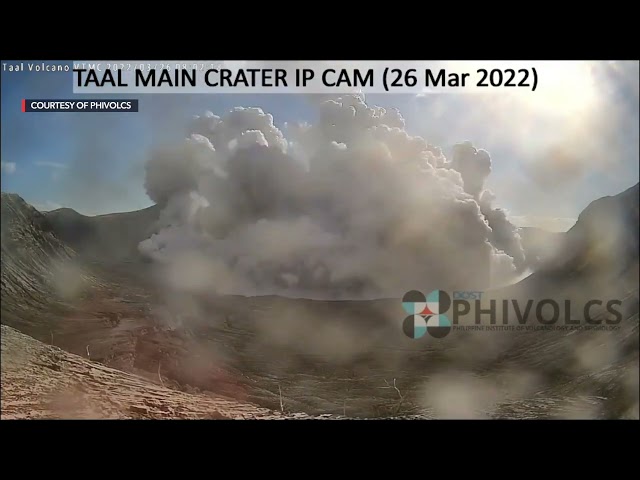 Taal Volcano’s last major eruption was in January 2020, when it reached Alert Level 4.

In comparison to the January 2020 eruption, the movement of the magma is slower this time, according to Science and Technology Undersecretary and Phivolcs Officer-in-Charge Renato Solidum Jr. This means there is time for gas to be released, instead of accumulating beneath the surface and causing a bigger eruption.

(We don’t see eruptions becoming as explosive as the one in January 2020, where magma rose rapidly to the surface and gas accumulated, leading to the strong eruption.)

The situation, however, remains volatile.

(What we still need to do is monitor if new magma would emerge and how fast it would rise, because if magma rises quickly, it could trigger a stronger eruption.)

Solidum advised residents living near the volcano to wear face masks as protection against possible ashfall and sulfur dioxide emissions. 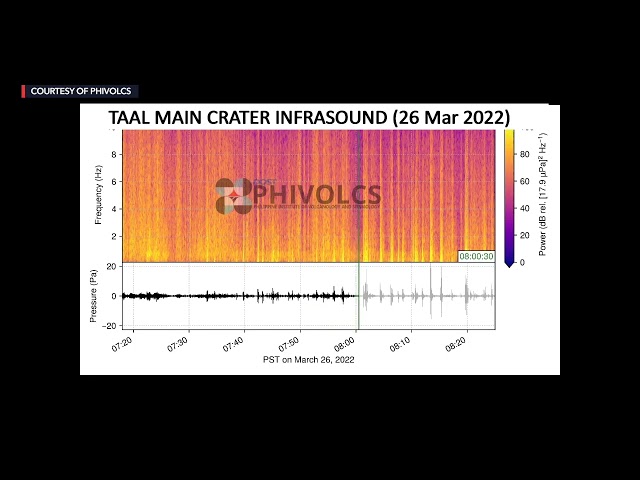