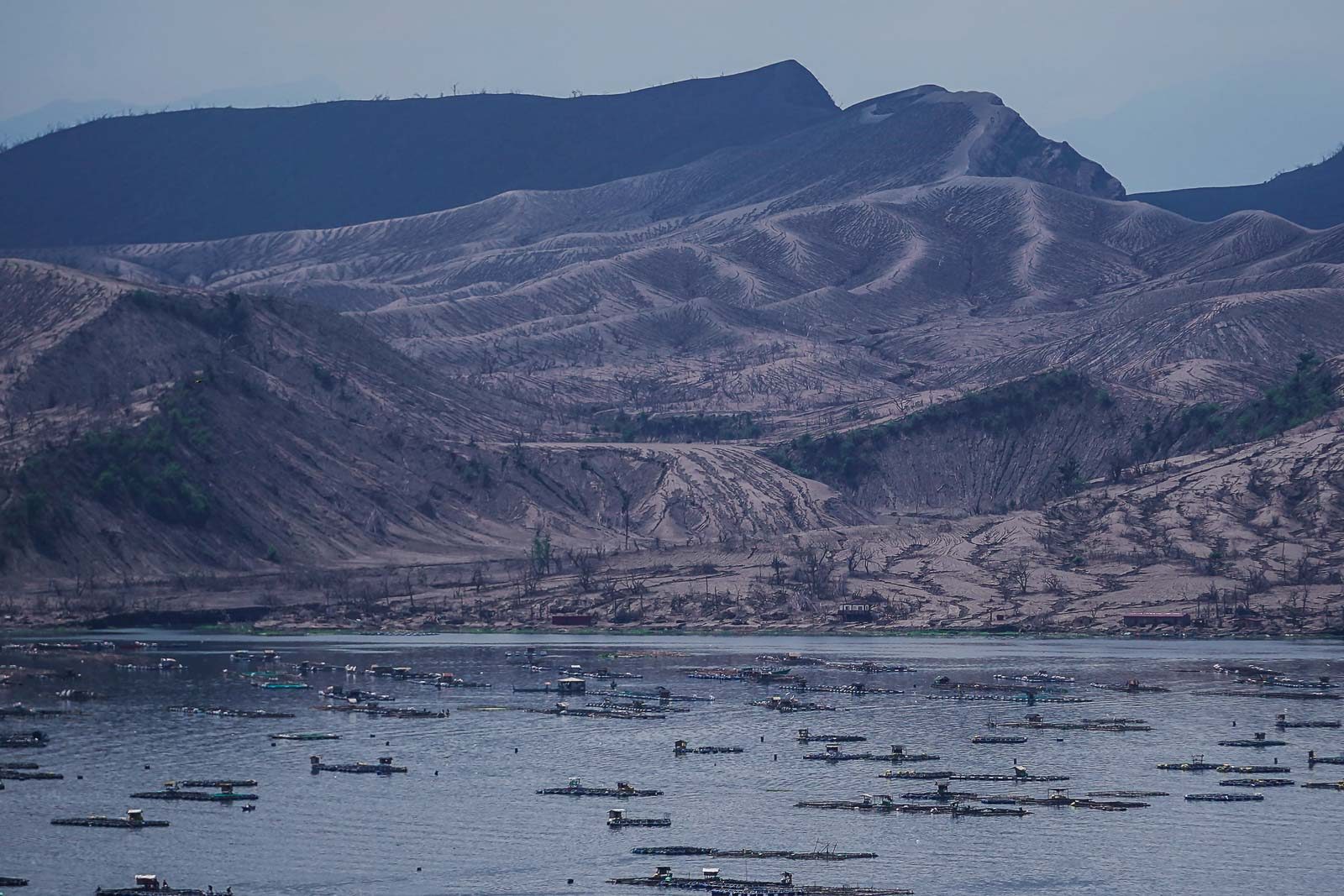 TAAL VOLCANO. Life goes on for residents living near Taal Volcano in Batangas as they continue economic activities on July 6, 2021.

Facebook Twitter Copy URL
Copied
(2nd UPDATE) Phivolcs observes decreased unrest at Taal Volcano in Batangas, resulting in the downgrade on Friday, July 23. But this does not mean that the threat of an eruption has disappeared.

State volcanologists lowered the status of Taal Volcano in Batangas from Alert Level 3 to Alert Level 2 on Friday evening, July 23, more than three weeks since unrest had escalated.

The Philippine Institute of Volcanology and Seismology (Phivolcs) said in an advisory that “there has been a cessation of eruptive activity at Taal Volcano” following the phreatomagmatic eruption on July 1 and 19 weak phreatomagmatic bursts recorded until July 9.

The July 1 phreatomagmatic eruption, or an eruption involving the interaction of magma and water, had prompted the raising of Alert Level 3.

But Phivolcs also stressed on Friday that the downgrade to Alert Level 2 “should not be interpreted that unrest has ceased or that the threat of an eruption has disappeared.”

“Should an uptrend or pronounced change in monitored parameters forewarn a potential eruption, the alert level may be raised back to Alert Level 3,” the agency said.

“Conversely, should there be a persistent downtrend in monitored parameters after a sufficient observation period, the alert level will be further lowered to Alert Level 1.”

Phivolcs said there has been an “overall decreasing trend in the level of monitoring parameters.” Below are the data for July. 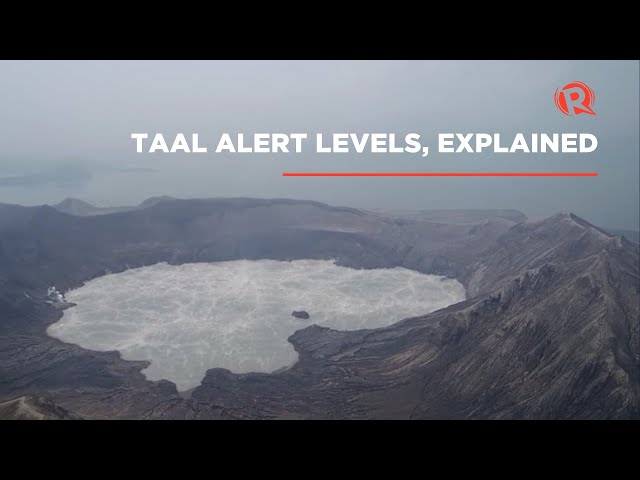 What happens under Alert Level 2?

According to Phivolcs, the following can occur at Alert Level 2:

Based on figures from the National Disaster Risk Reduction and Management Council given on Thursday, July 22, more than 21,000 persons or over 6,000 families were displaced by the Taal Volcano unrest in July. – Rappler.com