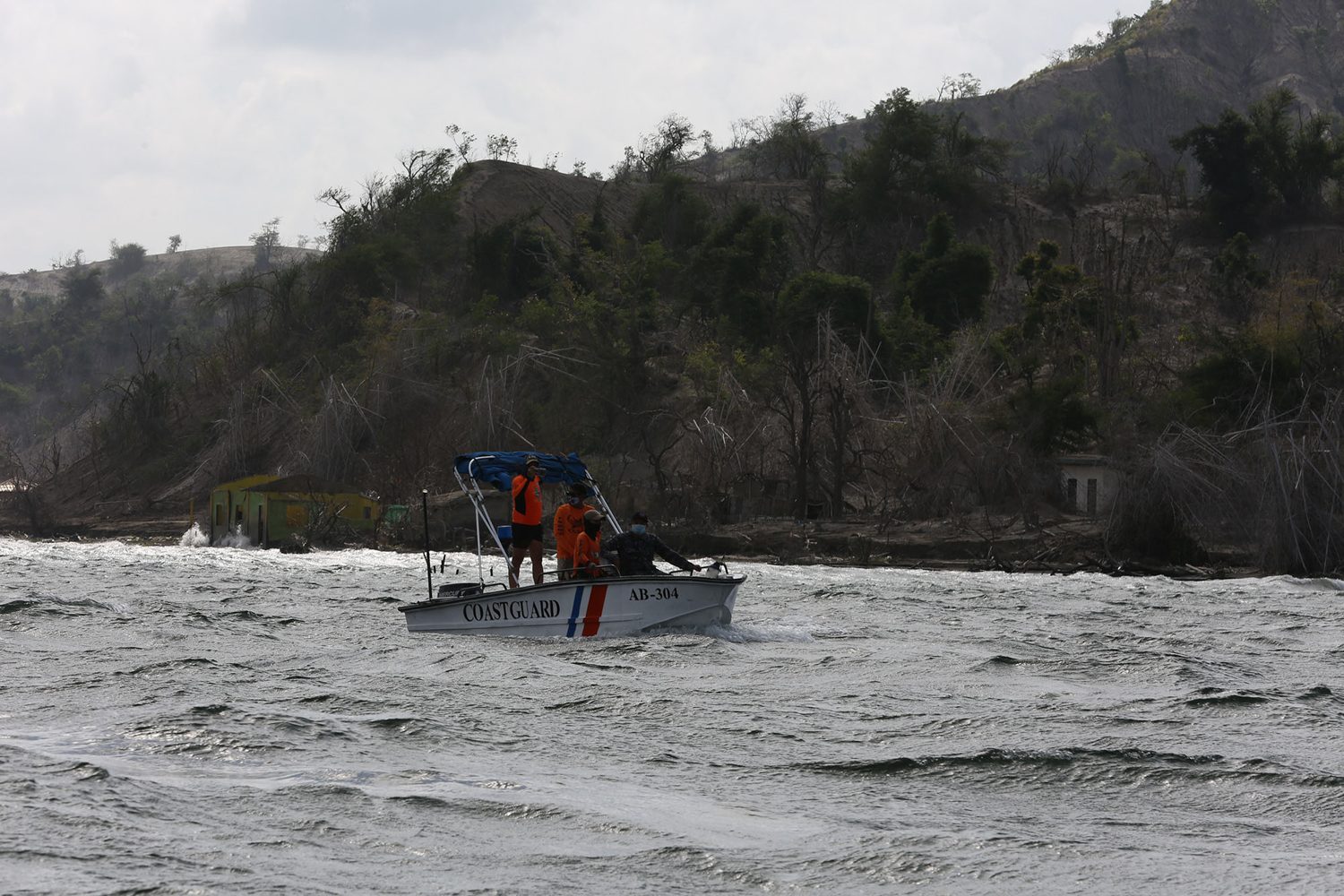 PATROL. Members of the Philippine Coast Guard patrol along Taal Volcano in Batangas on February 19, 2021.

Volcanic smog or vog was again observed over Taal Volcano and its vicinity in Batangas after sulfur dioxide (SO2) emission spiked on Tuesday, September 14.

The Philippine Institute of Volcanology and Seismology (Phivolcs) said on Wednesday morning, September 15, that it recorded SO2 emission of 15,508 tons per day on Tuesday.

A high level of SO2 indicates magma is relatively nearer the volcano’s surface. Vog, meanwhile, is a type of air pollution resulting from SO2 emission.

Phivolcs previously warned that exposure to vog “can cause irritation of the eyes, throat, and respiratory tract.” People with health conditions, the elderly, pregnant women, and children are particularly vulnerable to its effects.

Phivolcs also said at 8 am on Wednesday that in the past 24-hour period, the Taal Volcano Network recorded 16 volcanic earthquakes. These include:

The agency added that low-level background tremor has persisted since July 7.

Also in the past 24 hours, upwelling or the rising of hot volcanic fluids in the Main Crater Lake generated plumes 1,500 meters or 1.5 kilometers tall, which drifted southwest.

Taal Volcano has been under Alert Level 2 since July 23, downgraded to that level after more than three weeks at Alert Level 3.

Under Alert Level 2, the following could occur: