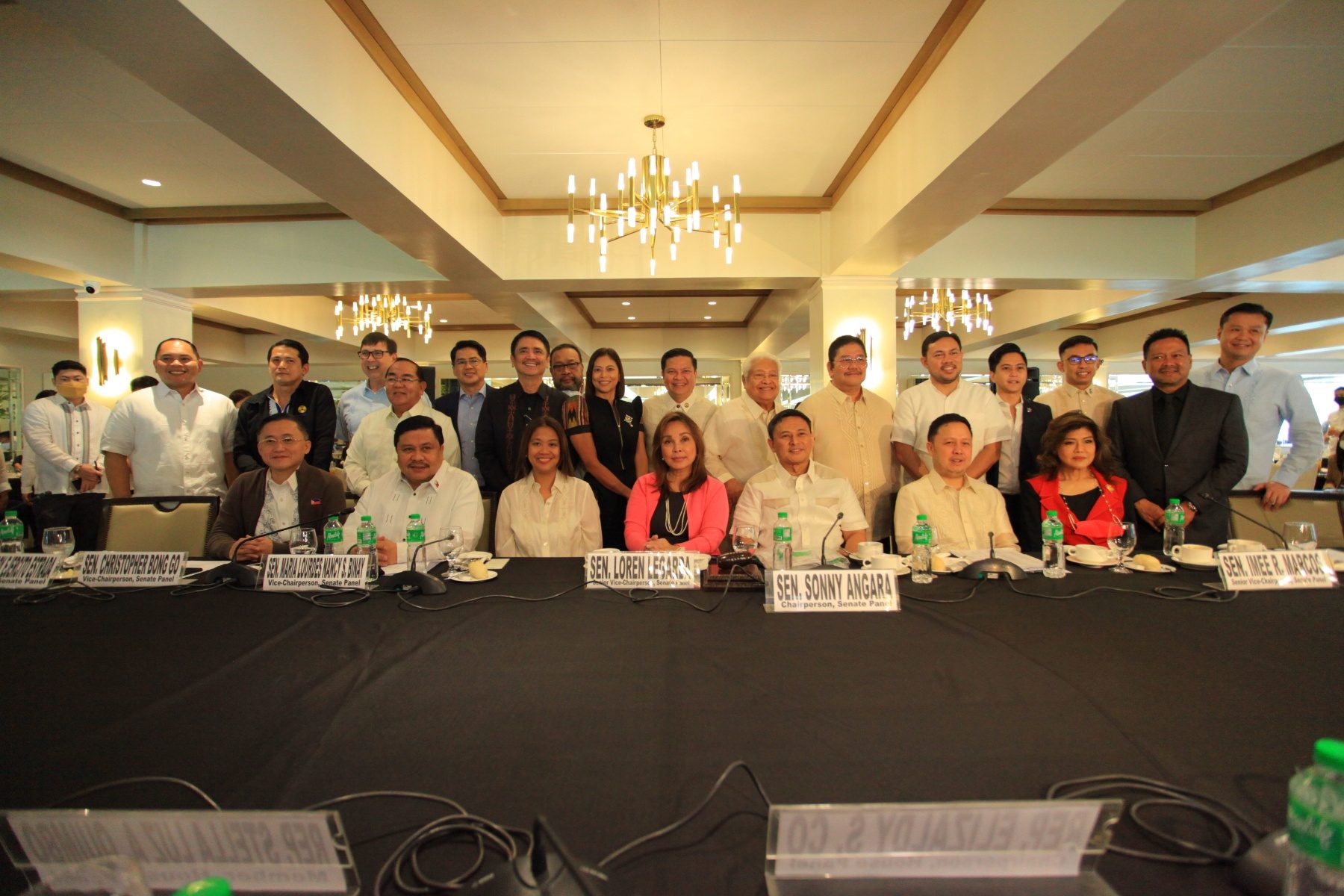 BICAM. The Senate and the House of Representatives convene to reconcile differences in versions of the 2023 budget they approved.

MANILA, Philippines – The Senate and the House of Representatives finished reconciling differences in versions of the proposed 2023 budget that they separately approved.

The bicameral conference committee – composed of representatives from the upper and lower chambers of Congress – approved on Monday, December 5, the report on next year’s spending plan.

Both chambers separately ratified the bicameral conference committee report later on Monday, which means that the only step remaining is getting President Ferdinand Marcos Jr.’s signature.

The Marcos administration’s proposed 2023 budget amounts to over P5.268 trillion.

Full details of the amendments in the final proposed budget have yet to be made public, but initial reports indicate a full restoration of the P150 million in intelligence and confidential funds sought by the Department of Education (DepEd), and the proposed P10-billion budget of the National Task Force to End Local Communist Armed Conflict (NTF-ELCAC).

Previously, the House realigned P5 billion from the proposed 2023 NTF-ELCAC funding after making institutional amendments, a move that the Gabriela Women’s Party called an “initial win.”

In a statement, House Speaker Martin Romualdez guaranteed that the budget would be passed before Congress goes on a Christmas break starting December 17.

“With this budget, which is the first full-year spending plan proposed by the President, we hope to hasten our economic growth, which should benefit our people,” said Romualdez, Marcos’ cousin.

In a separate statement, Senator Risa Hontiveros, one of the few opposition legislators in Congress, said she voted against the report, as the legislative branch “missed an opportunity to show its independence.”

She asserted that not only did the bicameral conference committee decide to fully restore the DepEd’s requested confidential funds, it also removed provisions that would require congressional reporting on how the budget will be used.

“In the absence of such provisions, in spite of the Select Oversight Committee on Confidential and Intelligence Funds, how can we be expected to exercise checks and balances?” Hontiveros asked.

“Congress has shown its malleability to the whims of the administration and has squandered an opportunity offered by the Senate for more transparency and accountability and less opportunities for corruption,” she also said. “We failed to demonstrate that we do hold the power of the purse.” – Rappler.com