Facebook Twitter Copy URL
Copied
Vice presidential bet Davao Mayor Sara Duterte says the cases of COVID-19 infections could shoot up in a month, a scenario that could impact the turnout of the May elections

CAGAYAN DE ORO CITY, Philippines – Davao Mayor Sara Duterte on Monday, March 21, sounded alarm bells about the prospects of a fresh wave of COVID-19 infections which she said could hit the country shortly before the May elections.

“There will be an incoming surge. It will be fueled by the sub-variant of Omicron,” said Duterte.

The Davao mayor said the projection is that the cases of COVID-19 infections would increase by May, but she opined that this could happen in the days before the elections, a scenario that could impact the turnout of elections.

“They say this will come in about two months, but my prediction is that we will see this in about a month,” Duterte told the Davao City Disaster Radio. 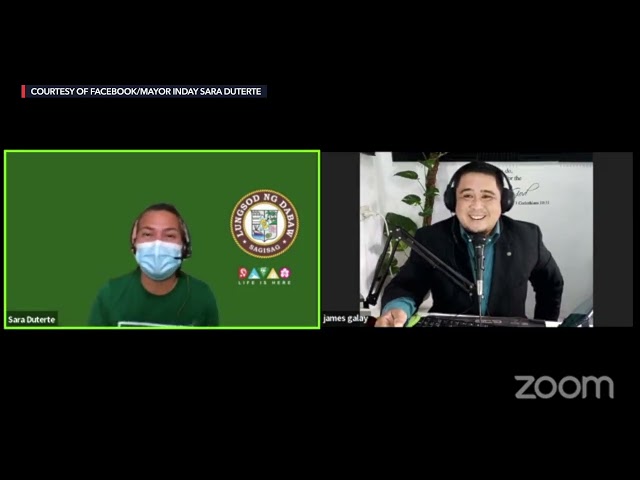 She said the Davao City government would not resort to lockdowns in the event of another surge in the city, but was preparing to make the infected go on home isolation unless they need to be admitted to hospitals.

Duterte said the projections were based on “our experience” when the country saw COVID-19 cases surging on several occasions after periods when the government eased quarantine restrictions.

The government started placing many cities and provinces under the least strict Alert Level 1 category in February following surges in COVID-19 cases in January. The spikes in cases were blamed on the spread of the highly transmissible Omicron variant, and the December 2021 holidays and merrymakings.

Duterte said the local government would ramp up the campaign to give more people in Davao COVID-19 vaccine booster shots, especially to those undergoing dialysis, the diabetic, those with kidney problems, cancer patients, and others with comorbidities.

She also called on the unvaccinated to get their jabs, reminding residents to wear face masks and observe health protocols set by the government.

Duterte, however, called on Dabawenyos to keep calm. “If you don’t see the mayor panicking, don’t panic.” – Rappler.com