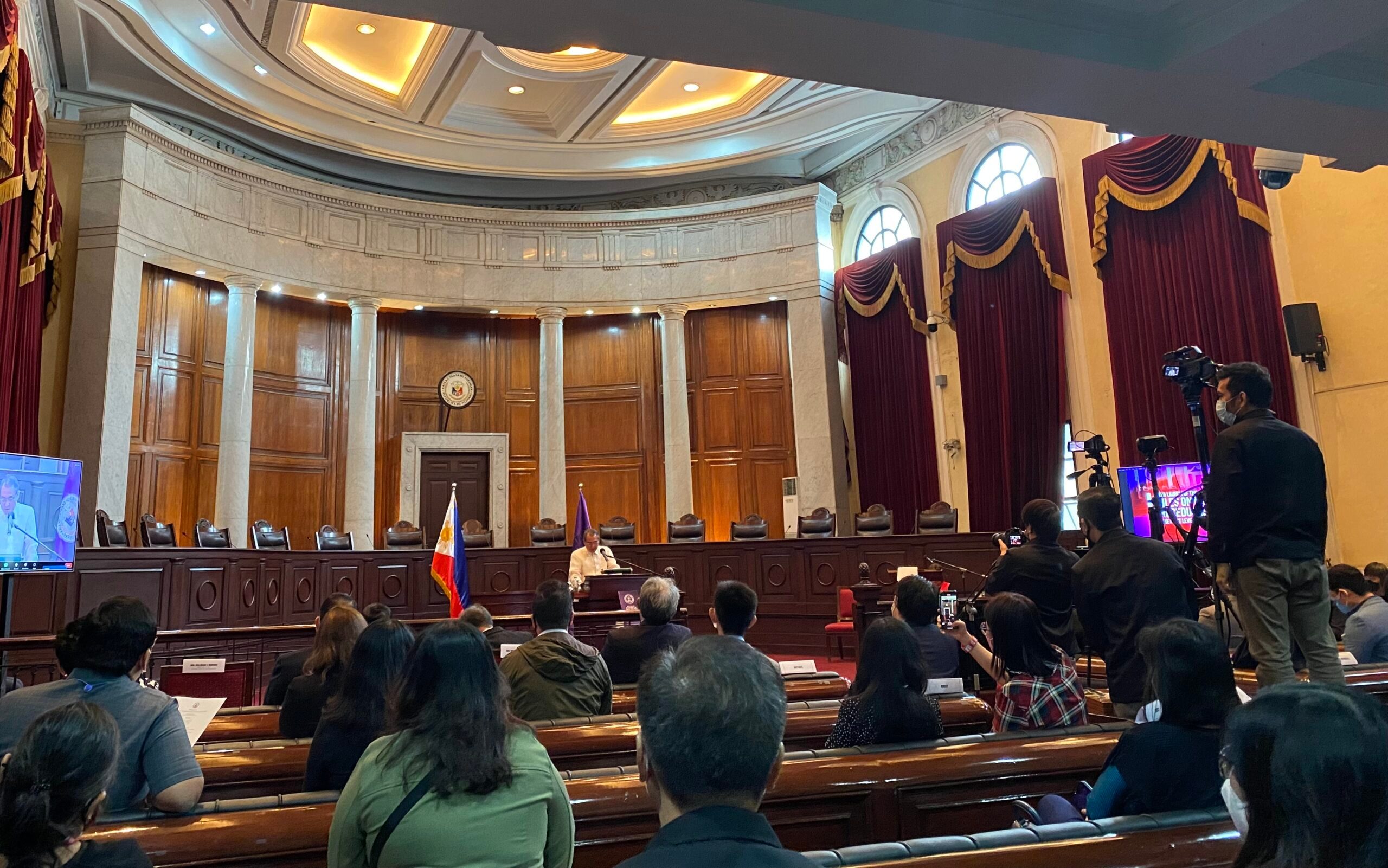 MANILA, Philippines – A new rule for “small” cases in first level courts will take effect on Monday, April 11, as the Supreme Court promises a fast resolution of five months for cases that used to take five years.

It’s the rules on expedited procedures in first level courts that will make some civil and criminal cases fall under the jurisdiction of metropolitan and municipal trial courts, with a fast resolution time of only a maximum of five months.

“There will be a more simplified, inexpensive, and speedier disposition on small claims cases as we introduce technological innovations and best practices for the benefit of the underprivileged and court users in general,” said Supreme Court Associate Justice Henri Jean Paul Inting, the chairperson of the committee on the revision of rules, on Friday, April 8, during the launch.

Aside from prohibiting pleadings that can delay the proceedings, A.M No. 08-8-7-SC will also do away with arrest warrants except for failure to appear before the court despite notice. In criminal cases, prosecution and defense have only 60 days each to present evidence, and 30 days for the court to render judgment.

Court of Appeals Associate Justice and Supreme Court justice applicant Maria Filomena Singh said even requests for clarificatory affidavits will not extend the 30-day deadline for the court to render judgment.

“There’s no reason that we’re not able to do this,” she added.

Singh explained that effectively, there will be no trial as it will just be submission of briefs and affidavits. If there’s a need for a hearing, the rule allows virtual hearing and is even more liberal here.

The rule says if the parties express difficulty accessing the court-approved virtual hearing platform, they can resort to alternative instant messaging platform.

“The court can use Viber, Facebook messenger, and other platforms (with video call),” said Supreme Court Associate Justice Midas Marquez, also a member of the committee that made the rules.

However, the rule is “strictly prospective,” so cases that qualify under the criteria of the new rule but began before April 11 shall stay in old jurisdictions.

If it were retroactive, cases of violating quarantine filed under the notorious Republic Act No. 11332 – which jailed tens of thousands of Filipinos and resulted in prolonged detentions – would have had hopes of being resolved soon. RA 11332 cases clogged prosecutorial and court dockets, partly because there was confusion on how to interpret the law.

Last year, President Rodrigo Duterte passed Republic Act No. 11576 or the Judiciary Reorganization Act of 2021 into law, expanding the jurisdiction of first-level courts, or the metropolitan and municipal courts, with the aim of unclogging the dockets of regional trial courts. RA 11576 was a springboard to this new rule.

There were, for a time, rules on continuous trial that promised resolution of cases of up to six months, but those were not 100% complied with.

The Supreme Court has been, for years, undertaking judicial reforms and promising them to be the answer to the perennial problem of slow-paced resolution of cases.

As Chief Justice Alexander Gesmundo said, “The Supreme Court is completely aware that the Filipino people places a high premium on timely adjudication of cases.”

“It is the fervent hope of the Court that this rule shall be applied meticulously so that every civil and criminal cases covered therein shall be resolved appropriately without unwarranted delay,” said Gesmundo. 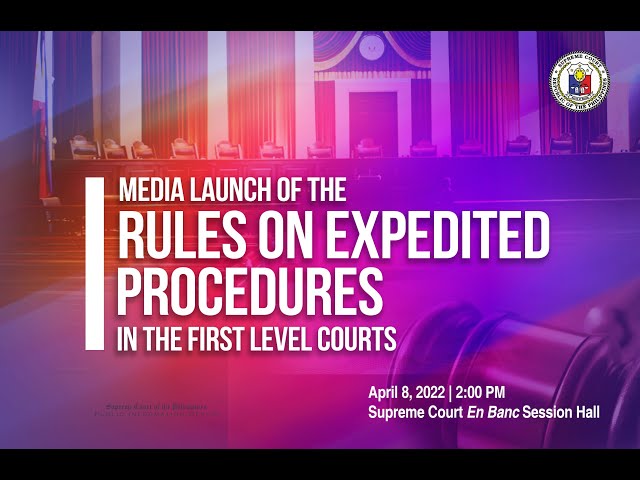