Facebook Twitter Copy URL
Copied
In his last year in power, President Duterte plays catch-up on his promises, struggles to lift the country from the pandemic, and faces a possible International Criminal Court probe into his drug war

Like monsoon clouds bringing rain to most parts of the country, President Rodrigo Duterte’s string of unfulfilled promises loom over his final State of the Nation Address (SONA).

To be delivered at 4 pm on Monday, July 26, at the Batasang Pambansa, it is the second SONA to take place amid a raging COVID-19 pandemic.

Only four days before the much-awaited speech, health officials confirmed the local transmission of the feared Delta variant of the coronavirus, a development that threatens to stall already sluggish economic recovery.

How the Duterte administration will shepherd the country out of the pandemic is the biggest question to hound his last year in power and will be a major topic in his Monday speech. Budget Secretary Wendel Avisado has told Rappler that funding for vaccine booster shots and the creation of a virology institute or a center for disease control will be budget priorities in 2022.

But Duterte’s performance will also be measured by how far he has come in fulfilling major promises from 2016, when he assumed the presidency. One such promise, an “unrelenting” drug war, haunts his last year in power and beyond with the International Criminal Court set to decide on a formal investigation in the coming months.

Riding a global wave of populist leaders, Duterte was elected into office after presenting himself as a swashbuckling crime-buster who would lift the downtrodden masses from the quagmire created by “oligarchs” and elites from Manila. He promised to nix drug crimes, end unfair labor practices, purge corruption, and bring peace and order. (READ: Duterte’s legacy, in his own words) 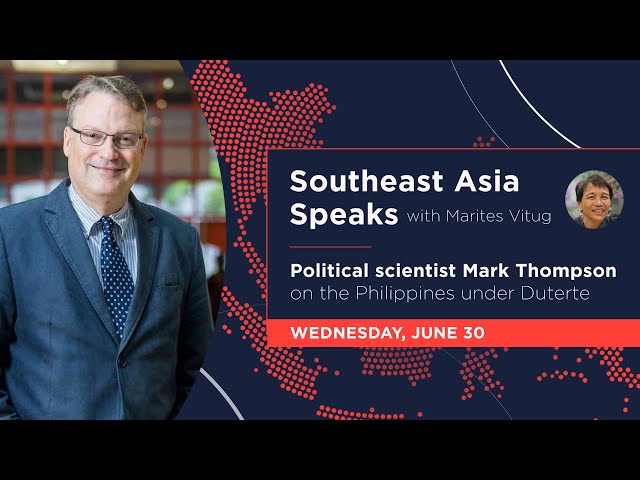 These tall orders, many unfulfilled, cast a shadow over Duterte’s Monday speech and the countdown to his last year as President.

Duterte miserably failed in his vow to suppress drugs and criminality within “three to six months” of his first year as president. He admitted this himself, claiming he did not foresee corruption within police ranks that made the promise unrealistic.

There’s no doubt, however, that Filipinos feel and fear his drug war. Throughout Duterte’s term, police raids turned streets bloody all over the country while still-unidentified gunmen, often on motorcycles, killed mayors, lawyers, priests, activists, and even a doctor. Drug addicts filled up covered courts and basketball courts to surrender, only for some of them to die at the hands of vigilantes.

There have been at least 8,663 drug-related deaths since the start of the anti-drug campaign, based on June 2020 figures from the office of the United Nations High Commissioner for Human Rights.

Human rights groups say the drug war death toll could be as high as 20,000 to 30,000 if extrajudicial killings are included. Despite this, drug war victims see little hope of getting justice in the courts. Authorities have made it difficult for families of victims to obtain documents they can use to file complaints.

Violent words like “tokhang” and “nanlaban” became part of everyday linggo, and it became normal for the highest official of the land to claim some people didn’t deserve human rights.

A majority of Filipinos support the drug war, but a majority also believe it’s abuse-ridden, according to surveys. For many, it’s enough that Duterte’s words are scaring off drug addicts and peddlers and that’s one reason why, according to Pulse Asia’s Ana Tabunda, he is on track to becoming the country’s most popular post-Marcos president.

But Duterte’s most well-known promise also haunts his last year in power and even beyond his presidency. The International Criminal Court is set to decide in the coming months if it will formally open an investigation into crimes against humanity committed on his watch. The court’s former chief prosecutor Fatou Bensouda has declared there is basis to believe the state backed the extrajudicial killings.

Another promise Duterte has admittedly fallen short of is weeding out corruption in government. Although he is proud of firing “hundreds” of officials and “exposing the oligarchy,” his last major move to curtail corruption is to create a “mega task force,” which has so far not led to any legal cases, much less, convictions. Far from championing transparency, Duterte has not publicly released his 2018, 2019, and 2020 SALNs, unlike his Cabinet members and Vice President Leni Robredo.

Duterte gave up on this promise in the middle of his term, even if it would have been the most far-reaching and important legacy of his presidency. Key members of his Cabinet, most notably top Duterte adviser Finance Secretary Carlos Dominguez III, were against federalism. His allies in the Senate were lukewarm to it. Now the only major change in the Constitution his allies are pushing is to loosen restrictions on foreign investors. (READ: What you need to know about the pre-2022 push for charter change)

Duterte’s shining achievement was to sign the Bangsamoro Organic Law and get it ratified. The fruit of decades of the government’s on-and-off peace negotiations with Muslim rebels, this is a feather on the cap of the first Mindanaoan president.

In stark contrast is the peace process with communists. What began as his cordial, even warm, relations with the Left deterioriated into name-calling, deadly ambushes, and now terrorist designations even for the communist party’s political arm which used to negotiate with the government.

But despite the creation of the Bangsamoro region, not everything is peachy in Mindanao. Duterte declared martial law because of a five-month siege on Marawi City by Muslim extremists. There were a string of terror attacks in Sulu, Zamboanga City, Sultan Kudarat, and even his hometown of Davao City. The long-drawn rehabilitation of Marawi and the lack of compensation for residents who lost their homes, some to new government projects, is fomenting distrust.

Duterte can be credited for several landmark populist measures – mostly the work of lawmakers which he signed off on when it got to his desk. These include the universal health care law, free tertiary education law, and the Free Internet Access in Public Places Act. These measures were not Duterte’s brainchild, but, in the case of the law providing free tuition in public colleges, he resisted opposition from his economic managers.

However, Duterte failed on his promise to end contractualization, despite Congress being dominated by his allies.

After vetoing the creation of a coconut levy trust fund in 2019, Duterte finally signed the law that is supposed to allow coconut farmers to benefit from taxes collected from them during the Marcos dictatorship – another one of his promises.

Duterte failed to make good on his promise to fight for the West Philippine Sea, a promise many Filipinos believed was exemplified by his vow to go there on a jetski. Only four months before the President’s SONA, Chinese ships started swarming features in Philippine waters. His “friendship” with Chinese President Xi Jinping did not stop China from passing a law that allows its Coast Guard to fire upon foreign vessels in waters it claims.

Duterte, however, tried. He’s brought up the Hague ruling in meetings with Xi, to the dismay of Chinese officials. He dutifully followed the script at the 2020 United Nations General Assembly, where he used strong words to assert the Hague ruling. Yet, a year later, he called the landmark ruling as nothing but trash, parroting Chinese officials. In total, Duterte’s performance on this front is characterized by mixed messaging coupled with a still worrisome situation in the West Philippine Sea.

Duterte promised he would leave behind new train lines as his infrastructure legacy, to ease Metro Manila traffic and bring development to regions outside the capital. But not a single track of the promised Mindanao railway has been built. The promised Subic-Clark Railway is targeted to be completed in 2023 yet, and a commercial contract for it was signed only in January 2021.

For a comprehensive tracker of the status of all of the government’s infrastructure projects, click here. What Duterte managed to complete was the LRT-2 East Extension project which was started in the previous administration. (READ: [ANALYSIS] 10 Build, Build, Build projects that started before Duterte) – Rappler.com

To catch live updates of Duterte’s SONA 2021, check this page. What do you want to hear from Duterte’s last SONA? Post about it on social media using the hashtag #SanaSaSONA.