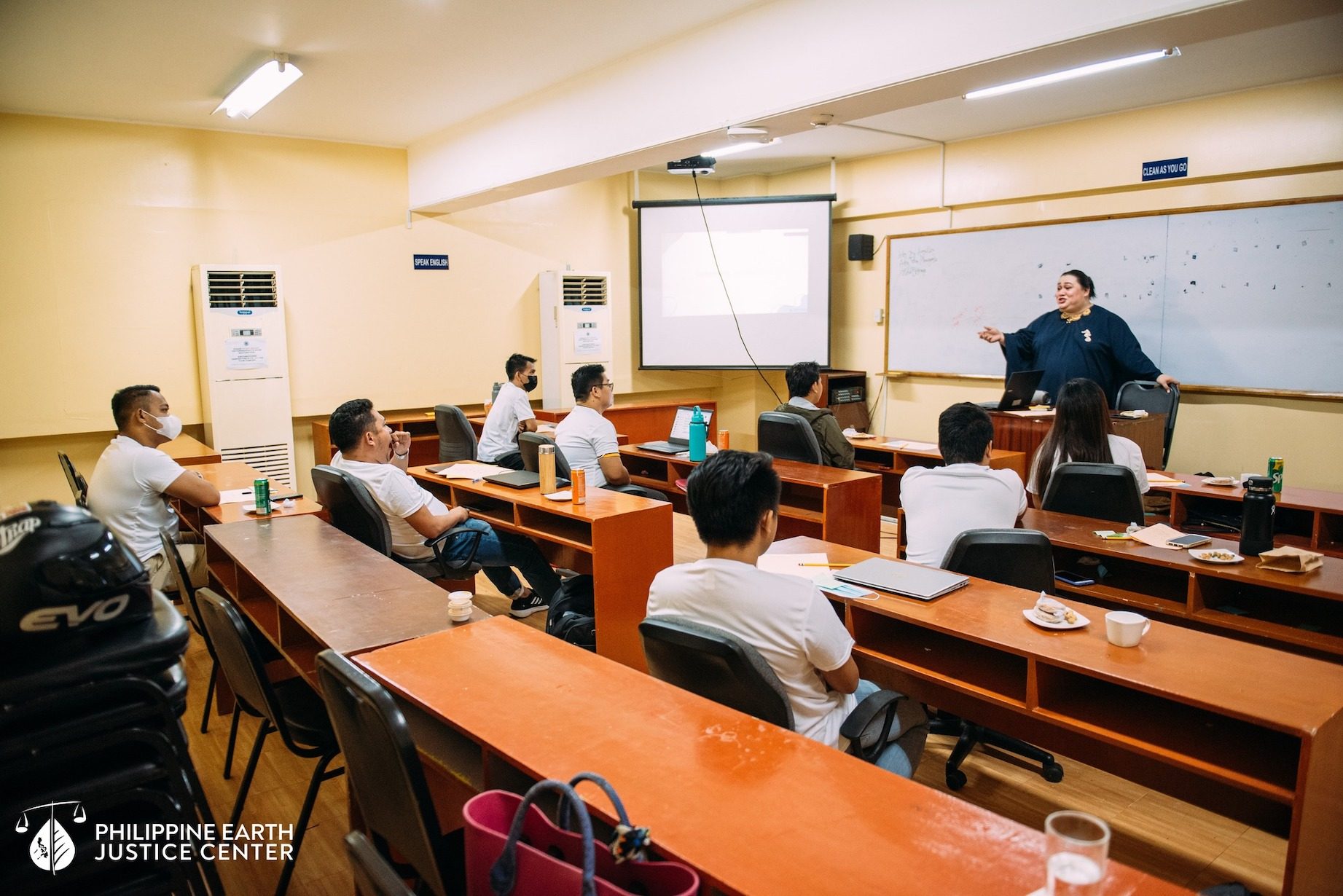 ADVOCATES. The 8 Sangguniang Kabataan youth leaders will be replicating the Young Environmental Champion program in their own communities to produce more youth champions.

“The Young Environmental Champion is a program designed to empower our youth to take action for mother earth. This is part of the series of programs in mainstreaming environmental justice,” read their Facebook post.

During the program, environmental advocates and lawyers educated the SK leaders in a series of workshops aimed at developing better youth governance and awareness of climate justice.

“When we thought about this project, we wanted to start them young and we wanted to engage with those who are in power or those who have the ability to make change through governance,” John Menguito, PEJC managing trustee said in a press conference on December 11.

Menguito said that they have been reaching out to multiple communities in an effort to help develop environmental programs and laws.

“Our law students from the UC Office of the Legal Aid would go to the community, partner with them, and help in crafting policies, strengthen the legal capabilities of these communities in protecting their environment,” Menguito said.

One such example is the municipality of Dumanjug whose local government, Menguito said, has taken steps to craft its own environmental code.

According to PEJC, the environmental code would serve as a legal basis for the protection of the locality’s environment and a defense for small communities that are being threatened by big entities who wish to take advantage of the former’s natural resources.

Estenzo told Rappler that the youth leaders will replicate PEJC’s training program in their own communities and are expected to produce around 300 Cebuano youth champions for climate justice before the end of 2022.

According to campaign lead Niña Estenzo, organizations like PEJC need to engage with youth leaders for climate justice. @rapplerdotcom pic.twitter.com/SvkOx8aMSz

“There is a dumpsite near the elementary school and constituents throw their waste there. The saddest part is that the area is also where water passes and when floods happen, it hits the school,” Bontigao said in Cebuano.

After the two-day summit, Bontigao shared that she wanted to make a policy with the village where the school is located that would regulate the throwing of waste.

Bontigao believes that if they can’t control the amount of trash, they can always try starting a zero-plastic campaign.

Estenzo said that part of the program was to discuss environmental programs that communities can earn from and sustain.

Alzon Ruelo, an SK officer from Mandaue City shared that they have been implementing a garbage collection program that ensures families get food for their segregated waste.

“We have an existing project, called Basura mo, Gulay mo. We collect garbage and in return, we give them vegetables that they can use at home,” Ruelo said

The youth leader explained that they would turn over trash to a nearby waste collection center or a junkshop and use the money from it to fund more environmental programs. “Even if it’s small, it has a huge impact on our society,” Ruelo added. – Rappler.com