Facebook Twitter Copy URL
Copied
While the military has yet to identify the slain rebels, the National Democratic Front-Negros confirms Acosta's death but claims he was captured alive, then murdered

The 94IB said in a statement that two unidentified bodies were found after members of the unit and the 47th IB encountered a group of 10 armed communist rebels in Sitio Makilo, Barangay Camansi, Kabankalan around 2 am.

A statement by Ka Bayani Obrero, spokesperson of the National Democratic Front-Negros identified the slain rebels as “NDF consultant Ericson Acosta and his companion, a peasant organizer.”

Acosta, a poet and musician, and former political prisoner, was the husband of the late poet-turned-rebel Kerima Tariman, who died in a Silay City encounter in August 2021. Both had served as editors of the University of the Philippines’ (UP) Philippine Collegian.

He won the 2015 National Book Award for Best Book of Poetry in Filipino for “Mula Tarima Hanggang at iba pang mga Tula at Awit,” published by the UP Press.

Lt.Col. Donald Almonte, 94IB commander, claimed they were tipped off by residents and that the rebels were part of the bigger band involved in the October clashes in Barangay Carabalan, Himamaylan, that temporarily displaced thousands of residents.

The rebel spokesperson said soldiers captured Acosta and his companion “alive” and “a few hours after, tagged them as casualties of a fake encounter.” The military has not yet confirmed that one of the slain guerrillas was Acosta.

“Today, the Filipino people have lost a revolutionary, propagandist, poet, song writer, journalist and thespian,” Obredo said, who condoled with the family of Acosta. The slain rebel’s father-in-law is poet and musical impresario Pablo Tariman and his son, Eman, is also a musician.

Pablo, who previously went to Silay, Negros Occidental, to claim the remains of his daughter, posted a short message on his Facebook page. “Have enough rehearsal for this scenario I am no longer shocked. Acceptance now comes easy,” he said.

Acosta was arrested in February 2011 in the town of San Jorge, Samar. While in detention, he managed to write a diary, “Jailhouse Blog,” and record two albums worth of songs called “Prison Sessions.” Renato Reyes, Bayan secretary-general and fellow musician, said, “Kami ‘yung nag record ng prison sessions. I would visit him and we would record songs.”

Acosta was released in 2013, after the justice department dropped a complaint of illegal possession of explosives against him. 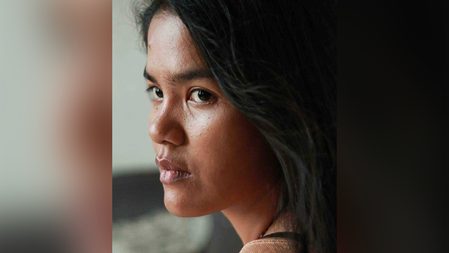 The November 30 Kabankalan rebel deaths followed reports that 62nd Infantry Battalion soldiers killed two rebels on Monday, November 28 in Moises Padilla, a town on the border of Negros Occidental and Negros Oriental, around 43 kilometers away from Kabankalan.

The cadavers were turned over to the Moises Padilla police, according to the military.

Brigadier General Inocencio Pasaporte, 303rd brigade commander, attributed the “successful armed engagement against the NPAs to the vigilance and support of the local populace.” – Rappler.com