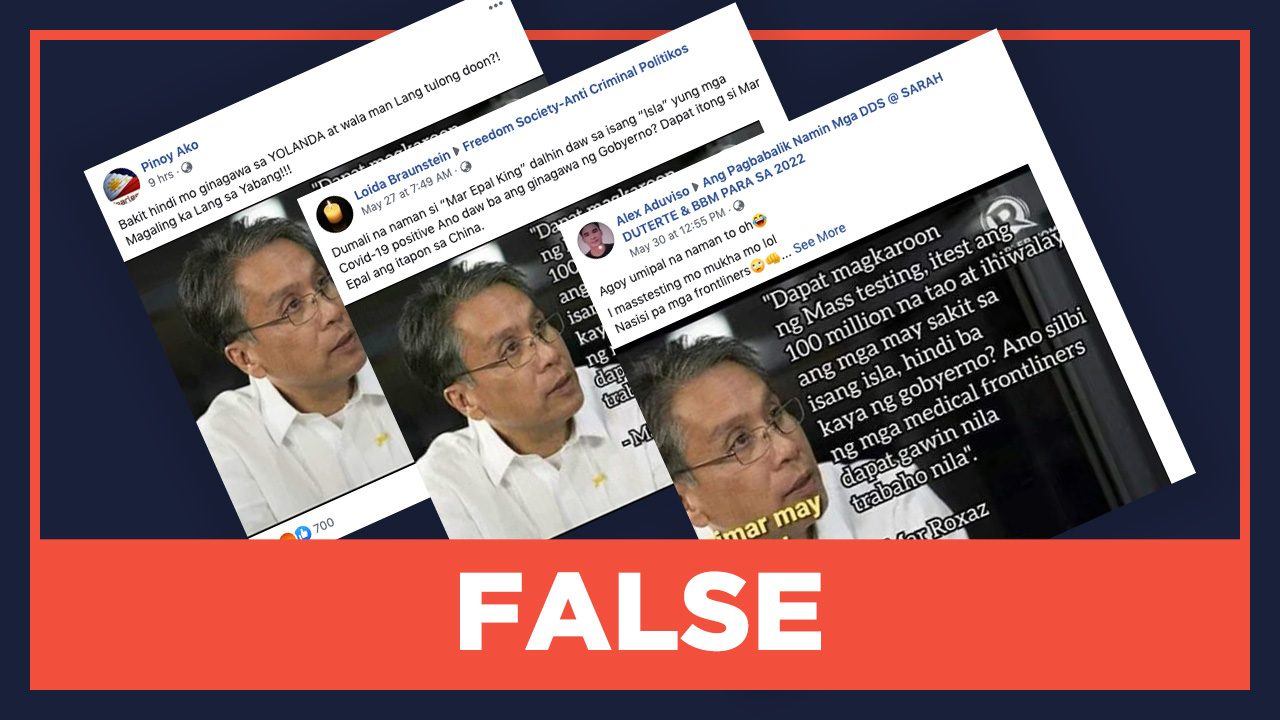 Claim: Former interior secretary and 2016 presidential candidate Mar Roxas urged mass testing in light of the coronavirus pandemic, but also said those who fall sick should be brought to an island. He also supposedly chided medical frontliners and told them to do their jobs.

(There should be mass testing. Test 100 million people, and put those who are ill in one island. Can’t the government do that? What are medical frontliners for, they should do their jobs.)

His name was spelled as “Roxaz” in the quotecard, which also contains a watermark of Rappler’s logo.

The quotecard was posted as early as May 27, according to Facebook’s Claim Check dashboard that flagged these posts. One such post by the Pinoy Ako Facebook page on Wednesday, June 3, has been shared over 1,200 times and has received 700 reactions and 525 comments as of writing.

Some readers also emailed Rappler and reported in the Fact-checking in the Philippines Facebook group a screenshot of posts containing the quotecard for verification. The facts: There are no news reports from credible news organizations that carried this supposed quote by Roxas.

Searching parts of the quote or the entire quote on Google does not turn up any result supporting the claim.

Neither the quotecard nor the posts that shared it did not cite the source of the quote.

In addition, Roxas has yet to issue a statement related to COVID-19 developments in the country on his official social media pages. He last posted on his Facebook and Twitter accounts in October 2019, and on his Instagram account in December 2019.

The photo used in the quotecard was from an old Rappler interview of Roxas in November 2015, months before the 2016 presidential elections. – Rappler.com