Facebook Twitter Copy URL
Copied
China's ongoing campaign in the vital waterway, in spite of the pandemic, prompts blowback from Southeast Asia and beyond

In a year fraught with uncertainty and an unending stream of challenges, not even a pandemic was enough to stop China’s aggressive behavior in the South China Sea.

Out in high waters, rather than a slow down of patrols or reported military activity,  defense and foreign ministries across the world seemed active as ever.

A recent study from the Asia Maritime Transparency Initiative of the Center for Strategic and International Studies (AMTI-CSIS) in Washington tracked this, finding that the China Coast Guard (CCG) continually deployed ships around “symbolically important features” on a nearly daily basis in 2020 – just like it did last year.

These features include Scarborough Shoal (Panatag Shoal) and Second Thomas Shoal (Ayungin Shoal) in the West Philippine Sea, as well as Luconia Shoals off of Malaysia and Vanguard Bank off of Vietnam.

In some cases, patrols even increased, especially in the case of Panatag Shoal, with at least one CCG vessel spotted in 287 of the last 366 days, AMTI said, marking a climb from the 162 days recorded in 2019.

For military activities, the waterway was similarly busy. The AMTI found both China and the United States upped their public announcements on defense engagements in the South China Sea. Against this backdrop, the two world powers already saw tensions soar as they clashed on multiple fronts like technology and trade.

But in spite of these moves, countries in Southeast Asia and far beyond found ways to push back against China.

Defending their rights, countries asserted the rule of law in the quiet corners of multilateral offices or before leaders on the world stage. Just as China pushed on with its might in the South China Sea, the year saw more countries take a stand on Beijing’s actions in the vital waterway.

One venue where this was most pronounced was in the United Nations’ Commission on the Limits of the Continental Shelf (CLCS). At least 10 countries joined in on a salvo of diplomatic notes that called out China’s claims in the South China Sea.

The flurry of filings spanned December 2019 to October 2020, prompted by Malaysia’s application to define the limits of its extended continental shelf.

Under this little-known UN office, the following countries have issued public diplomatic notes calling out China’s claims in the South China Sea:

While the list of countries calling out China’s actions has grown, not all countries reached the same degree of opposition against the Asian giant.

For instance, some countries like Indonesia have implied that Beijing should comply with the 2016 arbitral ruling, while some like the Philippines and the US have explicitly said China should respect the decision.

The Philippines is one of the countries with a wide-ranging position rejecting nearly all aspects of China’s claims. Manila has repeatedly asserted Beijing’s historic rights to the area were illegal, along with its claims of ownership stemming from underwater features and the Spratlys, among others.

The one aspect where most countries agreed was in asserting that China’s “historic rights” to the strategic area were illegal. This much was settled in the 2016 arbitral award that struck down China’s 9-dash line as unlawful.

But even with differences among countries’ positions, the AMTI pointed out that the filing of diplomatic notes this year was a “crystallizing moment” for the South China Sea disputes. Through notes verbales at the UN CLCS, several countries –  some for the first time – publicly clarified their positions on the issue.

The think tank noted that the last time a shift in public messaging took place was between 2009 to 2010, after similar submissions to the international body. This was followed in 2016, when countries across the world weighed in on the Philippines’ historic victory against China at the Permanent Court of Arbitration.

“In this latest episode, parties are finally addressing the merits of that award as well as some alternative legal theories that China has floated to explain its claims,” AMTI-CSIS said.

In 2020, a significant push back against China in the South China Sea was also signified by Washington’s decision to brand most of Beijing’s expansive claims as illegal.

The US’ statement released last July 13 emphasized that not only were China’s claims to offshore resources in the maritime area illegal, so was its “campaign of bullying to control them.”

The timing of America’s message was significant, coming out the day after the 4th anniversary of the 2016 arbitral award on July 12. Unlike past years, the Philippines, through Foreign Secretary Teodoro Locsin Jr, put out its strongest position on the ruling yet as he insisted China comply with the “non-negotiable” legal victory.

While the US State Department’s latest position was not a “radical break” from past US administrations, foreign policy experts emphasized that the announcement was the strongest and most explicit support expressed by Washington for the 2016 Hague ruling. 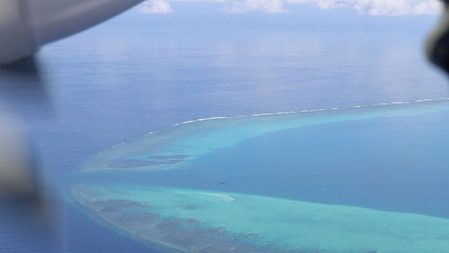 It also served as a starting point for further action by the US government and other world powers in Europe.

This was seen in August, when the US State Department and Commerce Department sanctioned 24 Chinese companies linked to Beijing’s island-building campaign in the South China Sea.

A month later, naval powers France, Germany, and the United Kingdom added their weight to increasing world pressure against Beijing’s actions in the area through a joint note verbale to the UN. The countries – collectively known as E3 – reaffirmed their positions on the dispute and stressed the need to abide by the rule of law.

Before the year ended, more European countries also started to develop their own Indo-Pacific strategies. This was in recognition of the great significance of the South China Sea since some 50% of the European Union’s maritime trade crosses the waters annually.

A most notable highlight in the year was also President Rodrigo Duterte’s move to use the United Nations’ 75th General Assembly to raise the Philippines’ legal victory against China involving the South China Sea.

“The Award is now part of international law, beyond compromise and beyond the reach of passing governments to dilute, diminish, or abandon….We firmly reject attempts to undermine it,” Duterte declared.

The statement was a milestone, considering that since the start of his term in 2016,  Duterte shelved the ruling in exchange for economic benefits from China. The President had likewise repeatedly raised the false threat of war as an excuse for refusing to assert the rights of the Philippines. 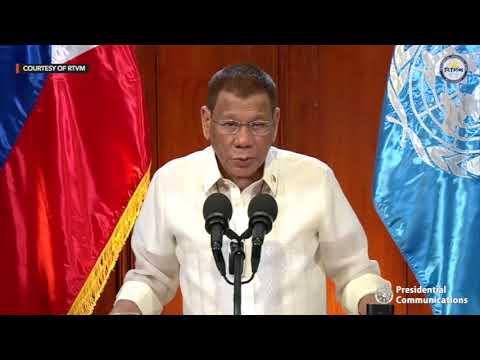 Duterte’s move would have been nearly unimaginable a year ago as there was little fanfare to mark the historic ruling. (READ: Philippines loses to China 3 years after Hague ruling)

Maritime law expert Jay Batongcal from the University of the Philippines College of Law stressed that moves taken by countries to state their positions on China’s claims mattered in putting up a united front that could put increasing pressure on Beijing.

“For the Southeast Asian countries as well, they can actually now fully state that there is no support at all for China’s position and legally, there is no way by which China can claim a basis in international law even if they resort to invoking general international law,” Batongbacal said in a recent webinar hosted by the ADR Stratbase Institute.

“There is nothing there that supports China’s legal position,” he added.

Leading South China Sea analyst Gregory Poling of the AMTI-CSIS echoed this, saying a broad coalition was necessary to push back against China’s aggressive behavior in the region.

Poling said, “China needs to be treated the same way the international community treats other states like Russia, Iran, or for that matter the US and UK when they have lost international arbitrations. Instead we keep giving Beijing special treatment.”

The two legal stalwarts often pointed out that having countries back the award and oppose China’s behavior was one of the best ways to enforce the landmark 2016 Hague ruling.

In a webinar hosted by UP Law, law of the sea expert James Kraska took stock of the progress made in the last year, citing the positive backing of the UK, France, Germany, and countries like Indonesia in Southeast Asia voicing their support for the decision in the arbitral award.

“China likes to say there was nothing to the victory and that’s simply not correct…. The development of the rule of law is not a quick fix. It’s a long-term game and this could be a game of decades,” Kraska said.

Retired General Emmanuel Bautista, former Armed Forces of the Philippines chief of staff, said the Philippines should build on this and continue rallying world support for the ruling while building up its own defenses.

The issue, he said, cuts to the core of defending Filipinos’ rights.

“The West Philippine Sea dispute is the result of China’s transgression of Philippine sovereignty and sovereign rights and therefore we need to push back and defend against China’s gray zone strategy,” he said.

Moving forward, for Carpio, who has taken the lifelong task of defending the Philippines’ rights in the West Philippine Sea, asserting the rule of law – even against a mighty state like China – is a fight that should be taken up and led by the “best and brightest” of legal warriors in the Philippines.

In a battle that is both historic and unfolding, Carpio looked to the rule of law as a “great equalizer” for all nations.

“In this historic battle to secure our EEZ (exclusive economic zone), we must rely on the most powerful weapon invented by man in the settlement of disputes among states – a weapon that can immobilize armies, neutralize aircraft carriers, render irrelevant nuclear bombs, and level the battlefield between small nations and superpowers. That weapon – the great equalizer – is the Rule of Law,” he said in a speech last December 10.

“The battle to defend our sovereign rights in the West Philippine Sea is also a battle for the hearts and minds of the peoples of the world, for in the end we need world opinion on our side to enforce any favorable arbitral ruling against a nuclear-armed China.” – Rappler.com