Duterte to Alvarez: No to divorce law because Sara opposes it 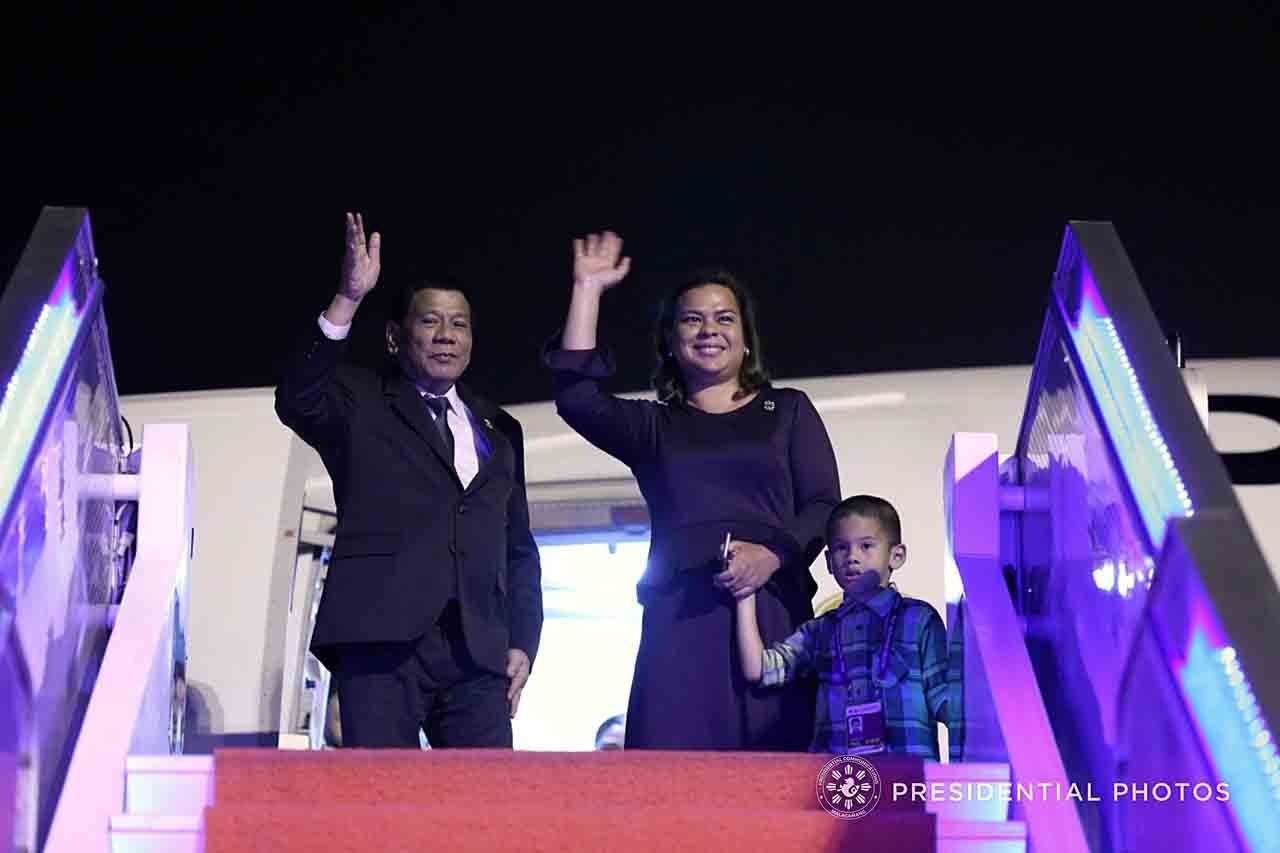 President Rodrigo Duterte briefly and lightly dwelt upon the spat between House Speaker Pantaleon Alvarez and his daughter, Davao City Mayor Sara Duterte Carpio, during his speech at the military’s change of command ceremony.

After acknowledging Alvarez at the start of his speech, Duterte called him the chief advocate of the divorce bill in Congress, and said he could not support the bill supposedly because his daughter opposes it too.

“House Speaker Pantaleon Alvarez, the exponent, or the proponent, of the divorce law, I am sorry but I cannot follow your – my daughter is not happy with that, really,” said Duterte on Wednesday, April 18.

“Mag-usap na lang kayo ni Sara,” he added. (You and Sara just talk it over.)

Malacañang had previously said Duterte was not in favor of legalizing divorce in the Philippines. This was amid the divorce bill reaching the farthest it ever had in the legislative process – approval on second reading in the House of Representatives.

Sara and Alvarez don’t see eye to eye on other things. Just last February, the presidential daughter said her father would be better off without Alvarez as Speaker, and openly called on House members to unseat him.

She also called Alvarez, among her father’s staunchest allies in Congress, an “insecure slob” and a “fat sleaze.”

This was after he supposedly called her part of the opposition and said that she formed her regional political party, Hugpong ng Pagbabago (HNP), without his blessing.