Facebook Twitter Copy URL
Copied
‘For me, if we can support our president it just means that our country will be better,’ says the newly-appointed presidential adviser. Not all may agree, however.

The presidential adviser on creative communication, Paul Soriano, will be rolling out ways to “creatively communicate what’s in the heart” of President Ferdinand Marcos Jr.

This was disclosed in a press conference held on Monday, December 5, for Soriano’s Metro Manila Film Festival (MMFF) entry. The presidential adviser also said he’s been spending the past few months – from his appointment in October till the first week of December – figuring out the ropes of government.

Soriano has been an occasional presence in Marcos’ events. Most recently, he and wife actress, host, and YouTube creator Toni Gonzaga joined the First Family at a Christmas-tree lighting event in Malacañang. Soriano was also part of the official delegation to Bangkok for the Asia-Pacific Economic Cooperation Summit.

“I’ll reach out. I read, and people message…people that I really respect…. We may have a lot of disagreements but maybe we can agree on one thing and let’s do that together…. For me, if we can support our president, it just means that our country will be better,” added Soriano who, when asked, said his relationship with President Marcos remains “casual” when appropriate. 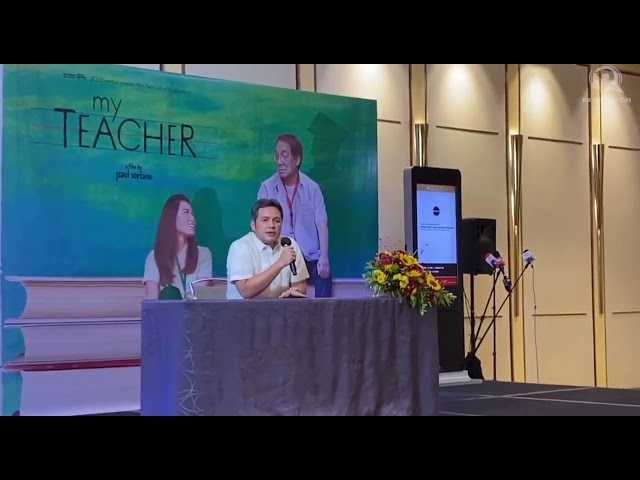 The film and TV director is the nephew of First Lady Liza Araneta-Marcos and wedding godson of both the President and the First Lady. Soriano also helped extensively during the 2022 campaign, directing and rolling out Marcos’ campaign ads.

He’s poised to do the same in his new role as head of the newly-created Office of the Presidential Adviser on Creative Communication.

The logo of the newly-made office was displayed prominently alongside the logos of TEN17P and TinCan, production companies headed by Soriano and Gonzaga, respectively.

Soriano will only be receiving a salary of P1 annually but will have a staff and an office. He also won’t have a budget of his own and will use funds from specific government agencies or departments, such as the tourism department, to implement his projects.

It seems that Marcos’ vision for the creative industry also involves a dose or two of nostalgia – specifically, the kind that harkens back to his parents.

“The President has told me he wants to bring back the scholarships, the grants, we wants to build more cultural infrastructure and help our artists. He was talking about creating communities, villages to help people create, especially those without a platform,” said Soriano.

Imelda Marcos, former first lady and the President’s mother, was a known patron of the arts during the first president Marcos’ decades-long administration. But that patronage also brought with it her infamous opulence and excesses. She spearheaded the rapid construction of the Cultural Center of the Philippines Complex, buildings whose creation cost taxpayers’ money and human lives.

During the campaign, critics of then-candidate Marcos recalled this family’s history and decried the absence of any apology from them. Marcos infamously avoided most mainstream media interviews and all presidential debates during the campaign period.

Soriano echoed Marcos allies in emphasizing the future while downplaying the past, as he talked about reaching out to his colleagues in entertainment.

“I am trying to live in the moment and what the future can bring. If we keep focusing too much on what was yesterday or years ago, we could lose it – we could lose this opportunity. I’ll reach out, I’ll extend a hand to all the people that have criticized me or my wife, I choose to see the good in them because I know they mean well,” said Soriano. 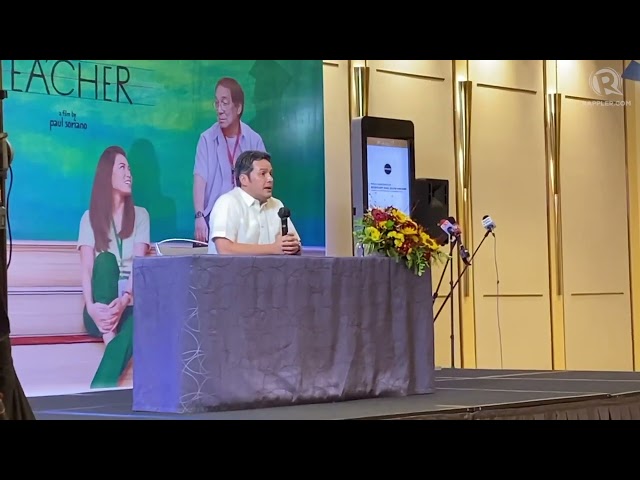 Is any apology for the past forthcoming, critics will surely ask. – Rappler.com