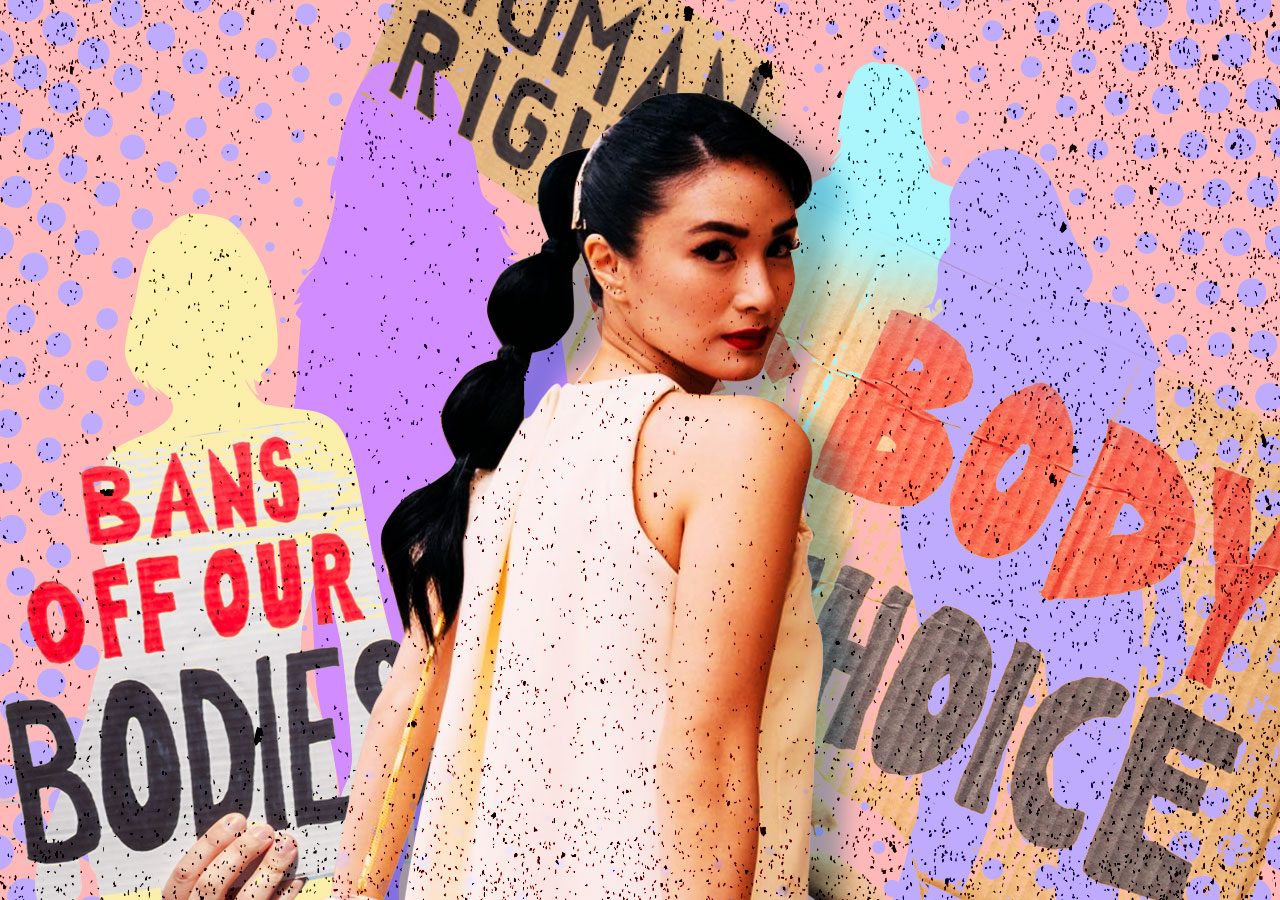 It’s a sentiment that’s been gaining traction among young women today – a marked development given how, not too long ago, being a woman automatically meant being a mother, and to be otherwise was a moral failing.

What might surprise you, though, is that the statement above isn’t coming from a card-carrying feminist with bullhorn in hand, but from Heart Evangelista – the Hermes-toting, couture-clad darling of Fashion Weeks the world over, totem of all things girly and gastadora.

Rappler’s Entertainment team featured her sentiments, as well as her struggles with in-vitro fertilization (IVF), in a recent article. This might prompt some to wonder if we were being too invasive; sure, celebrities’ personal lives are fodder by default, but isn’t covering something as sensitive and personal as childlessness going too far?

Hi again! I’m Marguerite de Leon, Rappler’s Lifestyle and Entertainment (LSE) editor, as well as editor of Voices, Rappler’s opinion section, and my answer is: does the subject have agency in the matter, and is the topic of public relevance?

Being an opinion editor actually helped a bit in this case. Every day, I receive essays from all sorts of people on all kinds of topics, and some of these topics can be sensitive and deeply personal. But the fact remains that the writers of these essays chose to share their experiences and thoughts of their own free will; they practiced agency in the telling of their story. And that’s what makes something worth reading, when an urgent truth is imparted to you with transparency, vulnerability, and a desire to make a change.

Heart’s case wasn’t any different; she has long been outspoken about her struggles to conceive a child and the judgment she’s undergone for being married and childless. The IVF journey and the quote above was from an interview she did in the September issue of L’Officiel Philippines. Earlier in 2018, she had also disclosed her miscarriage on social media, and later on in 2021 had fired back at netizens who were pressuring her to get pregnant. It is clear that Heart chose to share this part of her life to the public; a celebrity of her stature could have otherwise easily kept the whole thing under wraps. We would not have covered this issue if the information came from anyone but Heart – even if it came from her spouse Senator Chiz Escudero, other family members, or her obstetrician.

We also wouldn’t have covered this issue if it didn’t matter to our readers. More and more women – Filipinas very much included – are getting more frank about, and taking more control over, their reproductive health, and that includes the choice to be childless. For someone like Heart Evangelista, who all her life has kept such a meticulously sweet, conventionally feminine image, to join in this conversation is not just unusual, but a signal that not having to be a mother is part of today’s zeitgeist.

What I actually find most important about this question of whether or not to cover such issues is how open celebrities have become in the past decade about crucial and often polarizing topics. Thanks in large part to social media, celebrities have become better able to express themselves in more authentic ways, and this has led them to be vocal advocates of causes, from owning your body and your sexuality, to fighting climate change, to voting for Donald Trump (I never said they were good causes).

I think that’s what has really changed about entertainment journalism. Gone are the days when all actors and actresses had to put on facades obsessively curated by their studio handlers, and anything remotely human about them was depicted by the papers as scandal. These days, Heart Evangelista (and Maxene Magalona, Megan Young, Kim Jones, Nadine Lustre, and Maricar Reyes-Poon) talks openly about not having kids; Paris Hilton discloses the sexual abuse she underwent as a teen; Kim Kardashian pushes for prison reform; and tons of celebrities come out – often quite casually – as LGBTQ+, including our own bisexual, visibly tattooed Miss Universe Philippines 2021, Beatrice Luigi Gomez, who likely wouldn’t have stood a chance 10 years ago simply for being who she is. These days, not only is it the unabashed humanity of a celebrity that gets them the attention, but they are baring themselves of their own volition.

This isn’t to say that celebrities are all about wokeness now. On the contrary, Heart is still posting Gucci underwear on her Instagram; Paris Hilton is still walking runways in hot Barbie pink; Kim Kardashian is still fighting with her sisters on private planes – the world has not exactly turned upside-down. But during those moments when they do decide to take the filters down and be truly honest, we’ll know where our priorities lie. – Rappler.com