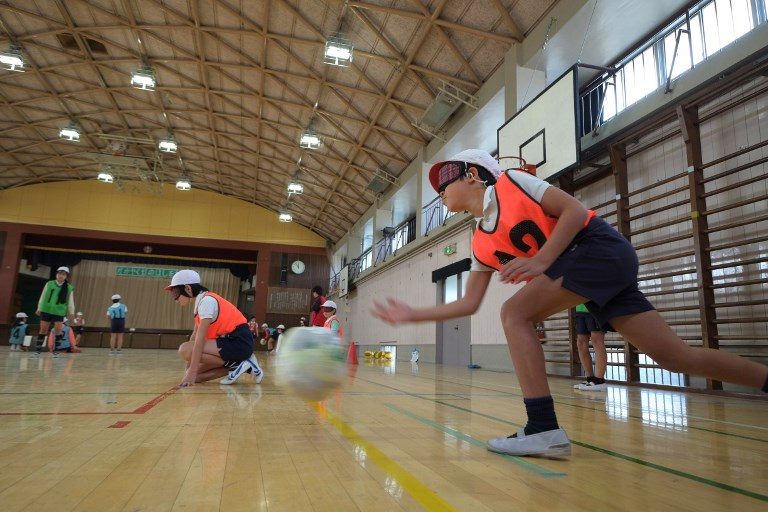 TOKYO, Japan – Nearly half of Tokyo’s residents can’t name a single Paralympian and international sporting officials are worried about the city’s readiness to accommodate athletes. As the 2020 Games approaches, the Japanese capital has work to do.

“If the Paralympics is not a success, the Tokyo Games are not a success,” Tokyo Governor Yuriko Koike told AFP in a recent interview.

So with an eye to filling stadiums, Tokyo has embarked on an overhaul of its infrastructure, making its subway system disabled-friendly and reaching out to hotels to check on their ease of access for wheelchair users.

But while disabled people agree that navigating the city can be a challenge for anyone with an impairment, many say it is the lack of awareness and visibility that rankles most.

With the Paralympics looming, Japan is running a raft of new campaigns ranging from television programs to manga comics, aimed at ending public ignorance of disability and celebrating the community’s athletic accomplishments.

Yuki Goto is one of several disabled reporters enlisted by Japanese public broadcaster NHK, which has also sought to feature Paralympic athletes on its popular sports programs.

“I applied for this job because I realised how ignorant people are about disabled people when I came to Tokyo” from her native Gifu in central Japan, the 21-year-old told AFP.

She was disappointed to see passengers tutting at mentally disabled people for “talking loudly on the train”, and believes raising awareness is the key to tackling bigotry.

Goto was born with a hearing impairment, but can make herself understood thanks to extensive training as a child.

Ultimately, she hopes to erase what she describes as the invisible border between the able-bodied and disabled, which she says is “as insignificant as the difference between a tall person and a short one”.

The campaign to popularize disability sport has also enlisted Japan’s famed manga comics, which have a long tradition of drumming up enthusiasm for sport, with stories featuring football-loving heroes like the beloved “Captain Tsubasa”.

“Manga has to be fun to read, and if readers learn something about para sports as a by-product, that’s great,” said Shueisha chief editor Jun Tanaka.

The efforts also extend to local schools, where children are being encouraged to experience para sports.

“I can’t see. Help!”, blindfolded children yelled as they played goalball, a sport for the visually impaired.

They scrambled across the floor trying to snag a basketball-sized ball with small bells inside before knocking it into the opponent’s goal.

“I was surprised at the darkness when I put on the blindfold but once I got used to it, I enjoyed it a lot,” said Kaito Onogi, an 11-year-old boy.

“We expect children to tell their parents about the experience, and if children say they want to watch the Games, parents will bring them”, said Keigo Tokudome, an official with the “I’mPOSSIBLE” fund that developed the school programme.

Such efforts have been welcomed by Japanese with disabilities, who hope they will produce a lasting change in local attitudes.

“Japanese people are often described as being polite and very kind but they tend to be really awkward around people with an impairment,” said Miki Matheson, a 3-time Paralympic gold medalist for Japan in ice sledge skating.

“In many cultures, disability has been associated with stereotyping, prejudice and stigma” and Japan is no exception, she told AFP.

Matheson, who now lives in Canada, hopes the Paralympic Games will be a chance for Japan to “eradicate or at least reduce stigma towards people with impairments.”

The Games are also a chance to overhaul local infrastructure to accommodate the disabled.

Elevators and ramps are being installed across Tokyo’s famed subway system, with officials saying around 90% of stations are now wheelchair accessible.

Paralympic officials have also asked Tokyo to ensure the accessibility of bathrooms in hotels. Bathrooms in Japan are often entered via a step.

Governor Koike said the adjustments could have benefits for the city well beyond the Games, helping prepare “our city for the super-aging society” that Japan faces.

With two years to go, reporter Goto hopes Japanese viewers will discover just how thrilling para sports can be.

A sports enthusiast, Goto was a top sprinter in her region as a teen, competing against able-bodied athletes despite the split-second delay she experiences in detecting the starter gun.

“The more I have gotten to know about disabled athletes – not only their performance but also their personality, the more passionate I have become about cheering for them,” she said. – Rappler.com