MANILA, Philippines – Boxing legend Manny Pacquiao will again set foot in the ring this 2023 in an exhibition bout to be organized by Japanese mixed martial arts promotion Rizin Fighting Federation, he announced just before the new year on Saturday night, December 31, in Japan. 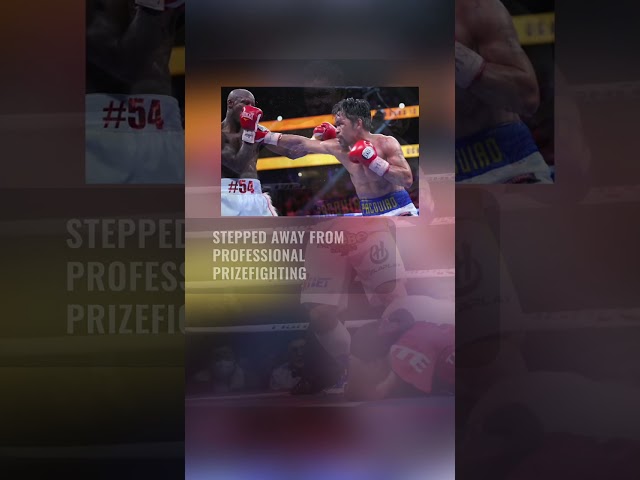 The eight-division Filipino champion made the announcement during an in-ring appearance at the Rizin 40 event at Saitama Super Arena.

“A few months ago, I was here as a guest and today I have a very exciting announcement tonight,” said Pacquiao, who was beside Rizin president Nobuyuki Sakakibara.

“I have agreed with Rizin to fight [in 2023]. The date will soon be announced, and also my opponent that Rizin will choose. And I’m open and excited to fight a Japanese fighter. Thank you,” added the 44-year-old.

Pacquiao stepped away from professional prizefighting after bowing to Yordenis Ugas in a unanimous decision loss that saw him surrender his WBA super welterweight belt in August 2021.

The former senator made his formal retirement announcement just as he was ramping up his presidential bid for the May 9, 2022 elections that he eventually lost.

Rival Floyd Mayweather, who had also been facing opponents in similar exhibition bouts, fought twice under the promotion, in 2018, and last September 2022.