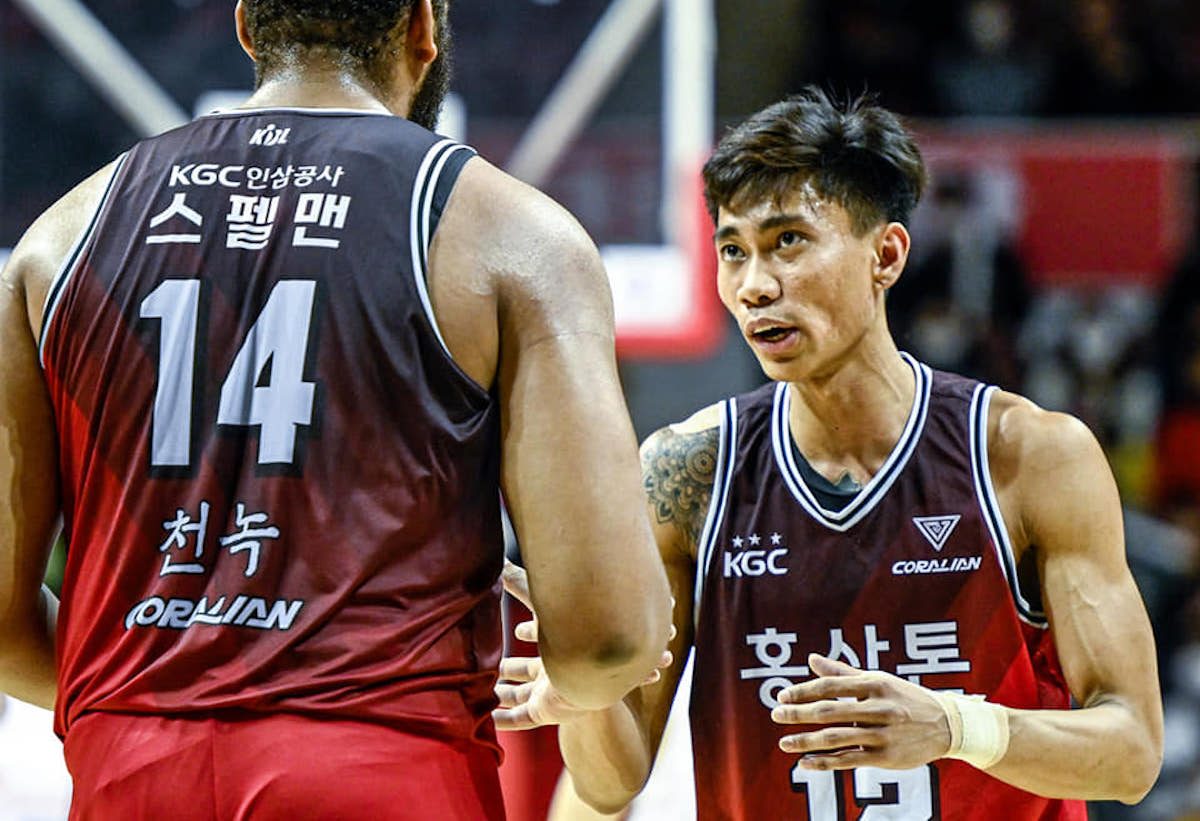 MANILA, Philippines – Rhenz Abando sat out and Anyang KGC saw their winning streak snapped in the Korean Basketball League after an 85-65 beating at the hands of the Goyang Carrot Jumpers on Saturday, January 21.

Coming off a rousing Slam Dunk Contest victory during the KBL All-Star festivities, Abando did not play as the league-leading Anyang absorbed its most lopsided loss of the season after back-to-back wins.

Goyang jumped to a 41-32 halftime lead and never looked back thanks to four players scoring in double figures led by import Dedric Lawson, who finished with 23 points, 8 rebounds, 3 assists, and 3 steals.

Jeon Seong-hyen also put up 23 points for the Carrot Jumpers, who stretched their hot streak to five straight wins and improved to 18-15 for fifth place.

Only two players scored in double figures for the KGC, with Byeong Jun-hyeong and former NBA player Omari Spellman recording 13 and 11 points, respectively, in the blowout defeat.

Anyang remained at the top spot with a 22-10 record.

Meanwhile, Ethan Alvano delivered 12 points, 3 rebounds, and 2 assists as the Wonju DB Promy halted a two-game skid with an 85-82 win over the Seoul Samsung Thunders in a battle between the two bottom teams in the standings.

While Alvano and the Promy held on to the narrow win, Dave Ildefonso and the Suwon KT Sonicboom suffered a heartbreaker following a 76-73 loss to the Seoul SK Knights.

Ildefonso posted 5 points and 2 rebounds for Suwon, which fell short of its fourth-quarter comeback on the way to its third defeat over the last four games.

The Sonicboom, who sit at seventh place with a 14-18 record, outscored the Knights 15-6 in the final period but to no avail.

Former PBA import Lester Prosper tallied 3 points and 4 rebounds in the loss as Seoul climbed to 18-14 for fourth place. – Rappler.com