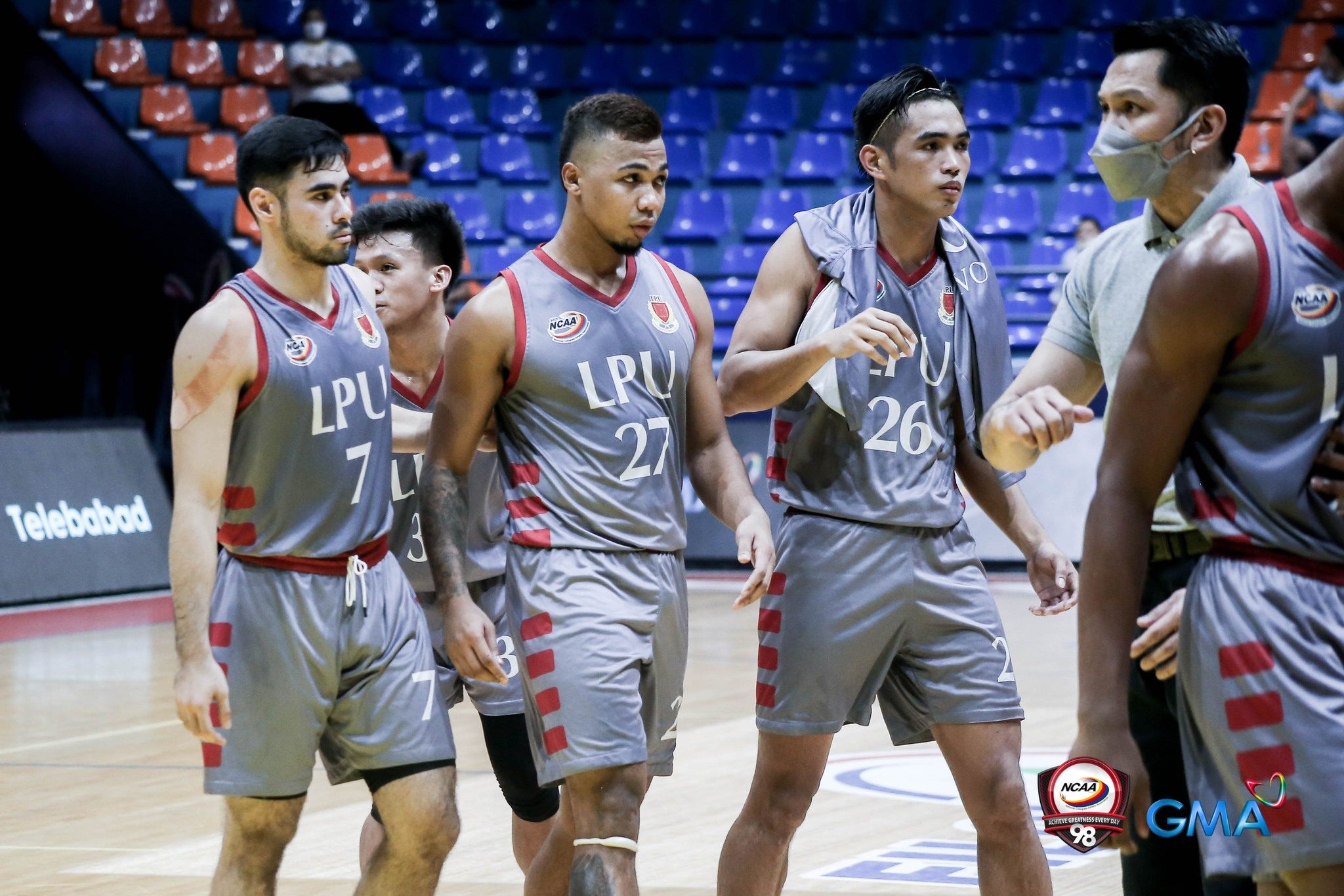 Facebook Twitter Copy URL
Copied
Omar Larupay knocks in the game-winner in a Lyceum upset win that pushes San Beda down to fourth, while Mapua cruises past Arellano

Larupay saw an opportunity underneath with 5.3 seconds left off a key assist from Renzo Navarro to put the Pirates back on top.

The Red Lions still had a chance to seal the win at the buzzer but Gabriel Cometa missed his game-winning attempt.

With the stunning win, Lyceum claimed the third spot with a 10-6 card, while pushing San Beda down to fourth with a 9-5 record.

Larupay led with 15 points, 9 in the fourth quarter, including another clutch basket that tied the game at 78-all. He also finished with 7 rebounds.

Navarro added 10 points, 4 rebounds, and 7 assists for the Pirates.

The third canto saw a back-and-forth clash between the two teams before San Beda pulled ahead, 62-57.

But the Red Lion’s five-point deficit quickly vanished as Larupay cut the lead to three followed by a Navarro bucket.

James Kwekuteye played a key role for San Beda to finish with 10 points but missed two crucial free throws after Larupay knotted the contest at 78.

Earlier, the Mapua Cardinals blasted the Arellano Chiefs, 67-47, for their fourth straight victory.

Mapua carried their momentum from a strong first half start, leading as many as 28 points in a fiery third quarter that saw the Cardinals outscore the Chiefs, 16-7, to end the frame at 52-28.

Shane Menina, who missed the Chiefs’ last two games due to back spasms, attempted to rally Arellano back in the final quarter, but back-to-back treys from Paolo Hernandez gave Mapua a comfortable 63-38 lead.

Menina posted 10 points, while Axel Doromal added 10 of his own for the Chiefs.

Mapua and Arellano wound up with identical 6-9 records, with both teams still keeping their hopes up for a playoff seat.