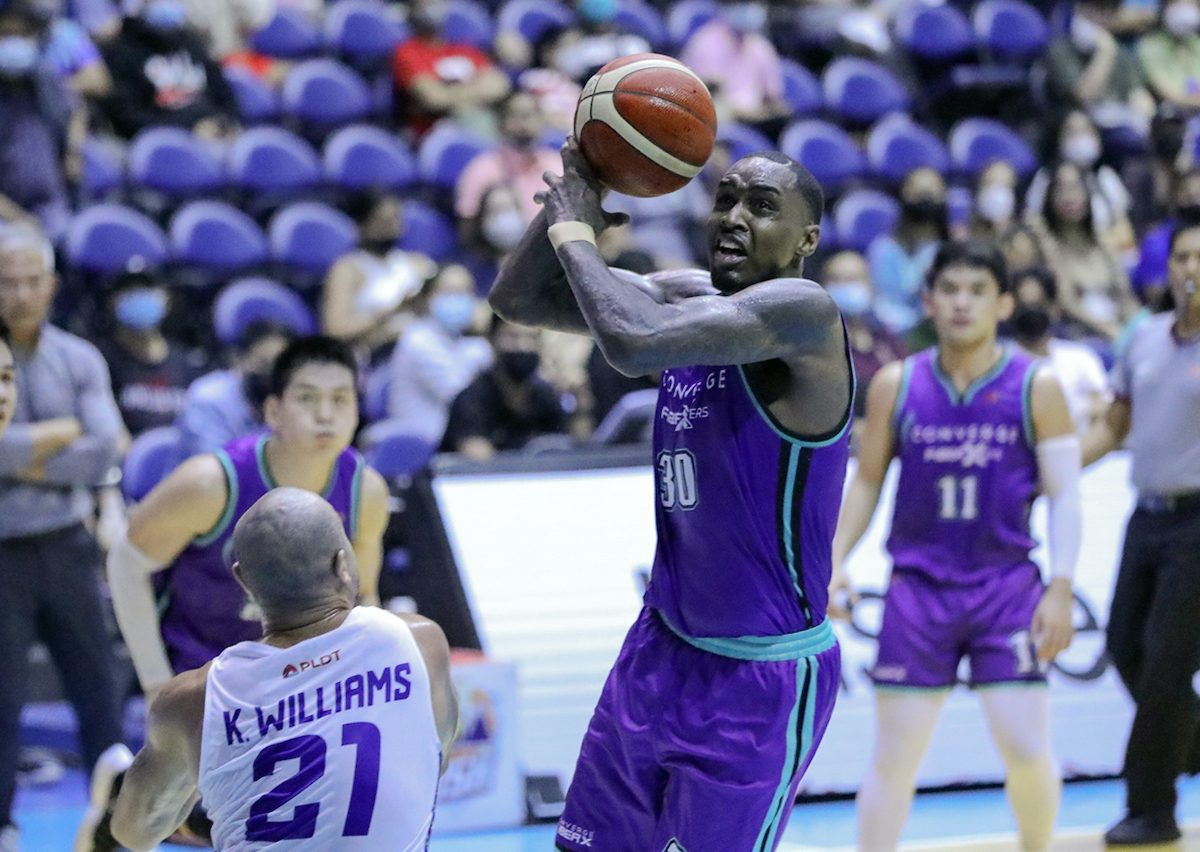 SIDELINED. Quincy Miller sits out as he watches Converge lose for the first time in over a month.

MANILA, Philippines – Quincy Miller faced the consequences of his action as he got benched by coach Aldin Ayo in their 112-97 loss to NorthPort on Sunday, November 20, that snapped the seven-game win streak of Converge.

Ayo bared that the former NBA player failed to show up in time for practice after overextending his birthday celebration.

“He overextended his birthday celebration,” said Ayo in a mix of Filipino and English. “He was late for an hour and somebody had to wake him up just to inform him that we have a practice.”

“We felt that…I think he needs more rest, more sleep so that he can recover. That was the reason why I did not field him in.”

Miller has been the most prominent figure in the FiberXers’ impressive campaign, averaging 30.7 points, 16.4 rebounds, 3.6 assists, and 3 blocks.

The wiry import came in full gear against the Batang Pier only to sit on the bench the entire match as he watched his squad lose for the first time in over a month.

Ayo said Miller apologized to the team for his tardiness, but the decision to sideline him remained.

“He wanted to play but we explained everything to him. These are the consequences if he is going to do things that are not appropriate for our objective,” Ayo said.

The loss cost Converge a chance to gain a share of the top spot as it dropped to solo third place with an 8-3 record.

It also dented the FiberXers’ bid for a twice-to-beat bonus in the quarterfinals, with Converge trailing Bay Area (9-2) and Magnolia (8-2) for the playoff incentive and facing a threat from fourth-running Barangay Ginebra (6-2).

But Ayo said the FiberXers need to clean up their own backyard first before they turn their focus to the standings.

“If you keep on chasing that spot, but if there is anything amiss with your preparations, your foundation, and if you overlook the important things, in the long run, it will haunt you,” Ayo said.

“Until now, we’re still establishing our foundation and we make sure that we’re always grounded.”

Converge ends the elimination round against Ginebra on November 30 at the PhilSports Arena in a game that will be crucial in the battle for the twice-to-beat bonus. – Rappler.com