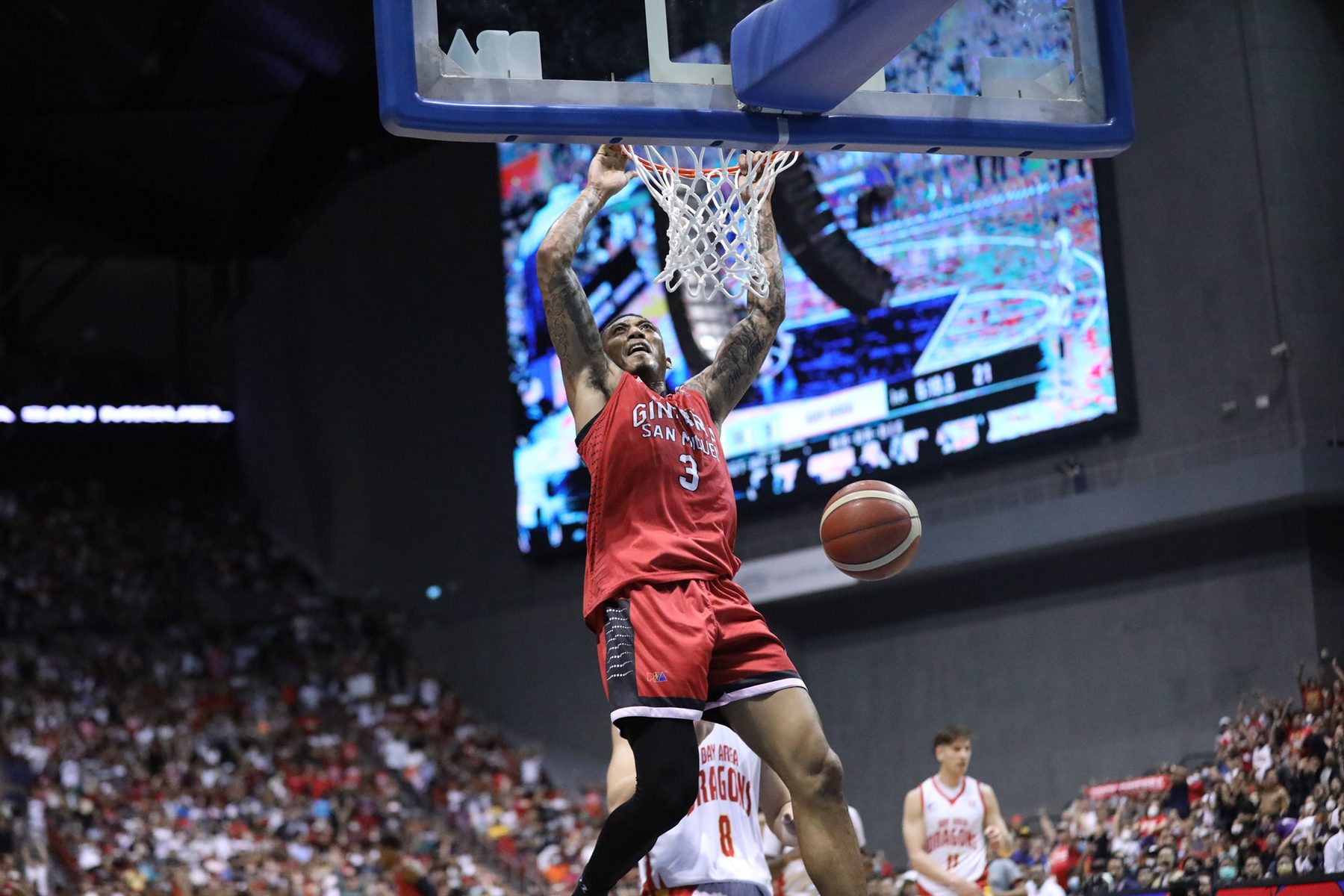 MANILA, Philippines – Jamie Malonzo quickly proved that his trade to Barangay Ginebra was a match made in heaven as he helped the Gin Kings win the 2022 PBA Commissioner’s Cup title after a seven-game battle against the Bay Area Dragons.

Acquired in a mid-season trade with the NorthPort Batang Pier for a package centered around Arvin Tolentino, Malonzo steadily earned his spot in head coach Tim Cone’s rotation, and gradually got more playing time as the playoffs rolled around.

Despite having off nights expected from a second-year player, the 26-year-old high-flyer showed up when it mattered most and capped off the conference with a 22-point, 17-rebound eruption in the title-clinching Game 7 in front of 54,589 fans at the Philippine Arena.

After winning his first PBA title, a visibly giddy Malonzo told reporters that there is so much more in store for him and his fast-growing fan base.

“First conference is just scratching the surface together. For sure, I left it all on the line tonight. Game 7 in my first finals so I just want to get the job done. I was telling my teammates, ‘Anything we got to do to win,'” said the former one-and-done La Salle recruit.

Seen by many as the successor to the uber-athletic, yet aging and ailing Japeth Aguilar, Malonzo will have some big shoes to fill as he continues to play for the PBA’s most popular team and second-winningest franchise behind San Miguel.

“I still feel like I’m still growing. So much left to work on, so much to take on this off-season. Break for a couple of weeks. I just want to keep my foot on the gas. I just think I’m getting better every conference,” he said.

In his first run with Ginebra, Malonzo finished with averages of 12.2 points, 7.0 rebounds, 2.1 assists, 1.7 steals, and 0.9 blocks – stellar numbers for a local in an import-laden conference. – Rappler.com