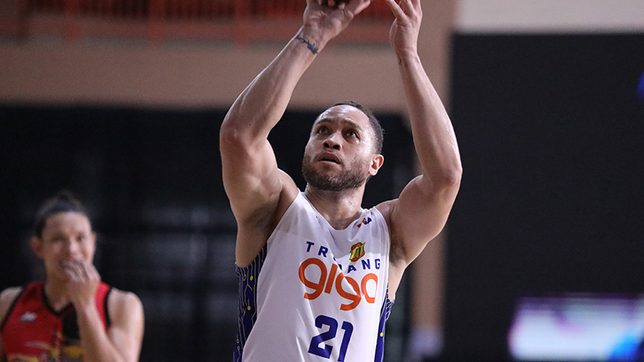 Facebook Twitter Copy URL
Copied
Chot Reyes and Kelly Williams are back in the PBA finals just like old times, with TNT facing Magnolia for the Philippine Cup championship

It was Chot Reyes who convinced Kelly Williams to come out of retirement after being handed the coaching reins of the TNT Tropang Giga.

Coaching in the PBA for the first time in nearly a decade, Reyes needed a familiar face in Williams as he was tasked to help the Tropang Giga regain their lost glory following a six-year title drought.

Now, Reyes and Williams are back in the PBA finals just like old times, with TNT facing Magnolia in a best-of-seven duel for the Philippine Cup championship starting on Wednesday, October 19.

“It’s a journey of two old men,” Reyes said about his relationship with the 39-year-old Williams, whom he won three PBA titles with.

“I think it’s the best way to describe it: a journey of two old men who refuse to accept the limitations of time and the regular limitations that people put around, saying that you’re too old or you’ve been away for a while.”

TNT missed the production and the veteran leadership of the former PBA MVP as it fell short of the all-Filipino championship last season after succumbing to Barangay Ginebra.

But with the Tropang Giga bringing Reyes back to their fold, Williams decided to give his storied PBA career another go.

“[W]e all know the adversities that he’s gone through. My job was just to give him the platform, give him the opportunity,” Reyes said.

“[E]ven when he was in retirement, just knowing that there was still that fire within him, [I asked him] if he was open to doing it again.”

Starting in all of the 15 games he saw action in for TNT, Williams proved he still has plenty of gas left in the tank as he averaged 7.3 points, 6.5 rebounds, 1.5 assists, and 1.5 steals.

He got sidelined for the first four games of their semifinals clash against San Miguel due to health and safety protocols, but returned just in time to key the Tropang Giga to a seven-game conquest of the Beermen.

“I’ve said it all year how grateful I am to Chot for bringing me back. This time last year, I had one foot on the plane, trying to sell my things,” Williams said as he planned to return to the United States.

“To be where I’m at now, I can’t be anymore grateful. I just want to enjoy the situation we’re in, going to the finals, and enjoy it as I’ve had the honor in previous years and enjoy the experience.” – Rappler.com