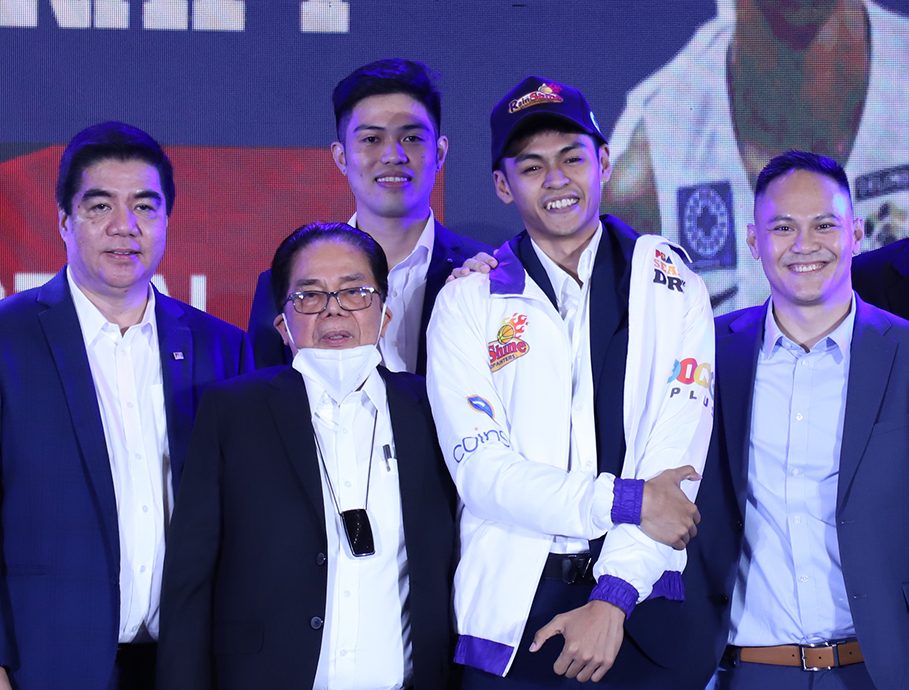 TOP FIVE. Rain or Shine selects Gian Mamuyac as the No. 5 overall pick.

Facebook Twitter Copy URL
Copied
Fresh from a heart-wrenching UAAP finals loss, former Ateneo standout Gian Mamuyac fulfills his longtime dream as Rain or Shine drafts him in the PBA and Gilas Pilipinas adds him to its pool

MANILA, Philippines – Gian Mamuyac cried his heart out as he bid his UAAP career goodbye with a heartbreak following the Ateneo Blue Eagles’ failed four-peat bid.

Guarding Joel Cagulangan, Mamuyac saw the UP guard drain the game-winning three-pointer in the do-or-die Game 3 of the Season 84 finals that ended the Fighting Maroons’ 36-year search for its next UAAP title.

But sorrow turned into joy for Mamuyac, who fulfilled his longtime dream of making it to the PBA after being selected by Rain or Shine as the No. 5 overall pick in the PBA Draft on Sunday, May 15.

“Totally different emotions,” Mamuyac told reporters as the draft came to a close with 52 out of the 66 eligible players hearing their names called. (FULL LIST: 2022 PBA Season 47 Draft)

“Coming off an emotional loss, I was really sad. But here I am now, I was drafted in my dream league.”

To further soften the blow of his UAAP finals loss, Mamuyac got picked by Gilas Pilipinas head coach Chot Reyes as one of the new pool players of the national team.

Mamuyac will be joined by fellow PBA draftees Justin Arana, Javi Gomez de Liaño, and Shaun Ildefonso as Gilas Pilipinas expanded its pool in preparation for the 2023 FIBA World Cup.

“It is one thing to be drafted in the PBA and I’m lucky Gilas picked me,” he said.

“I’m really happy and excited for whatever is next.” – Rappler.com