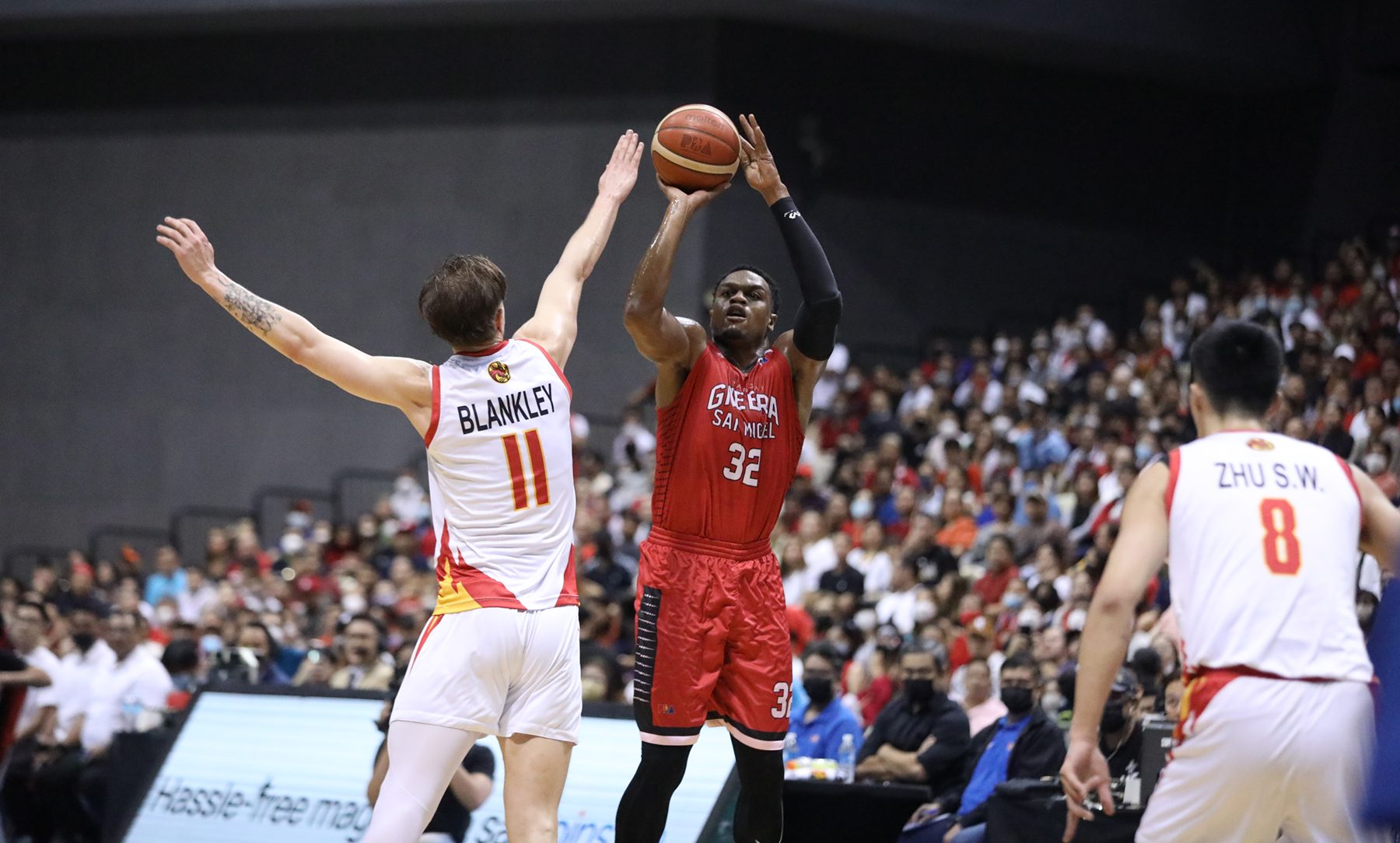 At the center of it all is Ginebra’s resident import Justin Brownlee, who is still perfect in the finals after winning his sixth championship in just as many tries.

Winning may be getting a little old hat for the 34-year-old superstar, but this particular title tugs a little bit harder on Brownlee’s heartstrings, as he celebrated it only as an import on paper.

“We played with all Filipinos tonight, for the first time since I’ve been here. So, that was very special. The teammates, all my teammates definitely congratulated me and they were telling me how proud they are for me becoming a Filipino. It was very special,” he said after the 114-99 title-clinching blowout.

After being introduced as “our new kababayan” (countryman) in the league’s elaborate pre-game introduction ceremony, Brownlee proceeded to overwhelm Bay Area with an early scoring barrage, and at one point was responsible for 23 of Ginebra’s first 50 points.

Overall, the 6-foot-5 all-around star finished with 34 points on a stellar 14-of-22 clip, 4-of-7 from three, a game-high 12 assists, 8 rebounds, and 3 blocks, as the rest of his fellow Filipino standouts took over in the second half.

“And just to top it off with a win, you know, this win is not only for Ginebra, this is for the whole country,” Brownlee continued.

“We played an international team, and we got to give a lot of credit to Bay Area. They came out and played tough. They were coached very well and I’m just happy that we got away with a win tonight.”

As the process sped up in the latter half of 2022, Brownlee juggled games, Senate hearings, and practices for both Ginebra and the Gilas Pilipinas national team, where he will most likely suit up for soon as the 2023 FIBA World Cup approaches.

Brownlee has another long journey ahead of him donning blue colors after eight years of wearing red, but that is another chapter for another day.

For now, the Ginebra legend of “Justin Noypi” continues to grow. – Rappler.com