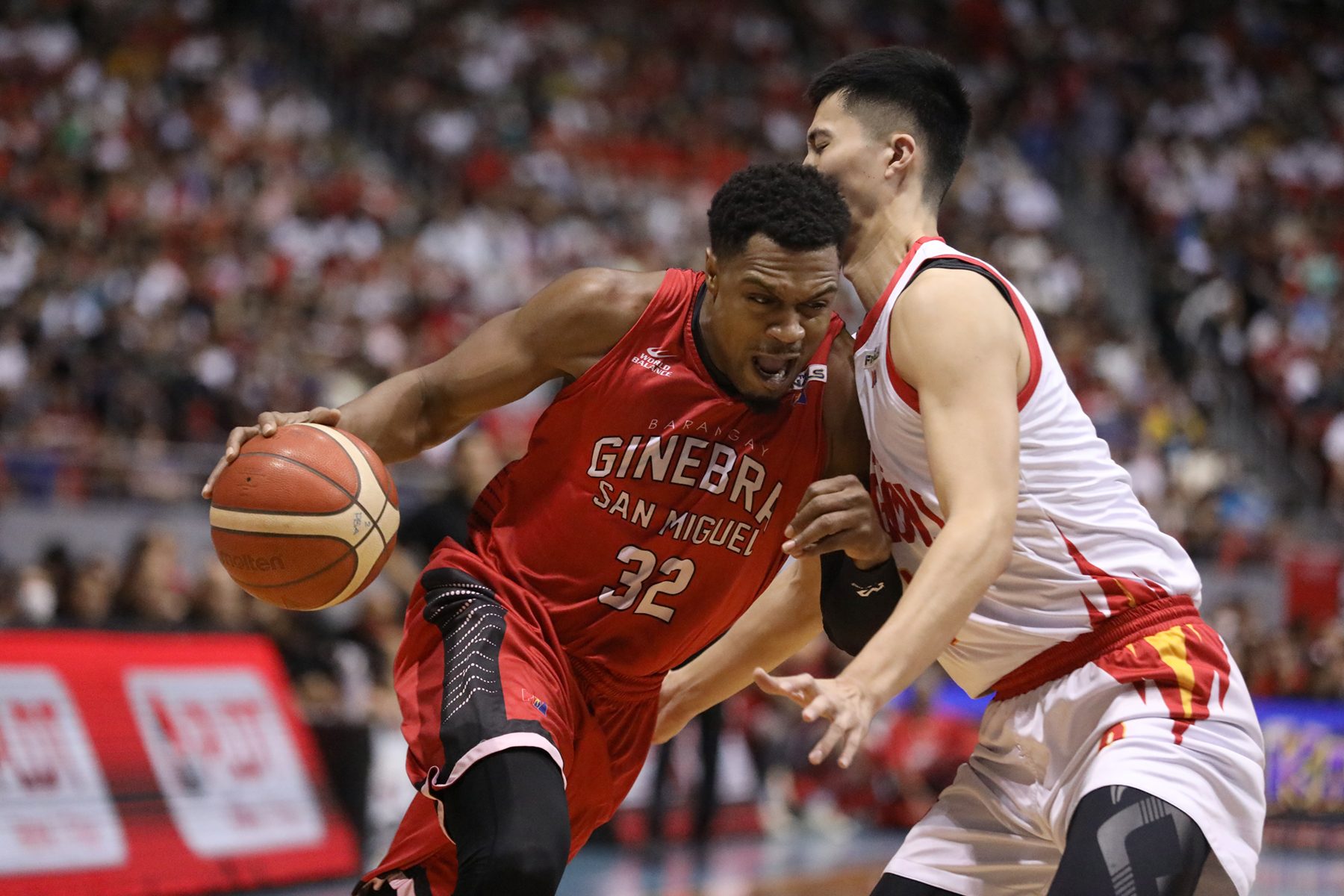 BOCAUE, Philippines – For the fourth time in six conferences, Barangay Ginebra found itself atop the PBA landscape after blowing out the Bay Area Dragons in Game 7 of 2022-2023 Commissioner’s Cup finals, 114-99, at the sold-out Philippine Arena in Bocaue, Bulacan on Sunday, January 15.

Justin Brownlee capped off another magical series with game-highs of 34 points, 12 assists, and 3 blocks to go with 8 rebounds, while Jamie Malonzo – who dropped a huge double-double of 22 points and 17 rebounds – also came through for the Gin Kings in front of nearly 55,000 fans.

Reigning MVP Scottie Thompson finished with 18 points, 9 boards, a game-high 6 steals, and 4 assists with no turnovers in a 40-minute run as Christian Standhardinger scattered 12 points, 10 rebounds, and 6 dimes before capturing the Finals MVP award after his stellar play in the thrilling best-of-seven series.

From a small 31-27 advantage early in the second quarter, Ginebra broke apart Bay Area’s defense – and ultimately, the guest team’s morale, after outscoring its foes with a huge 30-12 breakaway, emphatically capped off by a Japeth Aguilar putback dunk for a 61-39 gap to greet the halftime buzzer.

The Dragons’ woes only got worse at the turn of the second half as the Gin Kings pushed their lead as high as 28 points, 75-47, off 5 straight points from Malonzo with 8:26 left in the third period on the way to a dominant finish.

Bay Area only got as near as 13 points, 93-106, with 3:44 left in regulation before a final 7-0 Ginebra run, capped with a Thompson floater right at the 2-minute mark put the result out of doubt in favor of the Philippines’ representatives.

“Frankly, we were angry after Game 6. We didn’t want to go to a Game 7. We had Game 6 in hand, we had that nice comeback, then we let it slip away, and we felt angry about that,” said Ginebra head coach Tim Cone after extending his legendary record to 25 PBA championships.

“I think that anger spilled over to Game 7. Our guys were really locked in from the very first minute. I really feel that they could feel the energy of the crowd, the 54,000 who were here.”

Despite getting locked down to one of his worst shooting nights yet in the PBA, former NBA player Myles Powell proved he is still a cut above the rest and put together a 29-point line, 14 coming in the third quarter alone, on a 9-of-22 clip with 7 rebounds and 5 assists.

Chuanxing Liu put his 7-foot-5 frame to great use in the losing effort and tallied a 17-point, 13-rebound (10 offensive) double-double for his best game yet in Asia’s oldest pro basketball league.

Sniper Kobe Lam also had a double-double finish of 13 points and 10 boards, but only shot 5-of-16 overall and 1-of-8 from three.

With its latest title win, Ginebra has surpassed Alaska and Magnolia with 15 PBA championships to its name. Now, only the San Miguel Beermen remain in the Gin Kings’ sights with a near-untouchable 28 league titles in their collection spread across 47 seasons.