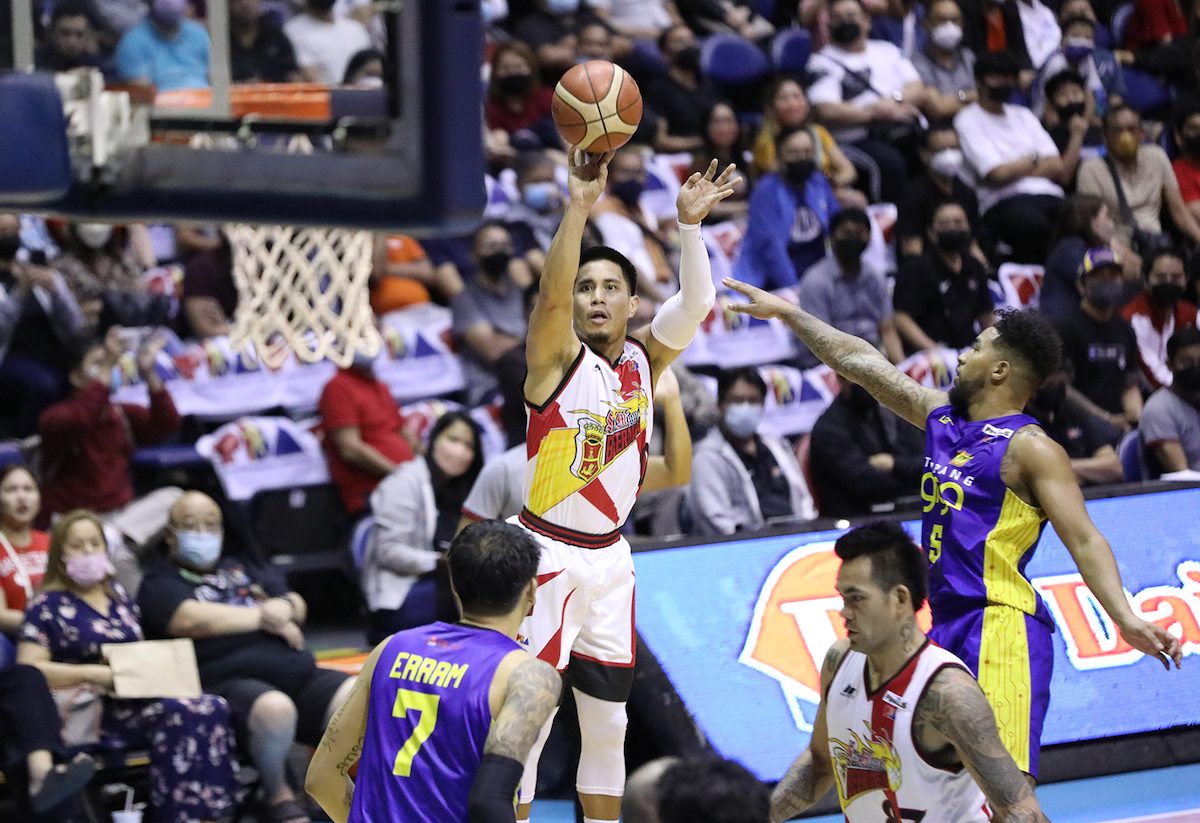 Lassiter and Enciso knocked down 6 treys each out of the total 16 triples the Beermen sank on the way to an 18-point romp that knotted the best-of-seven title series at 3-3.

Red-hot from the get-go, Lassiter dropped 12 of his game-high 22 points in their sizzling first-quarter performance that ended with San Miguel enjoying a 40-24 lead.

Enciso then picked up where Lassiter left off in the second quarter as he scattered 17 of his 20 points in the period and helped his side build a lead as big as 26 points in the first half.

The Tropang Giga sliced their deficit to half at halftime, 50-63, and even got within 9 points thrice in the third quarter but eventually ran out of steam, with the defending champions badly missing the presence of injured star Jayson Castro.

Castro, who sustained a sprained ankle the previous match, sat out Game 6.

June Mar Fajardo and Jericho Cruz then took charge late in the third frame as the Beermen extended their lead to 24 points going into the final salvo, where it grew to its biggest at 30 points.

CJ Perez backstopped Lassiter and Enciso with 20 points, 4 rebounds, and 3 assists, while Fajardo delivered a double-double of 10 points, 12 rebounds, and 5 assists as he rebounded from a scoreless opening quarter.

TNT star Roger Pogoy dropped 31 points, but that went down the drain in the most lopsided loss of this finals.