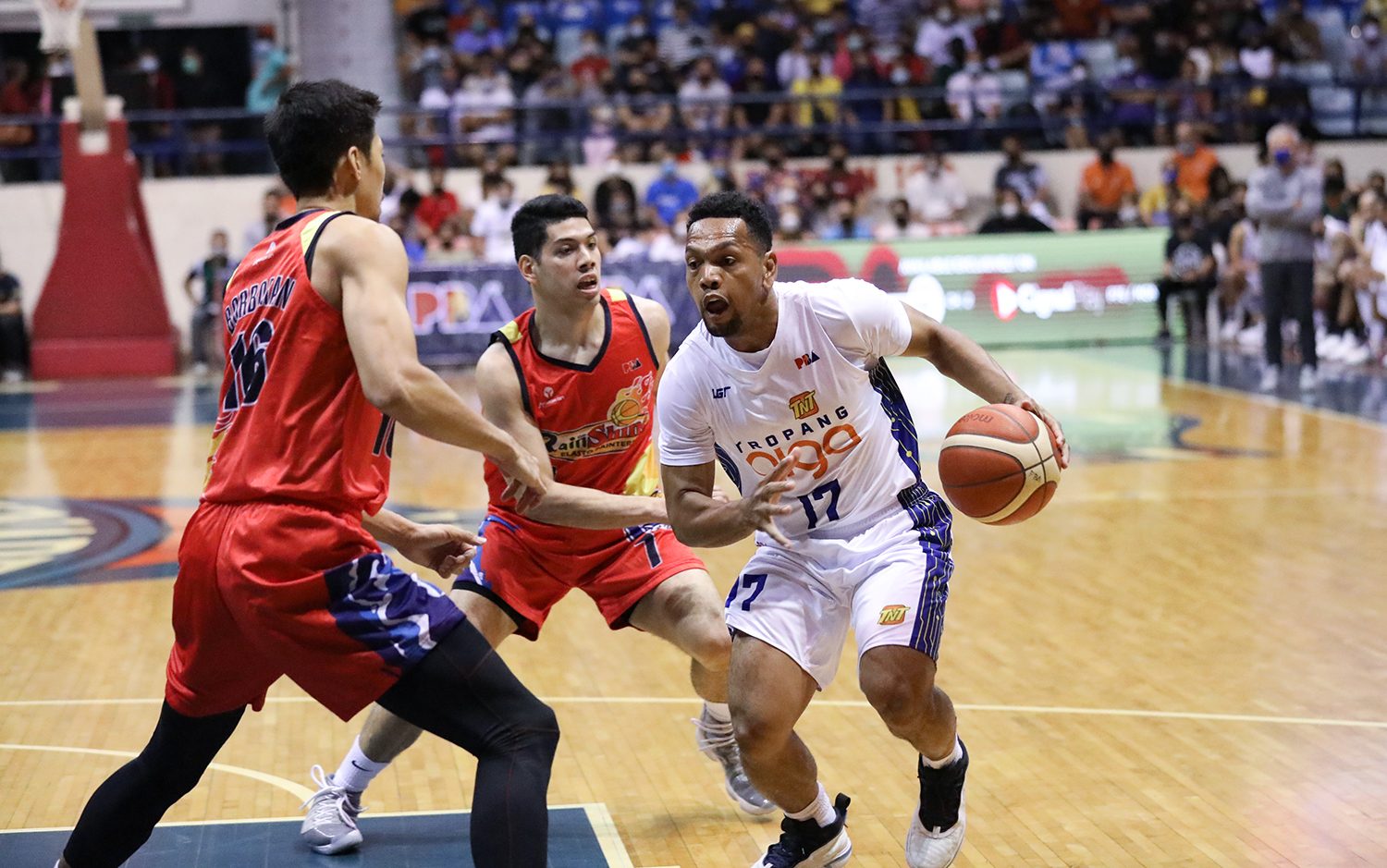 MANILA, Philippines – The TNT Tropang Giga picked up their second straight win in the PBA Philippine Cup after outlasting the Rain or Shine Elasto Painters in overtime, 89-85, at the Ynares Center in Antipolo on Thursday, June 23.

TNT banked on a balanced attack as five players scored in double figures, but it was Troy Rosario who led the way with 19 points, to go along with 8 rebounds and 3 blocks.

High-scoring guard Mikey Williams, the runner-up to Scottie Thompson in the MVP race last season, finally made his season debut for the Tropang Giga after a long contract negotiation and added 15 points, 3 rebounds, and 6 assists in the win.

Poy Erram, who came up with the go-ahead basket in the extra period, had a double-double of 13 points and 10 rebounds, while RR Pogoy and Jayson Castro chipped in 12 markers apiece for the Tropang Giga as they improved to 4-2.

After a back-and-forth first half, where Rain or Shine only led by 3 points, 40-37, the Elasto Painters got off to a sizzling start in the third period and extended their slim three-point advantage to as many as 16 points, 56-40, off a layup by Leonard Santillan, midway through the quarter.

Two consecutive layups by Rosario and Castro knotted the score at 78-all, before Rey Nambatac and Erram missed on their potential game-winning baskets for Rain or Shine and TNT, respectively, at the end of regulation.

In overtime, with the game still tied at 85 apiece with 1:18 left on the game clock, Erram made up for his miss late in the fourth frame with an undergoal stab to put TNT on top by 2, 87-85.

Rain or Shine then once again banked on Nambatac to deliver the crucial basket down the stretch, but he failed to hit the mark anew on his three-pointer with only 9 seconds remaining as Castro iced the game in the following possession with two free throws.

Mike Nieto’s solid outing of 19 points on 8-of-14 shooting, 9 rebounds, and 3 assists for the Elasto Painters went for naught as they absorbed their fourth straight loss and slipped further to 1-4 in the standings.

Gian Mamuyac, Rain or Shine’s fifth overall pick in the 2022 PBA Draft, also showed off his wares and backstopped Nieto with 18 points, 6 rebounds, 3 assists, and 3 steals in the heartbreaking loss.