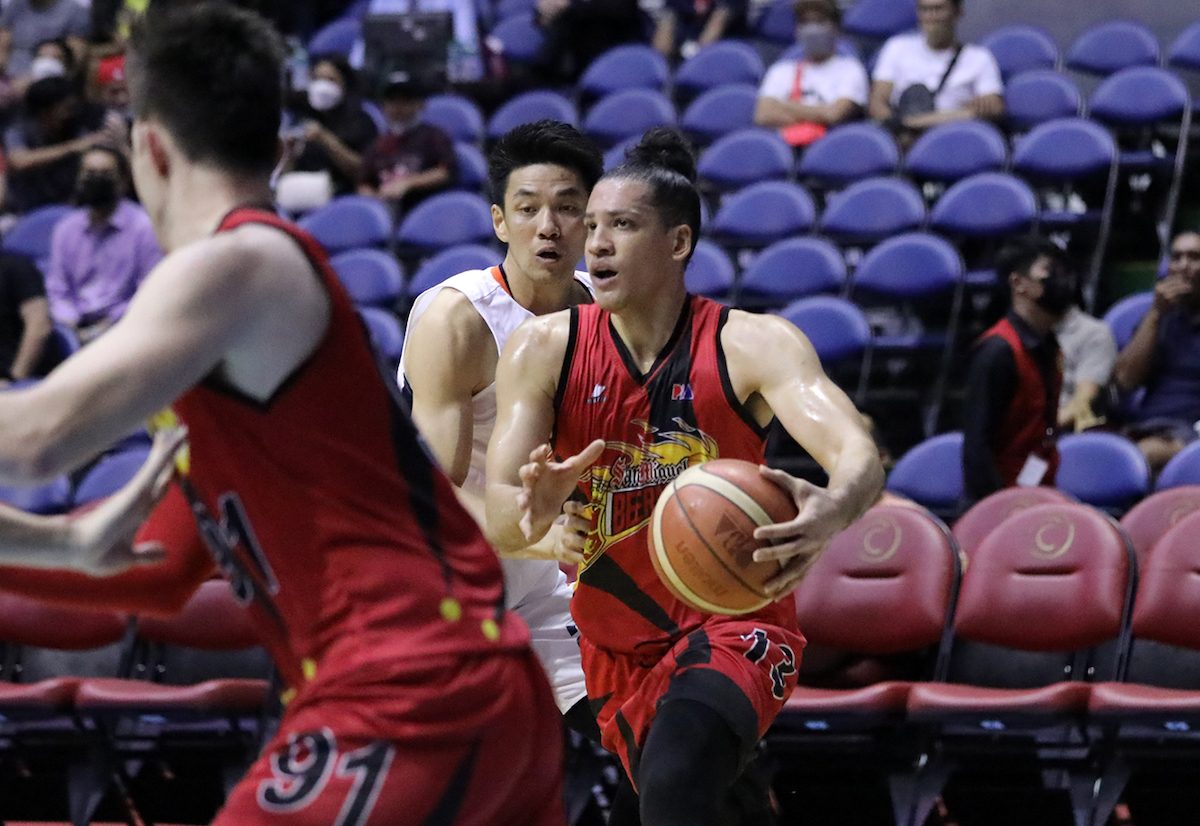 MANILA, Philippines – The PBA suspended the referee who missed a crucial call in the Commissioner’s Cup clash between San Miguel and Meralco last Friday, December 2.

Veteran referee Peter Balao will not officiate PBA games until the end of the conference after failing to whistle a backcourt violation on Marcio Lassiter as the Beermen escaped with a 113-108 victory over the Bolts.

Lassiter crossed the half-court line with 10 seconds left before he dished the ball to import Devon Scott, who got fouled and drained the win-sealing free throws.

PBA commissioner Willie Marcial, though, said Balao’s suspension does not stem from the missed call alone.

According to Marcial, the league assesses the performance of its referees on a regular basis and the missed call proved to be the last straw.

With the win, San Miguel will enter the quarterfinals on a four-game winning streak as it faces fourth seed Converge in a best-of-three series starting on Wednesday, December 7.

Meanwhile, Meralco ended its campaign on a three-game skid and missed the playoffs for the first time in three years. – Rappler.com