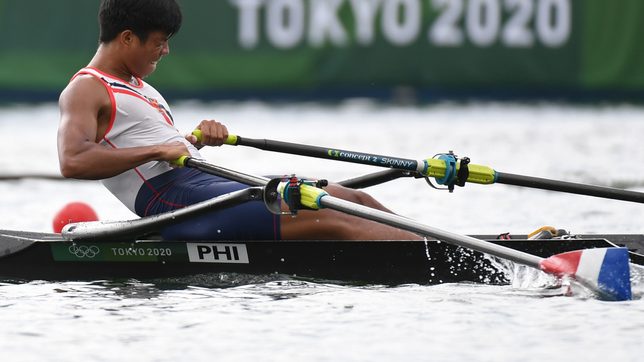 Nievarez clocked his best time of 7 minutes and 21.28 seconds in the Tokyo Games for a fifth place finish in the classification final D.

This surpasses his Olympic debut time of 7:22.97 in the preliminary round that clinched him a quarterfinal berth last Friday, July 23.

Heading into his final event, Nievarez had a chance to clinch his highest possible finish at 19th, and the worst at 24th place, out of the 32 participating rowers.

Nievarez missed his medal chance when he failed to advance to the semifinal A/B during his quarterfinal run.

The first-time Olympian was the only Southeast Asian qualifier in the men’s singles sculls.

A lean 5-foot-11 native of Atimonan, Quezon, Nievarez became the first Filipino rower in 20 years to qualify for the Olympics since sport legend Benjie Tolentino. – Rappler.com