Facebook Twitter Copy URL
Copied
‘He instills brotherhood and he gives his players all the confidence they need,’ Evan Nelle says of new La Salle coach Topex Robinson as the Green Archers hotshot decides to play his final year

MANILA, Philippines – On the same day news came out that the DLSU men’s basketball program tapped a new head coach, more positive developments manifested within the team as veteran point guard Evan Nelle decided to play one more season in green and white.

Nelle, who attended team practice for the first time in 2023 on Thursday, January 19, said his decision was impacted by the arrival of new head tactician Topex Robinson, as the two share a good relationship.

“I saw first hand in the NCAA how coach Topex would run a team when he was with LPU,” Nelle told Rappler, having previously gone up against Robinson’s team, the Lyceum of the Philippines, when he was still playing for San Beda.

“He instills brotherhood and he gives his players all the confidence they need. I’m excited to play under him and return to DLSU for one last ride. Animo.”

The return of Nelle, a capable floor general who can also hit consecutive buckets from beyond the three-point arc, will be important as Robinson aims to steer the Green Archers back to the UAAP finals in his first season.

A Mythical Five-caliber guard, Nelle will be an extension of the coach on the floor and tasked with most of the ball-handling duties now that all-around talent Deschon Winston has departed.

La Salle’s roster from last season, save for Winston, is returning and will welcome new additions, such as sharpshooter DeRohn Mitchell Jr. – Rappler.com 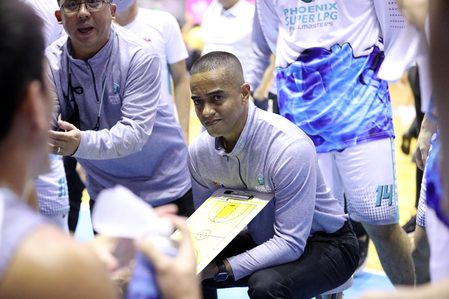